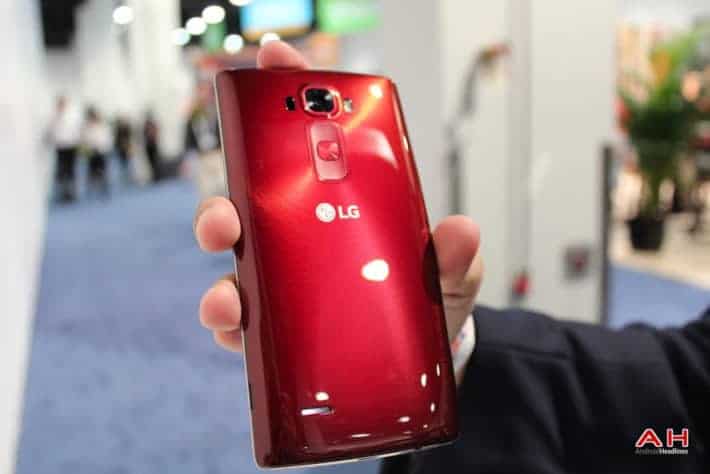 Earlier this year, back in January, LG announced the G Flex 2 during CES 2015 and it was the first device to be announced with a Snapdragon 810 and one of the few devices on the market to feature a flexible display, and indeed a flexible design outright. It's an interesting device and as a result of the early reveal in January, it's taken some time for the G Flex 2 to reach mainstream markets. Availability has been confirmed for a number of US carriers, but we were all wondering about those across the Atlantic in Europe. Vodafone has come forward today as one of the first UK networks to confirm that they'll be carrying the device, and has opened pre-orders for the device.

For the first 500 who pre-ordered the G Flex 2 on Vodafone, they'll be getting a free G Watch R and there doesn't appear to be any further promotions when pre-ordering the device. For those interested in getting their hands on the G Flex 2 on contract, Vodafone only has pricing for a free phone listed right now, which pretty much ties you into a 24-month contract. At least a meaningful one that is. You can get the G Flex 2 for free from as low as £34.50 a month, but this gets you just 1GB of data and 600 minutes. To get a decent amount of data, you'll need to spend £49.50 a month to get 10GB of data, or £54.50 a month for 2oGB of data, both of these plans include unlimited texts and minutes. All the 4G plans from Vodafone also include offers from the likes of Spotify and NOW TV.

As of writing, I can't seem to find an off-contract price from Vodafone for the G Flex 2, but it looks like the device will be with customers from March 12th, which is a little sooner than I was expecting. Having to pay quite so much a month for a meaningful amount of data each month isn't great, but then again you do get the handset for nothing upfront. Hopefully, Vodafone – as well as other UK networks – will have more flexible choices to make available in the next couple of weeks.