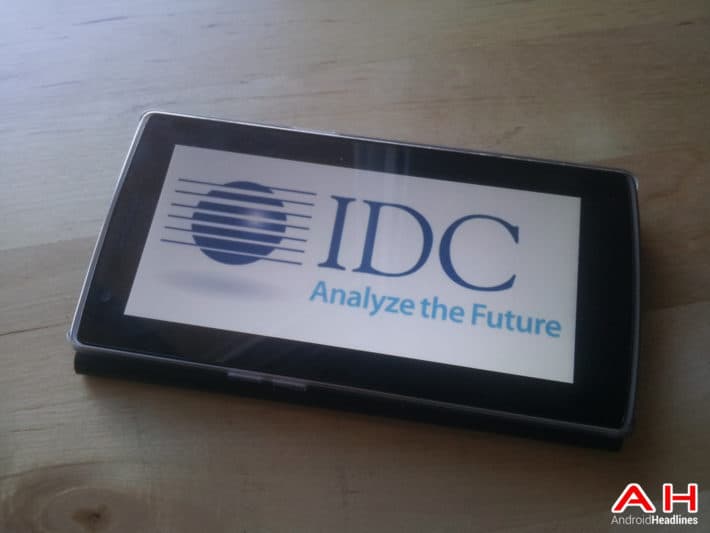 Tablets were interesting. When they first started hitting the market they seemed to fulfill that gap between a laptop which was too heavy to carry all the time and the smartphone which was just too small to do anything with. In fact, they seemed to fit that gap perfectly and as such we all ran out and bought one. Fast forward a couple of years and the landscape seems to have changed quite dramatically. With the newly introduced notion of 'phablets', the line between a tablet and a smartphone has become increasingly a blurred one. The issue today though, is that this blurred line only seems to affect one of the products, the tablet. While smartphones become incrementally bigger in size and faster in processing ability, the need for tablets has decreased accordingly. So much so, that what looked like the next big thing has already become a dying breed.

By now, avid readers will know of IDC, as every month the data analysts at IDC provide us with quite detailed descriptions of how various markets are doing. Well, according to the latest IDC report published this morning, tablets did not do very well at all in Q4 of 2014. In fact, according to IDC, the tablet market in Q4 saw its first ever year-over-year decline. You might think 'first ever' does not sound that bad. However, it is worth remembering the market only began in 2010. So for an industry to be created, established, reach its height and start to see its fall in only a few years suggests the lack of longevity which tablets now face. Even more so when you factor that Q4 is typically the gift giving season and when you would expect products like tablets, to see continued growth. According to the data, overall shipments for tablets (2-in-1's included) hit 76.1 million units in the fourth quarter, which was a 3.2% decline. That said, the market as a whole did see a very slight increase for the year with total shipments for 2014 reaching 229.6 million units.

In terms of the winners and the losers and as you would expect with tablets, Apple was top of the tree with 21.4 million units shipped in Q4. Behind Apple, was the Andorid leader in Samsung, who managed 11 million units. That said, those eleven million were substantially higher than Lenovo, Asus and Amazon who all only managed 3.7, 3.0 and 1.7 million units respectively. Interestingly, of all the companies in the top 5, Lenovo saw the biggest personal year-on-year growth for Q4 amassing a 9.1% positive shift, compared to their sales in the same period in 2013. On the other hand though, Amazon seemed to suffer the greatest in terms of personal change, with a whopping 69.9% decrease from the number of tablets they managed to shift in 2013. That said, even the blurred phablet line seemed to play a role in IDC's results. For instance, the IDC define tablets as 7" and higher (like most of us really), although Amazon's latest Fire HD 6 (which is a tablet), strictly speaking falls into the phablet market and as such was not included in the results. This may go some way to softening the news for Amazon, although it does change the overall perception that the market is not looking too good for tablets in 2015. Did you buy a tablet in Q4? If not, why not? Lines too blurred? Let us know 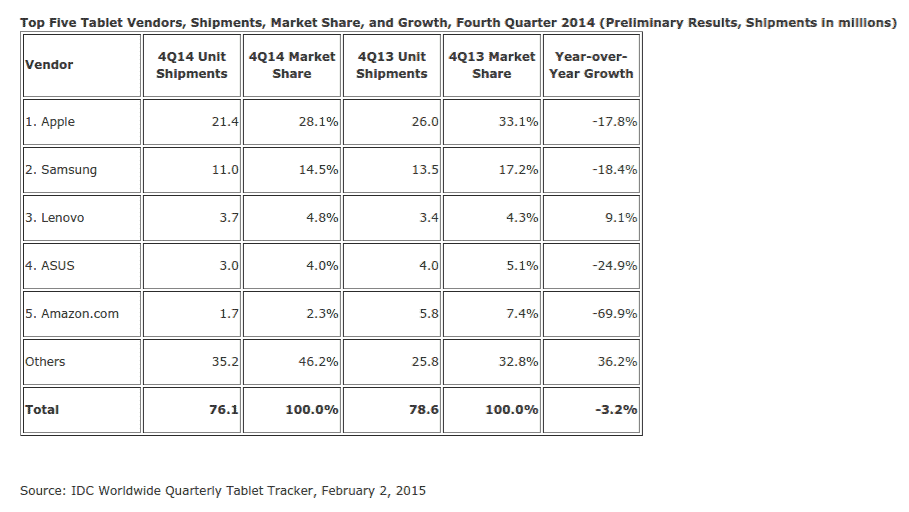