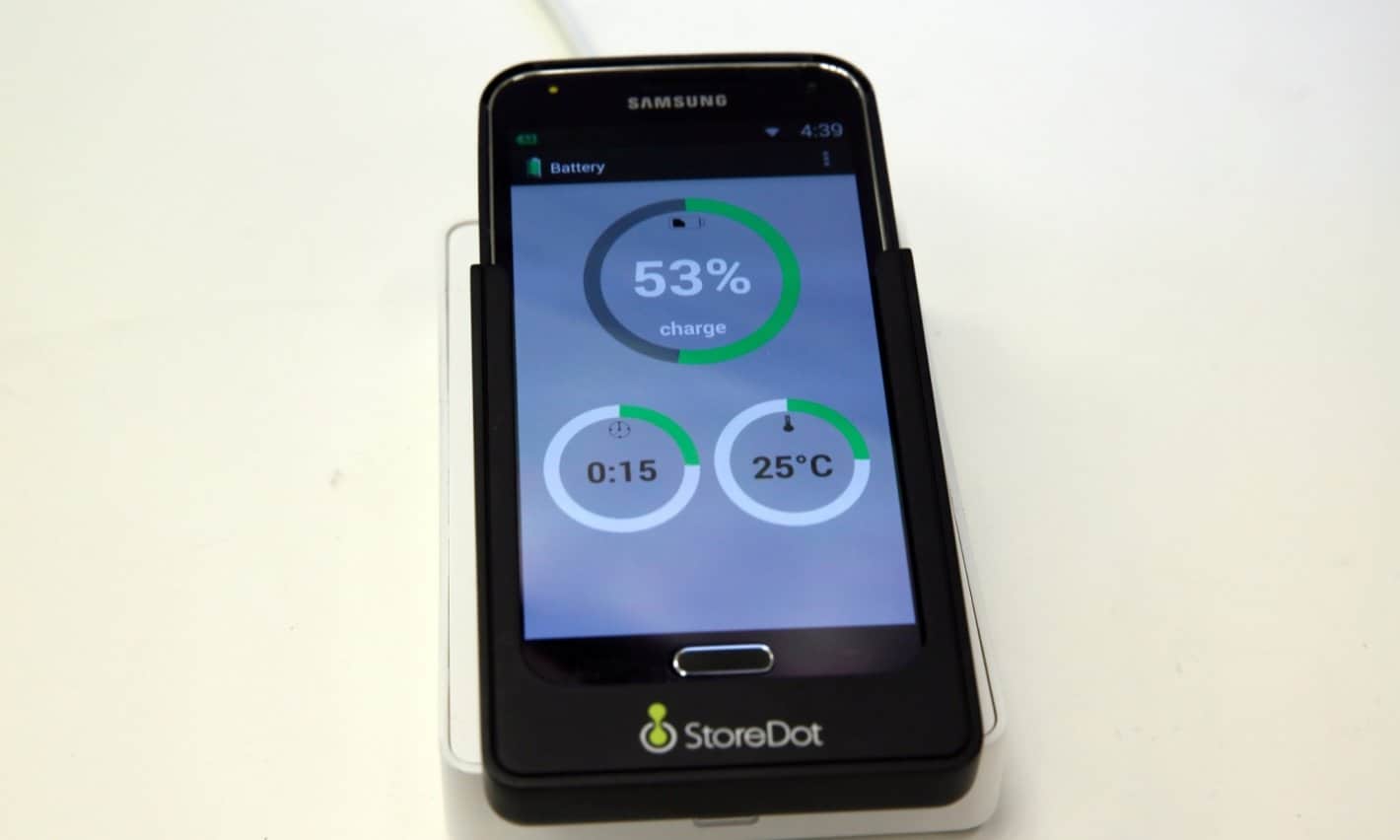 Longer battery life in smartphones continues to be one of the features consumers want the most, and there are numerous ways to combat the issue of a phone with a battery that drains too quickly, from battery phone cases to external battery packs, even external batteries for the devices that have removable units, and even travel chargers for anyone else. The issue still remains for most devices though that charging your phone can still take a few hours to move from near dead to a full battery, save for the devices that are being released with quick charge capabilities which isn't many at this point in time, although there are a few.

An Israeli company called StoreDot thinks they have a solution for people with a new product that they're developing which is a battery that can reportedly be charged in 60 seconds. A full battery charge in just 60 seconds is quite an impressive feat, one that certainly seems to rival the capability of the Motorola DROID Turbo to get 8 hours of battery life from a 15 minute charge which in itself, is also quite impressive. It's worth noting though that StoreDot's battery doesn't have quite the same capacity as traditional smartphone batteries we're starting to see emerge in phones from last year on. The strength it has remains in being able to charge up in less than a minute, which Doron Myersdorf, the owner of StoreDot believes is a fair trade off for not having a bigger battery with a higher capacity which will take longer to charge.

The battery itself does not charge in 60 seconds with just any old charger as Myersdorf notes that it requires the use of a special charger that they also developed, which feeds the battery more than normal quantities of battery power during the charging process, pumping out anywhere from 40 to 50 and even up to 80 amps of electrical current to the battery so it can charge in under a minute's time. Your everyday charger won't be able to feed that kind of power to the standard battery inside your device, he says. There is also one more piece to the setup that makes everything work as smoothly as possible, which is an app on the phone that helps to manage power usage as efficiently as possible, which seems like a good idea given the lower battery capacity of the battery unit. Right now the batteries aren't available for purchase, but should smartphone manufacturers see the benefit of a battery like this and realize the technology is as groundbreaking as StoreDot believes it is, we could begin to see devices with these batteries included, which Myersdorf mentions would raise the cost of smartphones, but not by much, estimating a slight increase of roughly $50 USD on any given device.