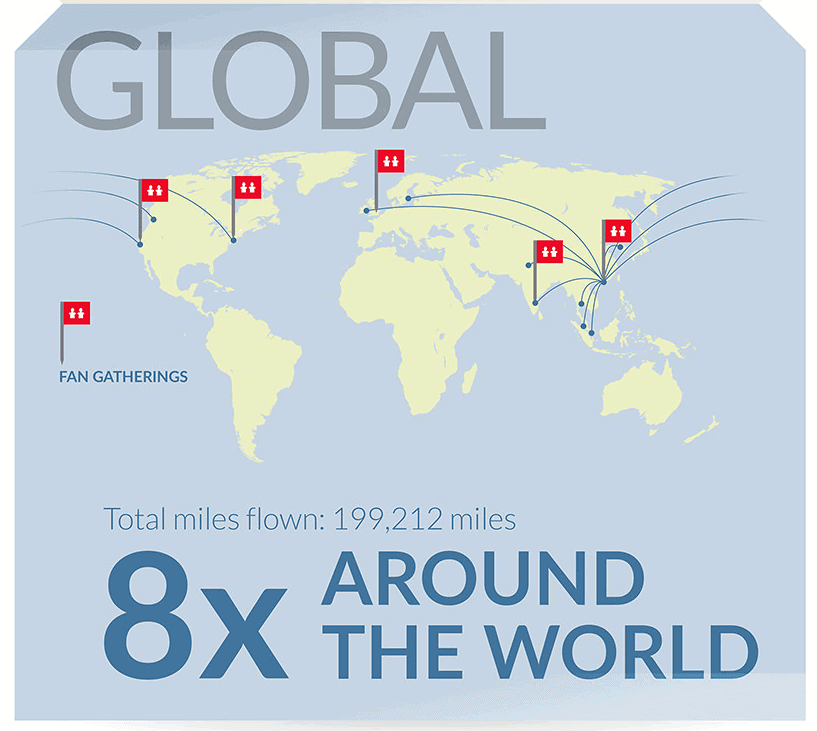 Last year might have been a year of incremental improvements in smartphones from HTC, Samsung, Sony and Motorola, but there was one surprise that took the Android community by storm. OnePlus seemingly came out of nowhere, spent months poking the bear that was HTC, Samsung and Sony with lofty promises of a better device at a much lower cost. Finally, the device was launched as the OnePlus One and while the invite system was not one of their best choices, it was part and parcel of producing such a great device at such a low price. Fast forward to 2015 and now OnePlus is a name that any serious Android fan will know of, and we're all looking forward to seeing what they do next. The team at OnePlus have recently put together an infographic with lots of interesting facts from their first year.

The first two facts presented by the infographic is where they ship the OnePlus One, with the figures being fairly close. North America takes up 22% of the share, Europe 32%, with East Asia taking the lion's share at 39% and India a scant 7%. As for revenue, the company has apparently made over $300 Million throughout 2014. This wouldn't be OnePlus without some sort of mention about social media, and apparently the company has received over 100,000 mentions across the different platforms. Facebook takes the lead here with 1.1 Million followers, with Twitter and Google+ having 190,000 and 156,000 followers, respectively.

An interesting figure is how active different nations are on the forums. The US leads with almost a 20% share of activity in the forums, but India is closely behind, despite OnePlus shipping just 7% of their shipments to the region. The infographic also tells us that the team has grown from 6 people at the end of 2013, to 88 at the end of 2014 with an average of 25.7 years. For OnePlus fans, as well as those curious about the company, the infographic is a neat little way of making the company seem a little more human, but in reality these are just cold hard facts. It is an insight into what goes into shipping any smartphone around the world of course, and I've neatly split the sections up for you in the gallery below.