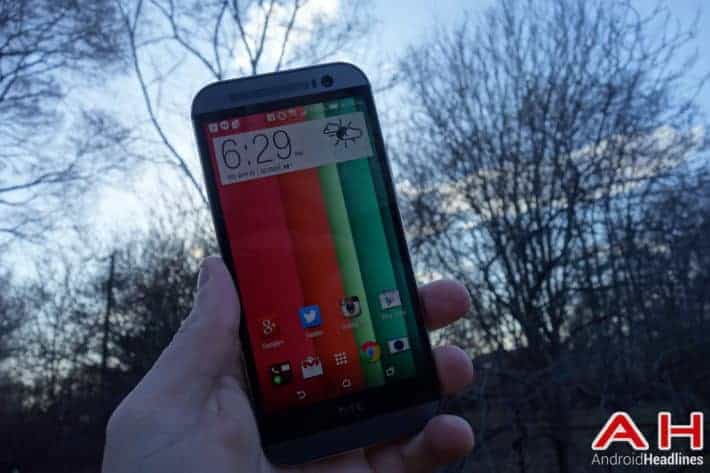 Just a day removed from the HTC One M7 getting Lollipop on Sprint, now it's the M8's turn. We heard yesterday from a leak that the update would be going out next Friday, but it looks like Sprint and HTC decided to hit us with it a bit early. And I don't think anyone will complain about that, right? For those interested, the build is 4.20.651.10. It is still Sense 6, but with Android 5.0 Lollipop this time around.

The HTC One M8 update won't be terribly unfamiliar to current One M8 users though. As we mentioned, it is still Sense 6 on top of Android 5.0. So the visual changes in Lollipop you won't really get to experience on the HTC One M8. In this update, Sprint also removed the Lumen toolbar. For those that hated it, it's gone. For those that loved it, it should be in the Play Store, if you really want it.

Looks like everyone's getting Lollipop rolled out this month. As we've seen the Galaxy S5, HTC One M8, and HTC One M7 all getting them this week, and Sony is supposedly going to be rolling it out to their Xperia Z3 family this month as well. Which is pretty amazing. So while we are still not getting updates as fast as we'd like, they are still coming very quickly compared to a couple of years ago, which I am happy with. But there's always room for improvement right?

So for those of you on Sprint with the HTC One M8, be sure to head into settings and About Phone to grab your update today. It's likely going to be a pretty big update, so it's a good idea to get onto WiFi first, so it'll be a faster update. The update might also require you to be on wifi as well. If you get the update, be sure to let us know in the comments down below.