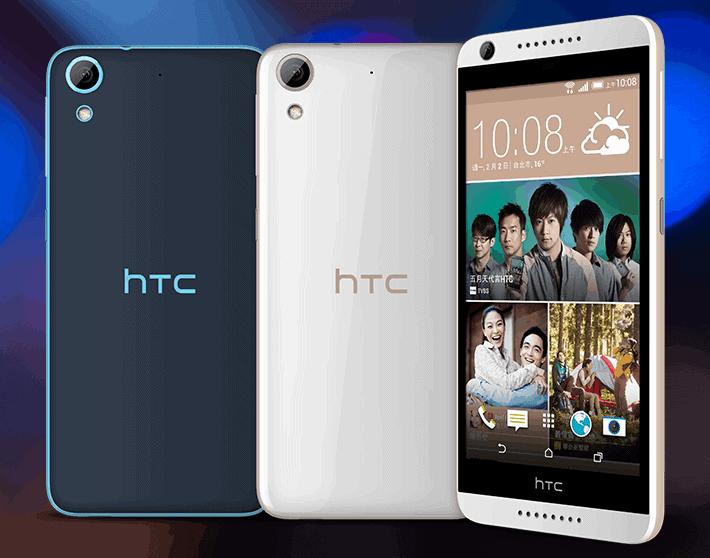 HTC had to cut costs in 2014 and is not doing all that well in terms of revenue. The company has been struggling for quite some time now as far as turning profit goes, they've been able to do it lately, but only barely. This Taiwan-based company is aware that they need to sell more handsets in order to compete with the big guns in the mobile space, and a part of their plan is to increase company's presence in emerging markets. HTC has decided to make more mid-range handsets and at least try to leave its mark in emerging markets. Speaking of mid-range handsets, the Desire 626 has been talked about quite frequently over the last couple of weeks, and it got certified by TENAA (China's equivalent of the FCC) quite recently, it was just a matter of time when the company will release this thing.

That just happened, the company has officially announced their new mid-ranger, and has announced that the device will be available in Taiwan later this month for NT$5,990 ($190). This handset will eventually reach other markets for sure, though HTC hasn't confirmed that just yet. I'm guessing that it will hit China soon, and Europe could follow next month. What do you get for this amount of money you wonder? Well, let's check out this handset's specifications, shall we.

The Desire 626 features a 5-inch 720p (1280 x 720) display along with 1GB of RAM and 16GB of internal storage (expandable via microSD card). This thing is powered by Qualcomm's Snapdragon 410 SoC, a 64-bit quad-core processor clocked at 1.2GHz which comes with an Adreno 306 GPU for graphics processing. 2,000mAh battery ships with this device and the device offers 4G LTE connectivity as well. 13-megapixel camera is located on the back of this device (f/2.2 aperture, BSI sensor) and flanked by an LED flash. 5-megapixel snapper is available up front and ready to take a selfie or two when needed. HTC did not reveal which version of Android comes pre-installed here, but I'll guess KitKat will ship with this thing with HTC's Sense 6.0 UI on top of it.