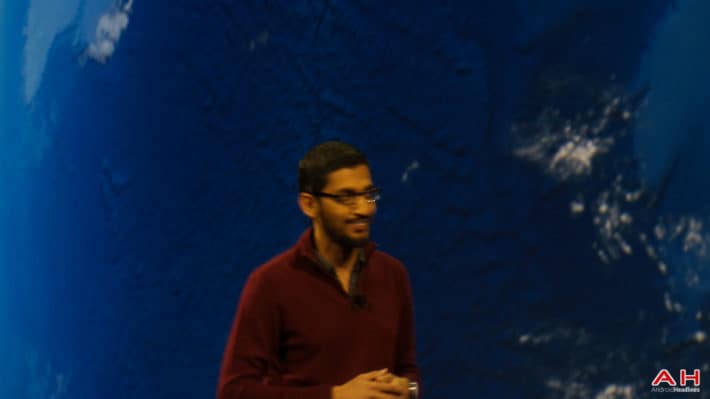 Google is a search engine and advertising agency. We all know that, or at least we should. While Google does have a ton of other products that it puts out, their core business is still ads. So when Google announced that ads were coming to Gmail on mobile, and everyone freaked out, that got me wondering. Do people really remember what Google’s core business is? Well investors are thinking that Google’s core business is starting to slow down, and Sundar Pichai has a plan to change that. Which actually started today with the paid search listings in Google Play. Sundar sat down with Forbes and talked about what he’s changing at Google and much more. You can read that full transcript here.

When talking about the newly announced paid search results in Google Play, Sundar stated “Users are trying to discover apps, we are trying to improve the app discovery process, and developers are trying to reach users.” Sundar goes on to compare it to search, “it’s a problem we solved with search and ads in search. Users are looking for information, we provide them with organic information, but at the same time we allow companies to use sponsored ads to reach users too. We think the same model works very well for Play.” Not to mention the fact that it will increase revenue.

Monetization. That’s probably the biggest thing that iOS has over Android, is that developers make more on iOS than on Android. But today it was announced that Google paid over $7 billion to developers in the past year. Apple paid $10 billion in 2014.

“We see a lot of momentum,” Sundar Stated. “We are able to monetize it effectively for developers. It’s not just applications; the content ecosystem is getting built up.”

You can read more about the interview with Sundar Pichai from the source link down below. It’s a really great read if you’ve got the time.