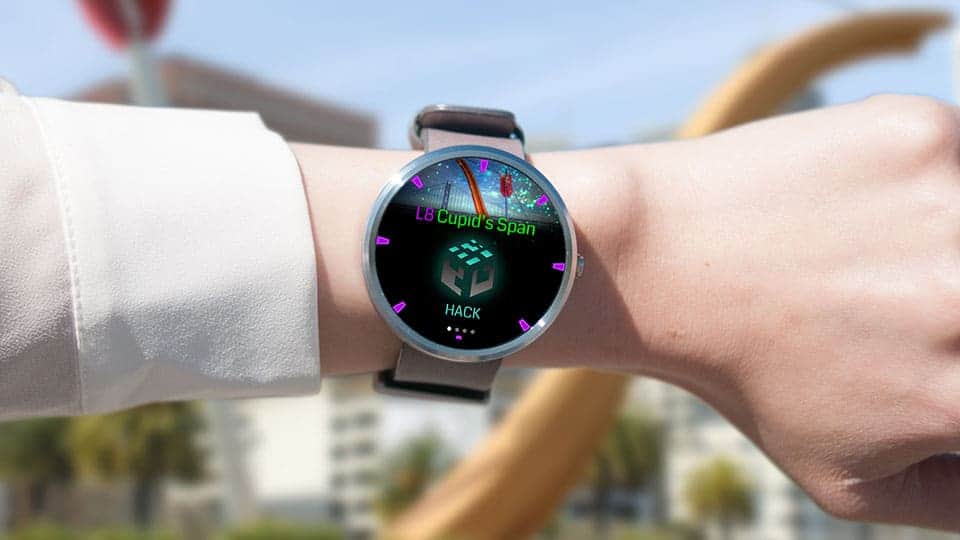 Ingress, the augmented reality game on iOS and Android that urges users to get outside and explore the city with a different set of lenses, has made its way to the small factor of Android Wear devices. Ingress players are a dedicated bunch that explore different parts of the town in order to unlock things and earn achievements. Now they will be able to hack portals without touching their smartphones with the latest update. This game has been created by the folks at Google and it surely has managed to gather a rather large group of fans.

The aim of the game is to get you in either of the groups – you can either be on the "Enlightened" team or with team "Resistance". Members who are seniors are able to create missions, players can then defend or reinforce portals based on local landmarks. The Ingress app on your Android Wear device would gain access to your current location from your smartphone. Ingress on your watch would also notify you about a portal being nearby and information like who is in control of it or if is under attack of any sort. All of this is displayed in traditional Google Now sort of card layout so newbies are familiar with the layout and one does not have to do a lot of hand gymnastics on a tiny display. Ingress has got quite a stellar response 'til now, the game has high ratings and has been downloaded almost 10 million times since it was first released in 2012. Of course, tying up with a platform like Android Wear means that your activities performed in real life are given importance and the game stays more discreet in the background. That means one can continue hitting their fitness goals while they also play the game.

While Ingress never hit the charts in becoming the top game out there, its popularity has proven that it remains to be a fan favorite. Augmented reality as a concept went from being extremely popular to vanishing completely, Ingress still holds it place strongly. With  added support of Android Wear, it will only help in growing a stronger fan base. When more developers in the future make efforts to bring innovative implementations on new platforms, the smartwatch segment shall greatly benefit. 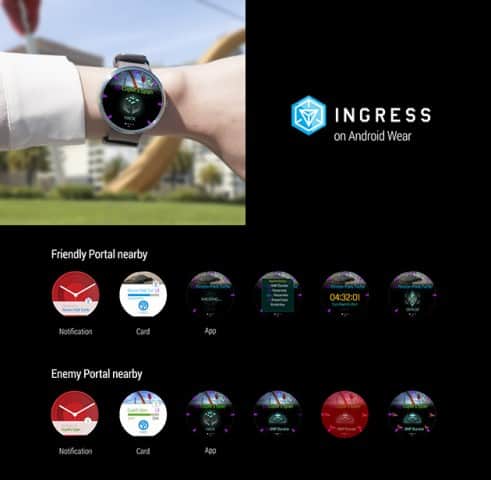