Two years ago (almost exactly actually) Google launched the be-all and end-all of all Chromebooks, the Chromebook Pixel. Now, most people will simply remember this device as the Chromebook that no one could afford. While Chromebooks are generally considered to be a price-sensitive item designed to offer a cheaper alternative, the Pixel was anything but. This Chromebook came in at nearly $1300 for the very cheapest (32GB) option. For that kind of price, there are a number of other more traditional (and powerful) laptop options available. That said, this was not any kind of laptop and instead came with some really impressive specs (even more so when remembering this is now two years old) such as a 12.85-inch touchscreen display with a 2560—1700 resolution (239 ppi), 4GB of DDR3 RAM, HD Webcam, Intel Core i5 and a dual-core 1.8GHz processor. Not to mention the build quality was second-to-none. As such this was more of a showpiece than anything else.

With such an item simply being for ‘show’ and especially with such a high price tag, one would be forgiven for thinking that this will be a one-time thing. No future reincarnations so to speak. Well, if that was your thinking, then it now seems that a Pixel 2 might not only be on the table, but actually it might be already very much in development. The latest speculation comes from a bug report which was filed on the Chromium project issue tracker. The issue in question was related to the the ‘DisplayPort USB Type C adapter’ and was attached to an image which clearly seems to be of the (now first generation) Chromebook Pixel. The problem was though, it came attached for a device codenamed “Samus”. Although the pic seems to be of the original Pixel, the codename for that Chromebook was “Link” and as such the speculation is now rife that the Pixel 2 is in development,

Of course, at such an early and speculative stage, specs are literally an unknown. However, it is being suggested that the device will come running with an Intel 5th generation Core Y-Series processor, an interactive lightbar and a backlit keyboard. It is also largely a given that the Pixel 2 should come with a touchscreen display. It is also being rumored that Samus will come with a USB 3.1 ‘Type C’ ports which offer data transfer of up to 10 Gbps as well as being reversible ports. Of course, until Google actually announces the device, we will have to wait and see if it is actually coming and what it will be coming with. Although, with Google just announcing their I/O event in May, we might not have to wait that long? What do you think? Would you buy a Chromebook Pixel 2? What would be a good price for it? Let us know. 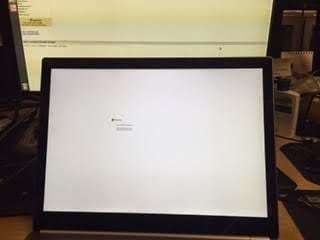