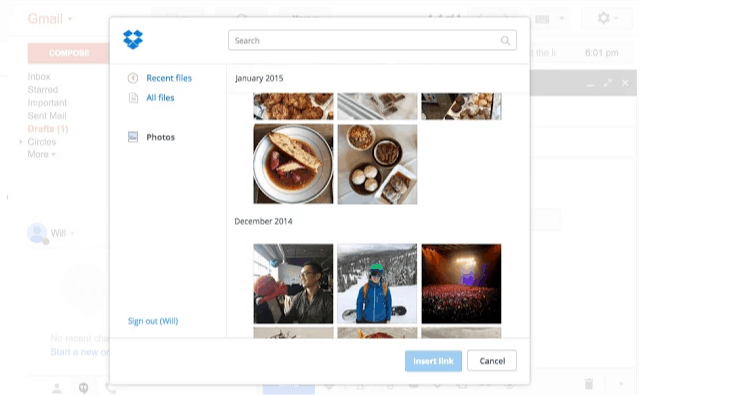 Gmail has gotten somewhat lost in recent times and following the unveiling of the new mighty Inbox by Gmail. It seems a number of users have already migrated wholeheartedly over to the new email client and as such have abandoned poor old Gmail. In spite of this, it should be remembered that Inbox (in spite of its highly functional ability and attractiveness) is actually still not quite as powerful as Gmail. While, Inbox might look the part, it lacks a lot of features and compatibility that trusty old Gmail can do blindfolded. For instance, you still cannot route your work emails through Inbox which is a big shame for anyone who uses a work email.

Well, today, it also seems Gmail got another handy little feature added to its arsenal that again Inbox does not have and this one will certainly be of interest to you, if you are a current Dropbox user. It seems a new Dropbox Chrome extension for Gmail has gone live today which allows users a more seamless Dropbox experience. Once you have the extension installed on your Chrome system you can easily share Dropbox links directly from within Gmail. Once you open your Gmail and hit 'Compose', you will now notice a small Dropbox icon in the bottom left corner of the screen (right beside the 'Send' button). Once you click the icon you can then easily attach Dropbox links or files without having to open Dropbox separately. It is also worth noting that the Chrome Store listing also states that if you are receiving Dropbox files or links then you will be able to see a preview of the incoming files from within Gmail. So, all in all, a handy little extension for Gmail and Dropbox users.

It is also worth pointing out that this is currently labelled on the Chrome Store as a 'Beta' app. As such, it is probably worth being aware that it might be a little buggy or problematic at first. Although, after testing it seems to be working just fine. And for all you Inbox by Gmail users, Inbox was also checked and the service does not work. This is a Gmail only function. As yet, there doesn't seem to be any official confirmation on the service by either Gmail or Dropbox and as this is listed as a Beta app, it might actually just be a quiet testing phase before the official one rolls out. Either way, if you want to give it a try then click here to head over to the Chrome Store listing. 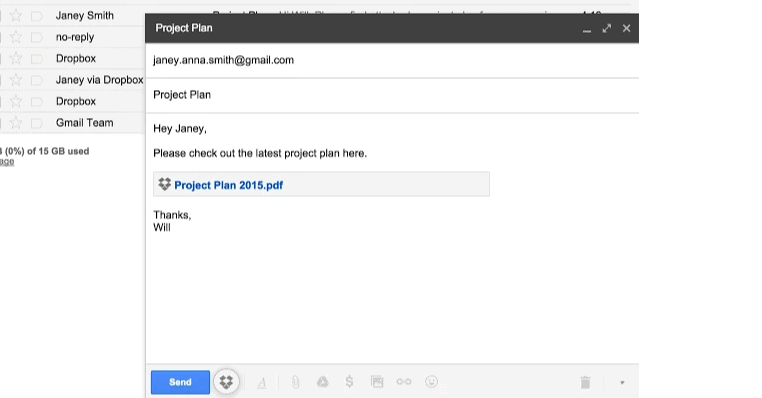