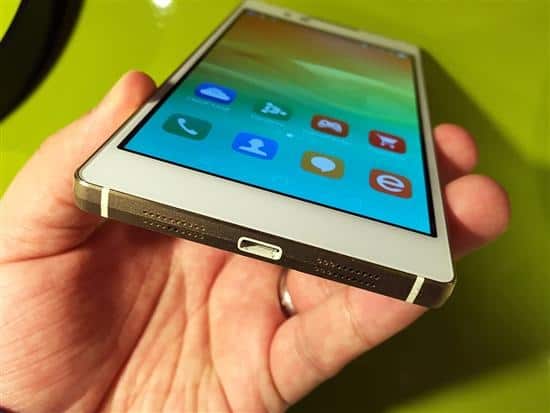 Coolpad is one of those rather well-known Chinese smartphone manufacturers. This company is capable of releasing really solid devices from time to time, and the Coolpad X7 is definitely one of those devices. This handset was announced on January 8, and it really is a nice handset. Anyhow, some new details surfaced regarding the device itself, so, let's see what's new.

We already knew that there are two glass panels on this handset, one on the front and the other one on the back of this device. What we didn't know thus far though, is that the frame of this thing is made out of aluminum alloy which is used in aerospace. This material offers high hardness, light-density and is resistant to corrosion, scratches and fingerprints. This is always a nice touch when making a smartphone, especially if we're talking about not-so-expensive flagship handset, and the Coolpad X7 definitely fits into that category. This news actually surprised me, didn't expect this from Coolpad.

This device features a 5.2-inch 1080p (1920 x 1080) Super AMOLED display (which is a rarity outside of Samsung lineup) along with 2GB of RAM and 16GB of built-in storage (expandable via microSD card up to 128GB). This thing is powered by MediaTek's MT6595 octa-core chip clocked at 2.3GHz and it comes with Android 4.4.2 KitKat pre-installed with the Cool 6.0 UI from Coolpad on top of Google's operating system. 13-megapixel camera (+dual-LED flash) is available on the back of this handset and an 8-megapixel snapper is located on its front side. 4G LTE connectivity is also a part of the package and we're also talking about a dual-SIM handset here.

It is also said that Coolpad will offer an additional 2 versions of the device which will both offer dual 4G LTE connectivity and 3GB of RAM, and the third version will be powered by Qualcomm's Snapdragon 801 quad-core chip. The first version of the device will cost 1,599 Yuan ($257), the second version will set you back 1,699 Yuan ($273) and the third version will cost 1,999 Yuan ($322). That's it, this handset will launch in China initially, but might be available in other regions later on as well.