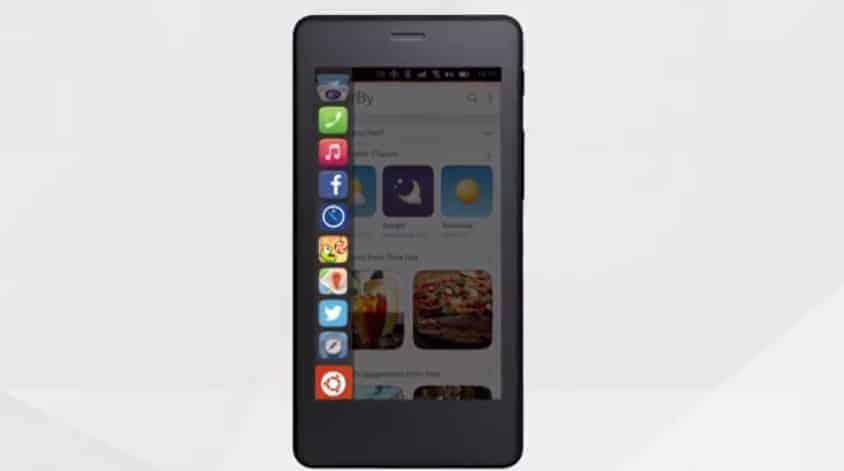 If you’ve been waiting for an Ubuntu OS phone to finally make itself available, your wait is over. The very first smartphone running Ubuntu OS was announced a few days ago. It’s available for sale starting today, although where you can get one isn’t clear yet. The device will cost â‚¬170 and will probably only be available in European markets for the time being.

The new Ubuntu smartphone is made by BQ and is called the Aquaris E4.5 Ubunto Edition. The Aquaris is currently available from BQ running Android 4.4 KitKat, but now you can also get it in the Ubuntu OS flavor. The hardware is not even mid-range, with a qHD display that has a 244 ppi density, a MediaTek Cortex A7 CPU, and 1GB of RAM. The phone has 8GB of internal storage and a microSD card slot to add up to 32GB more. The battery weighs in at 2150 mAh. It’s a dual-SIM device, but only offers 2G and 3G connectivity. The Aquaris E4.5 Ubunto Edition supports the 850/900/1800/1900MH GSM bands and 900/2100MHz bands for 3G service. You won’t anywhere near LTE speeds on this thing, but that’s not the point. Ubuntu OS is designed for entry-level handsets and should do well in the developing countries that Canonical is targeting. The phone launches in Europe and may expand to Africa and Asia, but don’t expect to see it in the U.S.

The Ubuntu OS firmware has been under development for years. Early alpha and beta software came out on the Galaxy Nexus. That’s how long Canonical has had this in the works. I remember installing the very first Ubuntu Touch build on my Galaxy Nexus back in the early part of 2013. Two years later, the OS is finally ready for primetime and is making its debut. The OS is unique and designed around learning users habits, morphing and showing content and apps based on what you use the most. We’ll keep you posted on any further availability information if you’re interested in picking up a BQ Aquaris E4.5 Ubunto Edition phone.