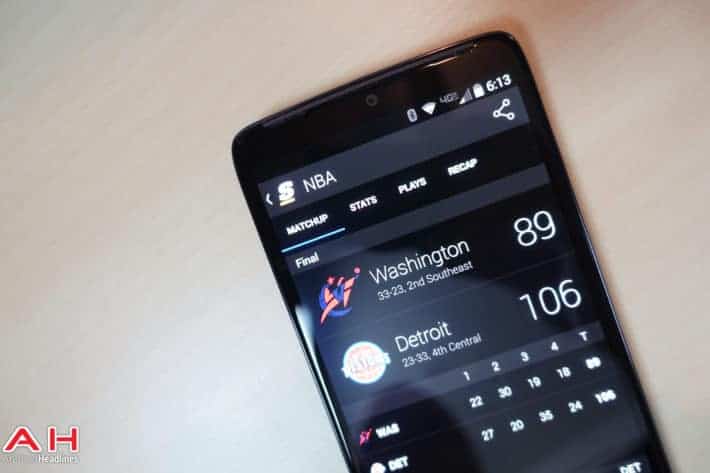 Whether you follow the NBA, NFL, MLB, UFC, Boxing, or any other sport, there's an app out there for you. In fact, in most cases there are a few apps for you. Today we're taking a look at about 10 apps for Android will bring you the best in sports. Whether its video, news, stats, analysis or scores. We've got them all here. 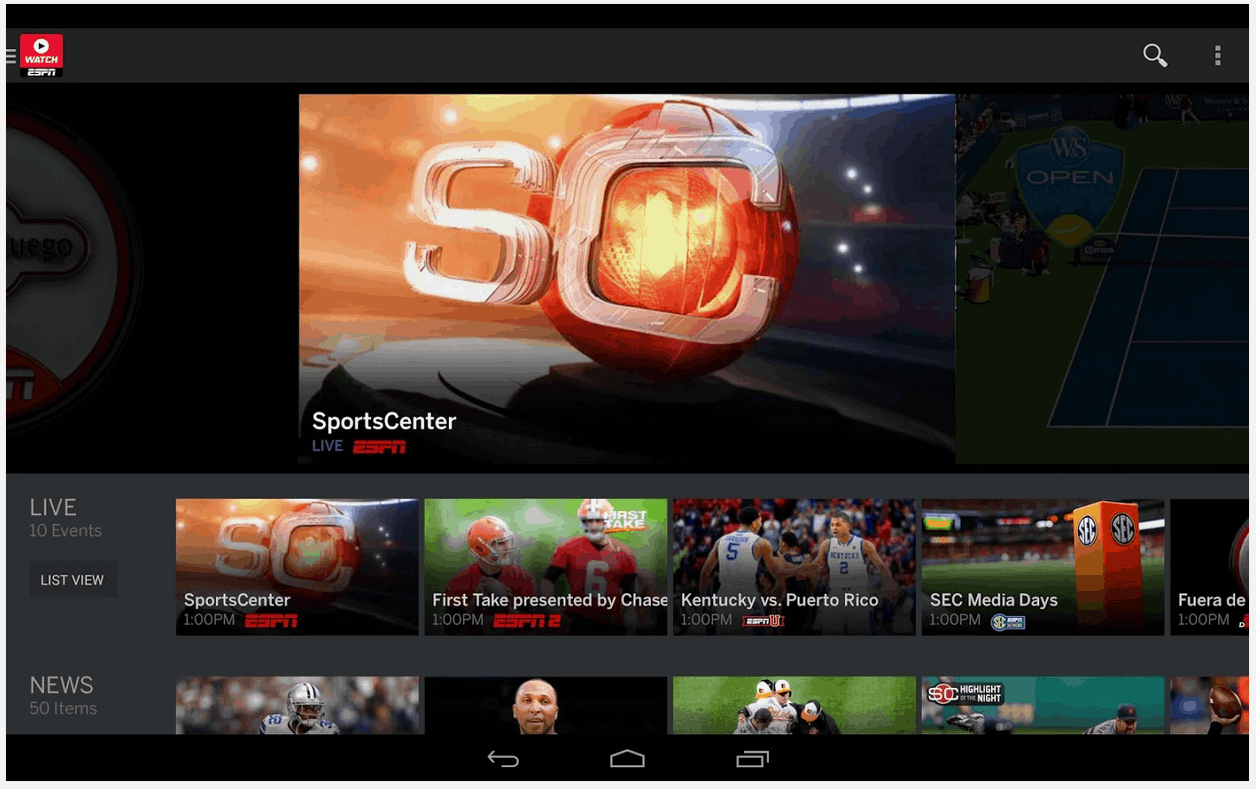 If you're a cable subscriber, this is a must have app. As it allows you to login via your cable provider and access exclusive ESPN content as well as watch ESPN live. Once more, if you subscribe to Sling TV, you can also use WatchESPN, which is a really nice feature and selling point for Sling TV. 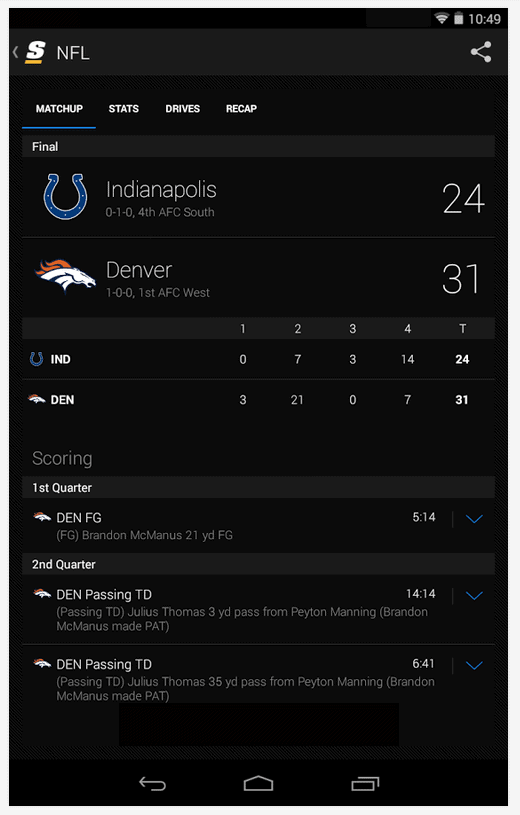 This is an app that has a beautiful interface and provides all kinds of news, analysis, stats and scores for just about every sport you can think of. They also have the option to create your own feed, which brings you stories and such from your favorite teams and sports. 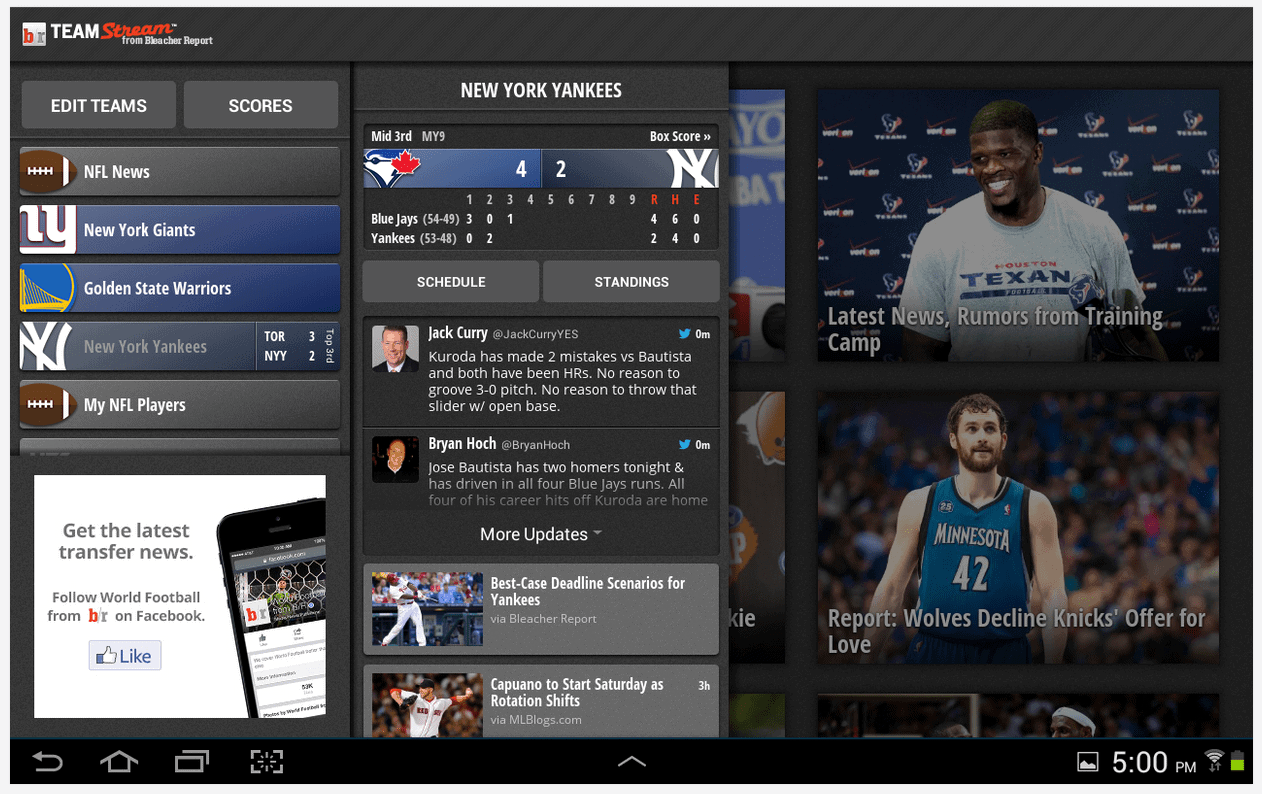 Only want the news from your favorite teams? Well, that's what Team Stream is all about. The content in this app is curated from Bleacher Report (so if you're not a fan of their reporting, you may not like this app). But you are able to choose your favorite teams, and get news that pertains to them only, and not every other team in the league.

Recently, ESPN rebranded their ScoreCenter app to just "ESPN", which this is that. This app gives you just about everything you could ask for. News, stats, video, and much more on just about every sports team out there. As you'd expect from ESPN, anyways. It's a great looking app, it's not material design though, and works pretty darn well. 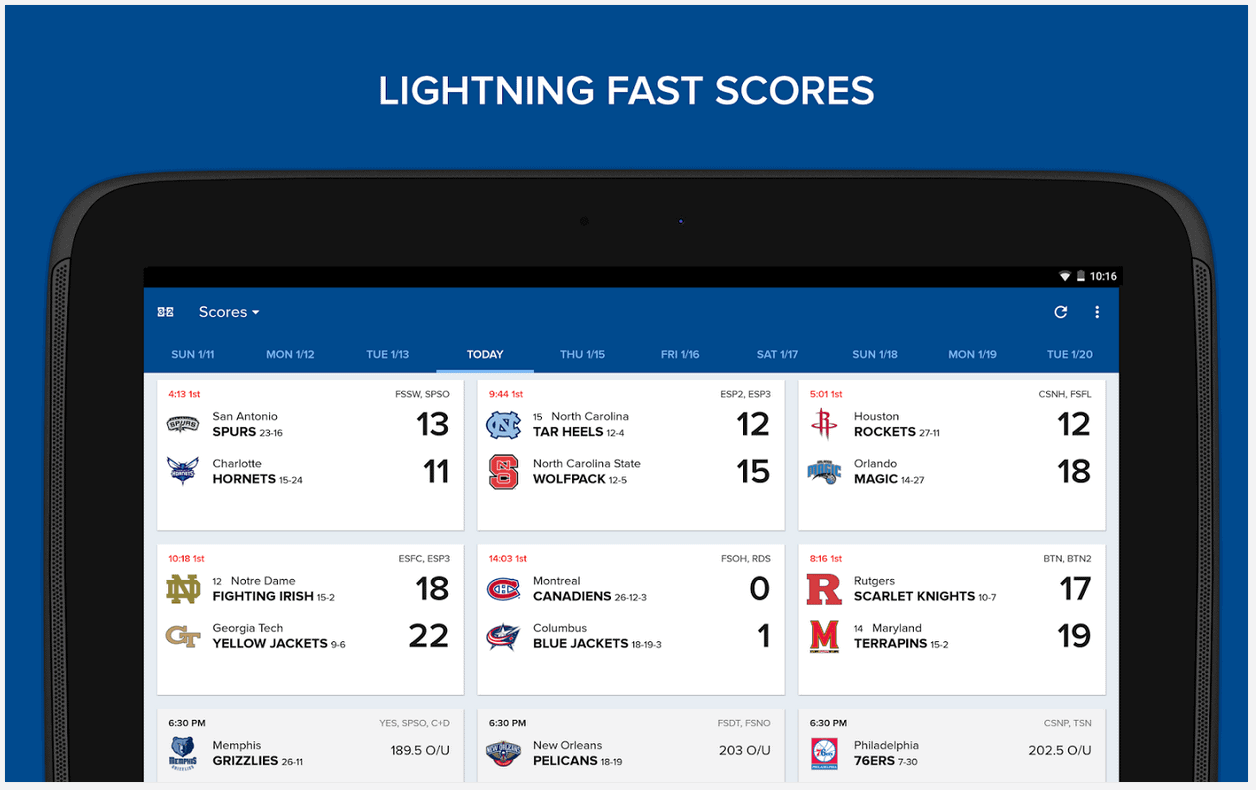 Much like the ESPN app listed above, CBS Sports covers just about every sport you can imagine. Especially the SEC, since they have that contract to cover their football and basketball games. However, what sets it apart from ESPN, is that they have a tablet-optimized app. Which is a pretty big deal. While it's not quite material design, the UI is pretty close to it.

Are you a big college sports fan? Then the NCAA Sports app is a must have for you. As it'll keep you up to date with college football, basketball, Hockey, and more! Including NCAA Championships like the College Football Playoff and the NCAA Tournament towards the end of March. 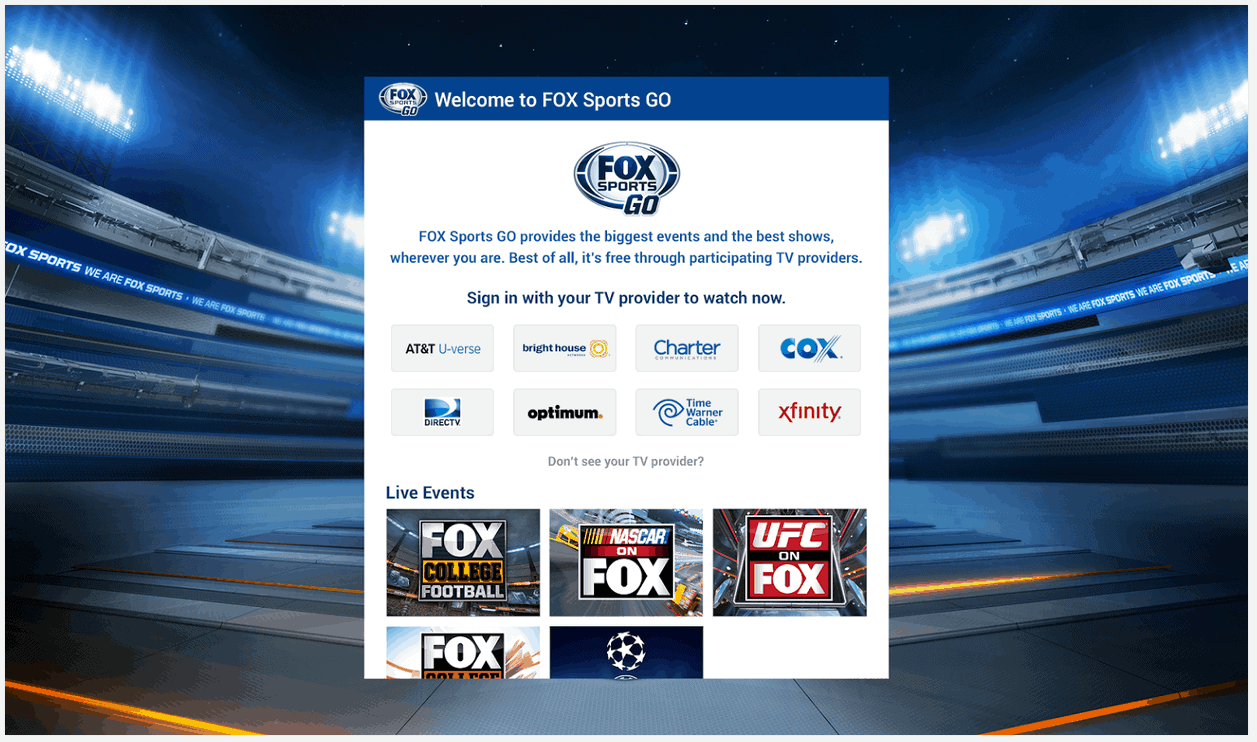 Do you get Fox Sports as part of your cable or satellite package? Then the Fox Sports Go app is definitely a must have. As you are able to stream, live, games from your local basketball, baseball, hockey and other teams. It's definitely a great app to have if you want to catch the game and you're not home for it. 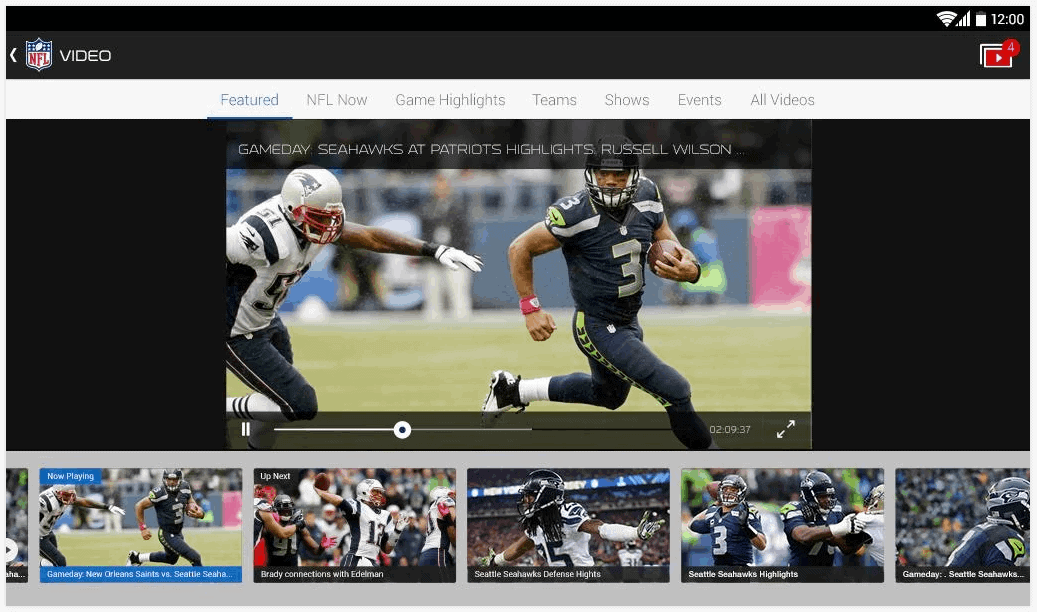 While the NFL season is currently over, NFL Mobile is still a great app to have to keep up with everything going on with the NFL Combine and leading up to the 2015 Draft. If you're a Verizon subscriber, you'll get all of the videos in the app for free. Which is a pretty nice incentive.

Yahoo's apps have really gotten good lately. And Yahoo Sports is one of those apps. Much like ESPN and CBS Sports, it does cover every sport under the sun. You can also set game alerts with the Yahoo Sports apps, so you'll get a push notification when a game is about to begin. Which is a really nice feature. The app is also very slick, sleek and fast. 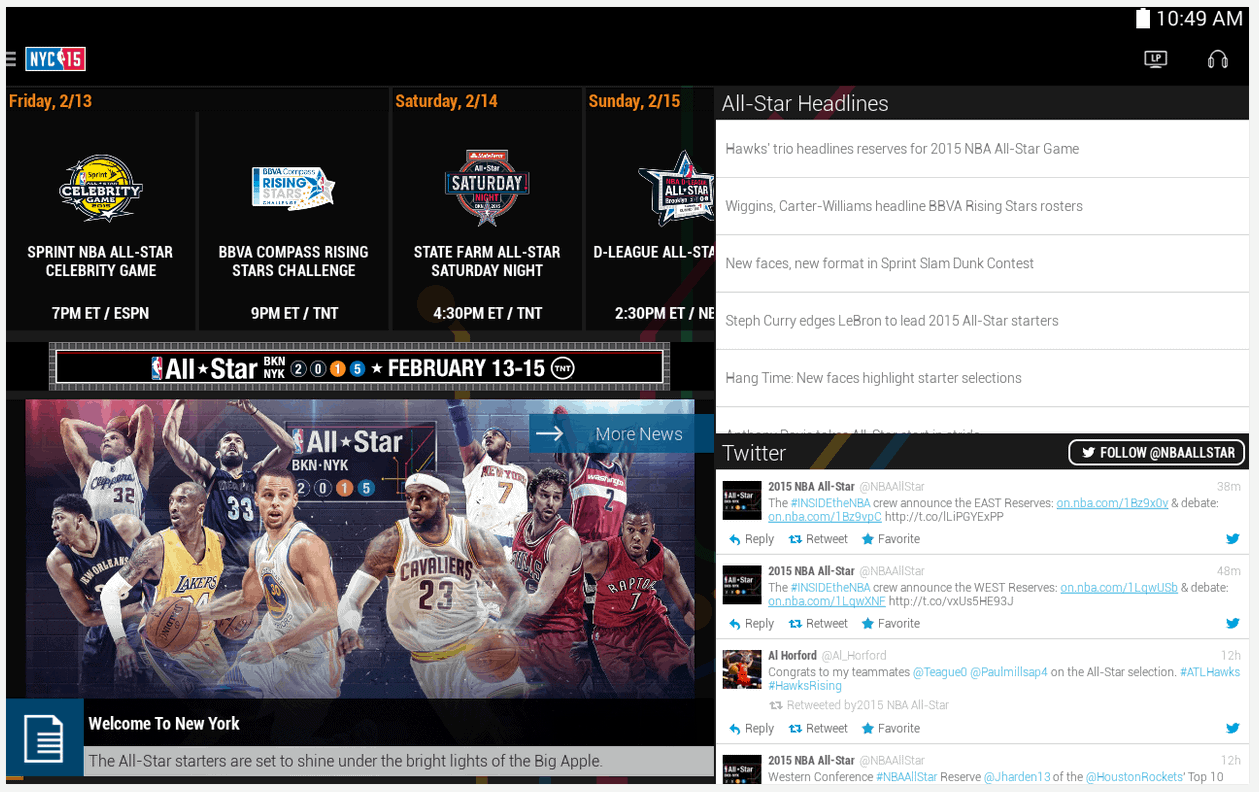 The NBA season is starting to wind down. But that means players are playing harder to get those playoff spots and for a chance to play in to May and June. If you're an NBA fan, this is the must-have app, as it'll give you all the NBA info you could ever want, plus a bit more.