I've been using the Xperia Z3 as my daily driver for a little over a month now. It's one of those phones that I actually bought, and is not a review unit. I've really started liking Sony smartphones lately. I attended their launch event in NYC for the Xperia Z3v back in October and loved that phone. Sony finally sent out the Xperia Z3 Compact, so I've been using that as well for the past couple of weeks. This is the unlocked version and it doesn't work too well on T-Mobile's network, you're mostly getting HSPA+. It's essentially a smaller Xperia Z3, but with all the same internals, which we'll go over a bit later on in the hardware section. 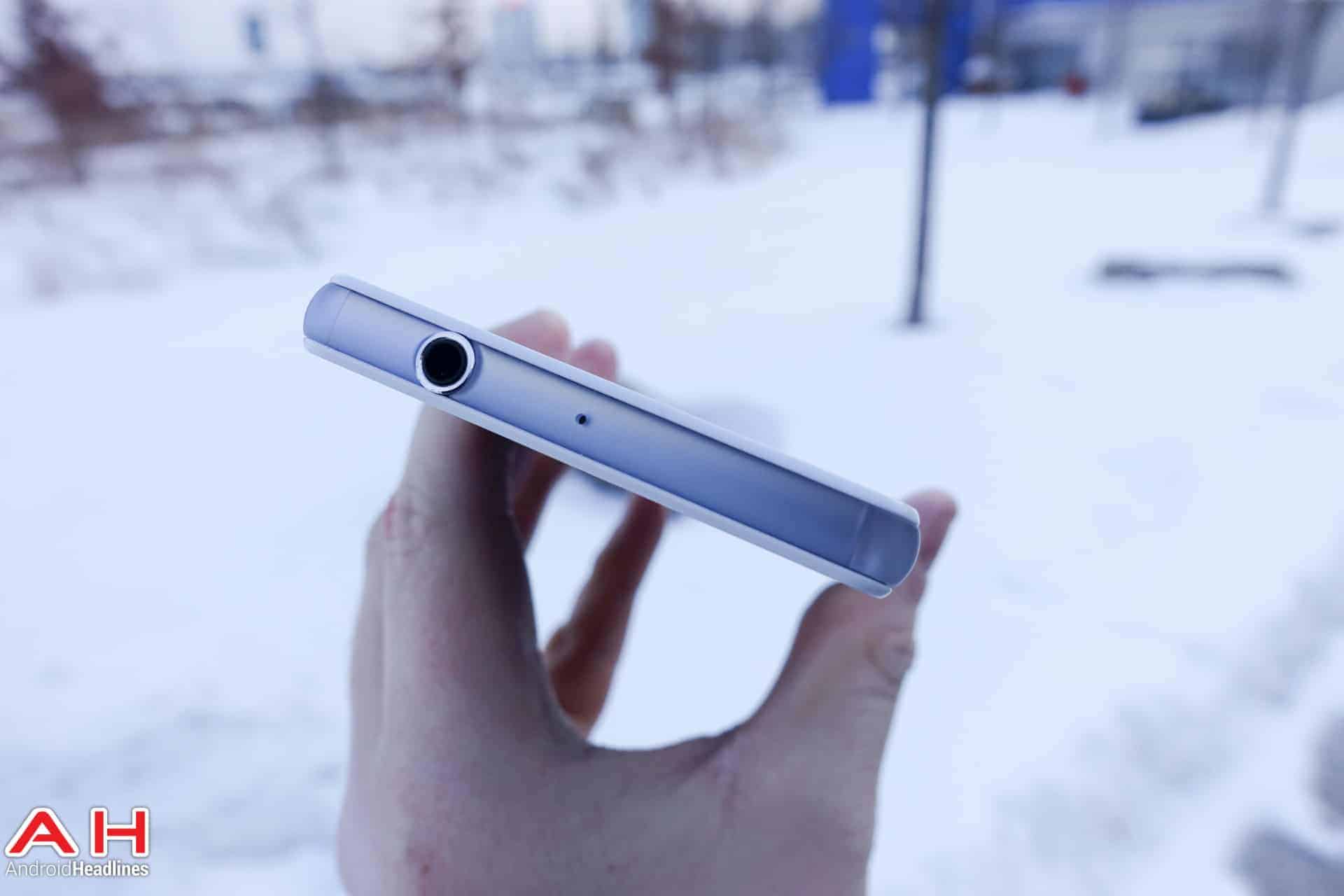 Normally when we see a "mini" phone it has some pretty crappy specs compared to it's flagship. Just look at the HTC One M8 and HTC One Mini 2, or the Samsung Galaxy S5 and Galaxy S5 Mini. But Sony has kept their flagship specs inside this smaller package. The Xperia Z3 Compact is still packing a Snapdragon 801 chipset, 2GB of RAM, 20.7MP camera, along with a 4.6-inch 720p display, and a 2600mAH battery, which lasts forever by the way. Additionally, like it's bigger brother, the Xperia Z3 Compact is also waterproof. Which means you do have the annoying flap over the micro USB port, but that's still really awesome.

Let's compare the look and feel to the Xperia Z3 a bit. The Xperia Z3 has a nice aluminum casing, while the Xperia Z3 Compact is plastic. Some of you might think that's a bad thing, but it feels really nice in the hand, actually. Otherwise, it looks the same as the Xperia Z3, although it does look a bit thicker, and that is likely due to the rounded edges on the Xperia Z3. 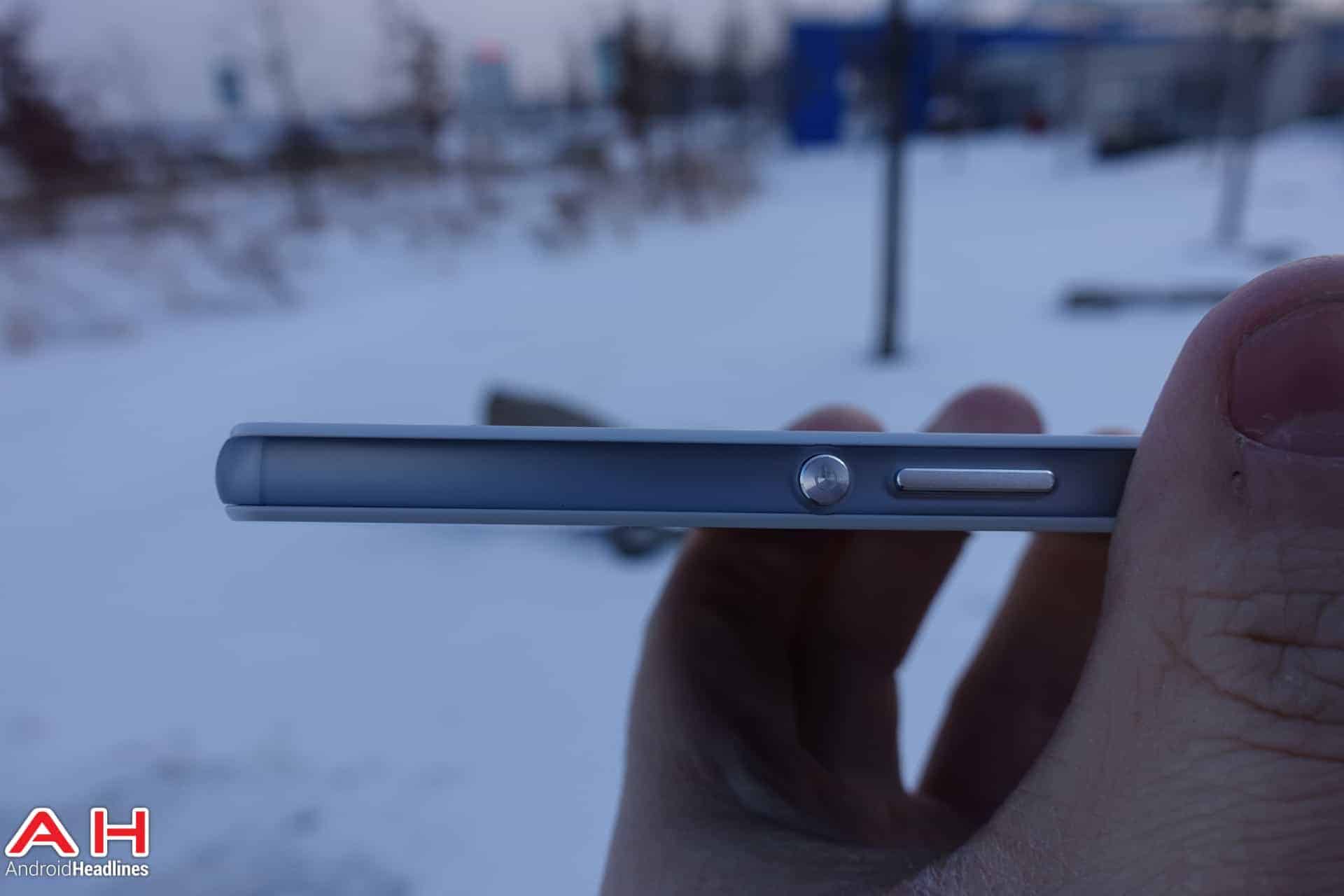 With the Xperia Z3 Compact, you have the power button, volume rocker and dedicated camera button on the right side, while the left side has flaps for the micro USB port, SIM card tray and SD card slot. Up top is your 3.5mm headphone jack. Pretty much everything is where you'd expect it to be.

So what about that display. Yes it's a 720p display, but it is a 4.6-inch display. Which still gives you over 300 ppi. In my opinion the display looks great. There's none of the bad viewing angles that we saw prior to the Xperia Z2, which is definitely nice to see. The Xperia Z3 Compact does have a glass front and back, and thankfully it doesn't scratch up as much as earlier versions of the Xperia Z lineup. We do also have front-facing speakers. They are no Boomsound, but they do get the job done and still sound pretty great. One of the other things I really like from Sony (some of you might think I'm crazy), is they put a NFC logo where the NFC chip is. On some phones, especially bigger ones, it's hard to find out where the chip is. So if I'm trying to pair it to a speaker or my Sony RX100 camera, it takes a bit longer, But knowing exactly where the NFC chip is definitely helps.

With the Xperia Z3 Compact, the software is identical to the Xperia Z3. So we have Android 4.4 KitKat with Sony's skin over top of it. It should be getting Android 5.0 Lollipop very soon though (we heard as early as February, but we're halfway through February already and so far nothing). Sony's skin is pretty light weight, now it's not that close to stock Android like most Motorola smartphones, but it isn't super heavy like Samsung's Touchwiz or LG's Optimus UI. Which is great. 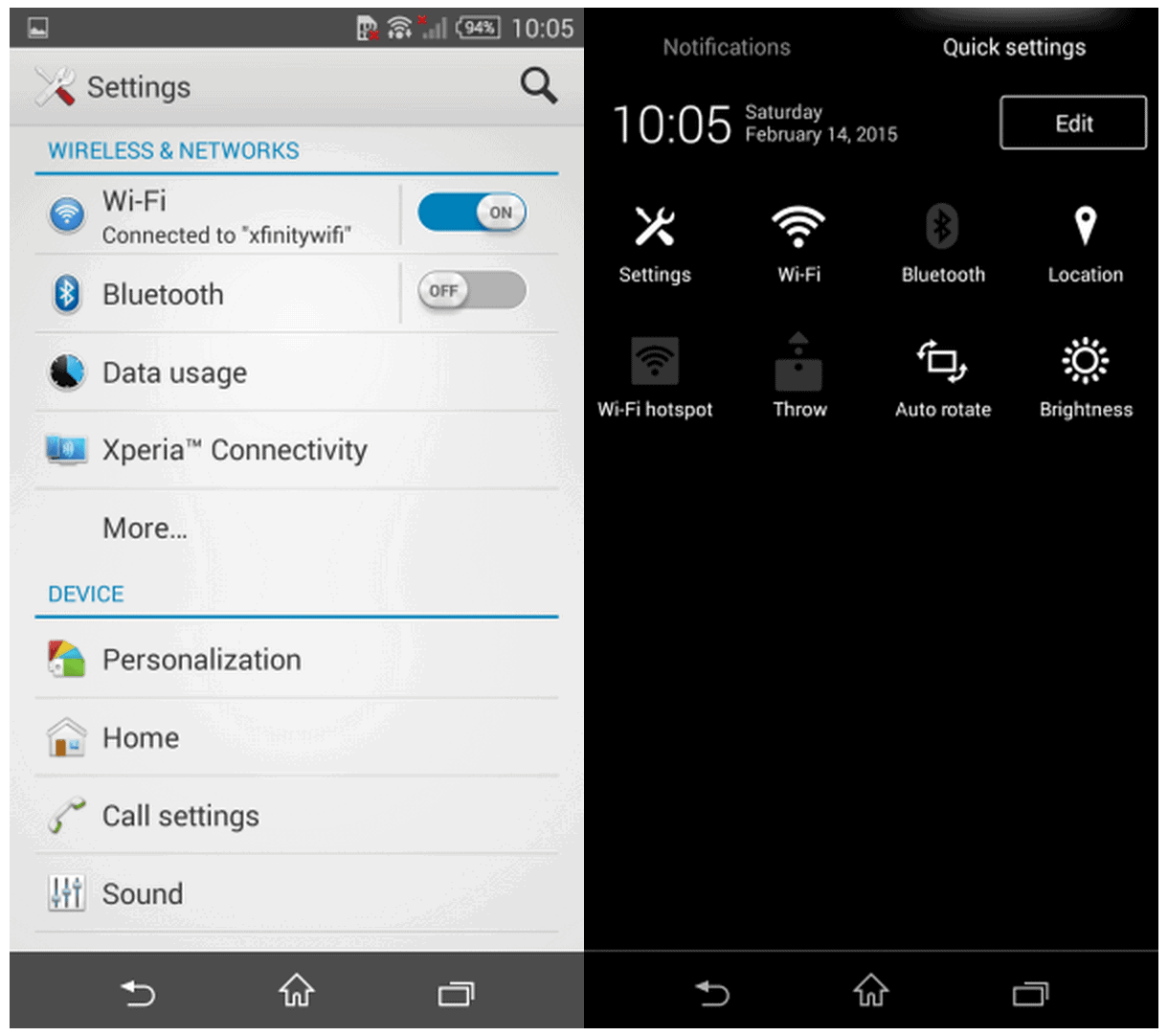 Sony adds quite a few features that are really nice to have. For example with the status bar, you are able to go ahead and remove some and usually all of those icons up there. That includes the clock, signal, battery and other icons that pop up there. Which means you can have a clean status bar. And who doesn't want that? Also, by long-pressing the power button you can select the option to record your screen (as well as take a screenshot, but you can already do that by pressing power and volume down).

The Xperia Z3 Compact does have a few bloatware apps which is kinda surprising since it's an unlocked device and not tied to a carrier. We're looking at Garmin Navigation, and AVG AntiVirus. That's outside of the apps that Sony includes on all of their phones and tablets. 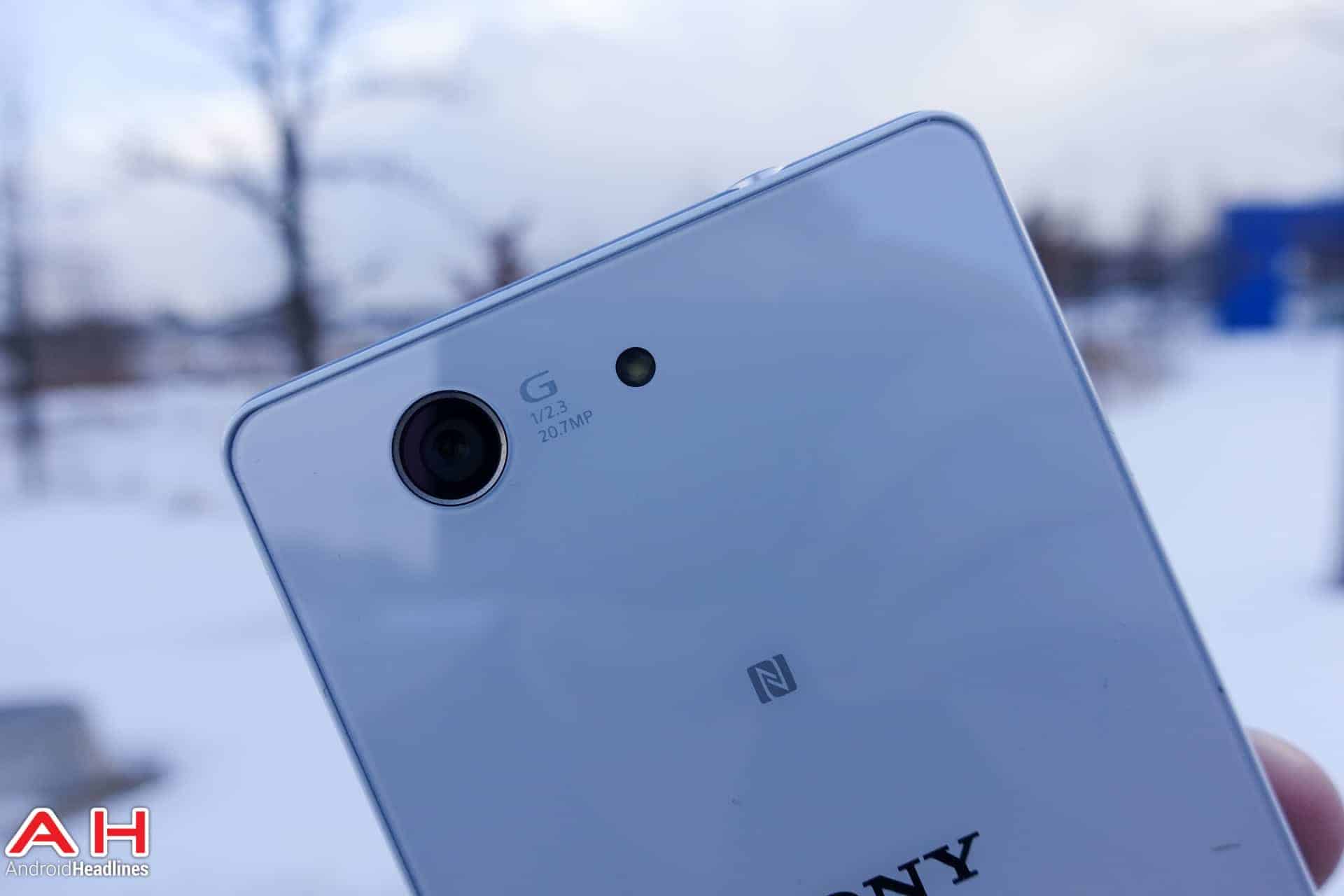 No real surprises with the camera here. It's the same camera that the Xperia Z2, Xperia Z3v and Xperia Z3 have. And I'm a fan of that camera. Between all the extra features that you can download separately here, and the quality of the pictures, it's an amazing camera. Also the camera app is very intuitive and easy to use, which is always a big plus. Down below we have pictures from the Xperia Z3 Compact. 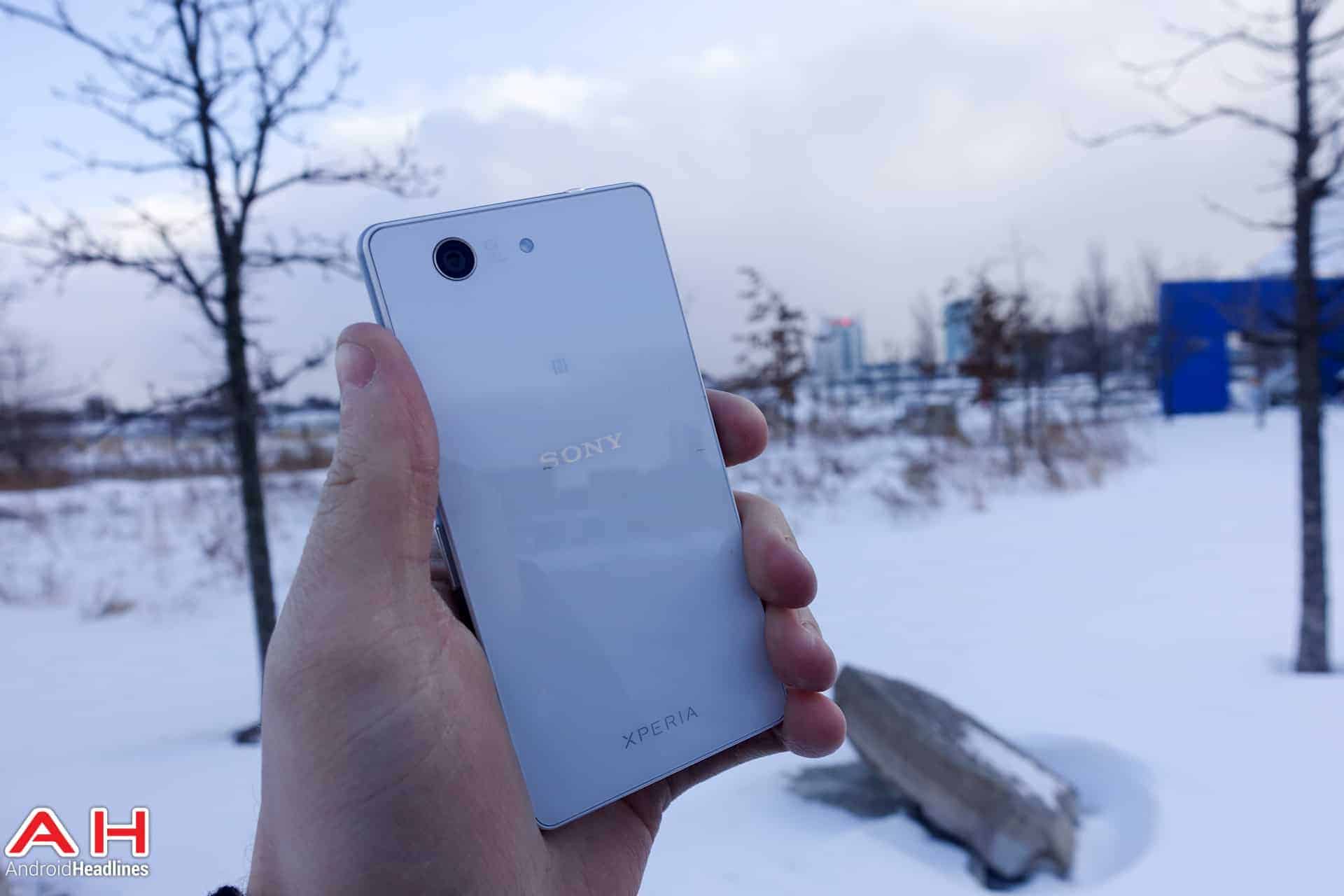 I absolutely love the Xperia Z3 Compact. I do love the smaller smartphones, and add in that amazing camera and battery life, and you've got a winner. It's just too bad that it's only available as an unlocked smartphone and not on US carriers. Since most people don't buy phones unlocked, I doubt that it's going to sell well, which is really sad. The Xperia Z3 Compact also comes in white, black, red and green. And the red one looks hot.