Smartphones aren't exactly known for their being the most durable things in existence.  For years smartphones were as easy to break as making one mistake and dropping them on nearly any surface, cracking the glass face and rendering the phone useless until repaired.  There's always been a market for phones that are more durable than regular phones too, but that market usually offers devices that are much lower on the spec chart and cost nearly the same as those higher-end phones.  Chinese manufacturer No. 1 is looking to make a name for itself in this market by offering a phone that's not only ultra rugged but inexpensive at around $150.  The name is as crazy as the idea for sure, but the No. 1 X-Men X1 seems to be in a class of its own at first glance.  Let's see how it holds up to closer scrutiny. 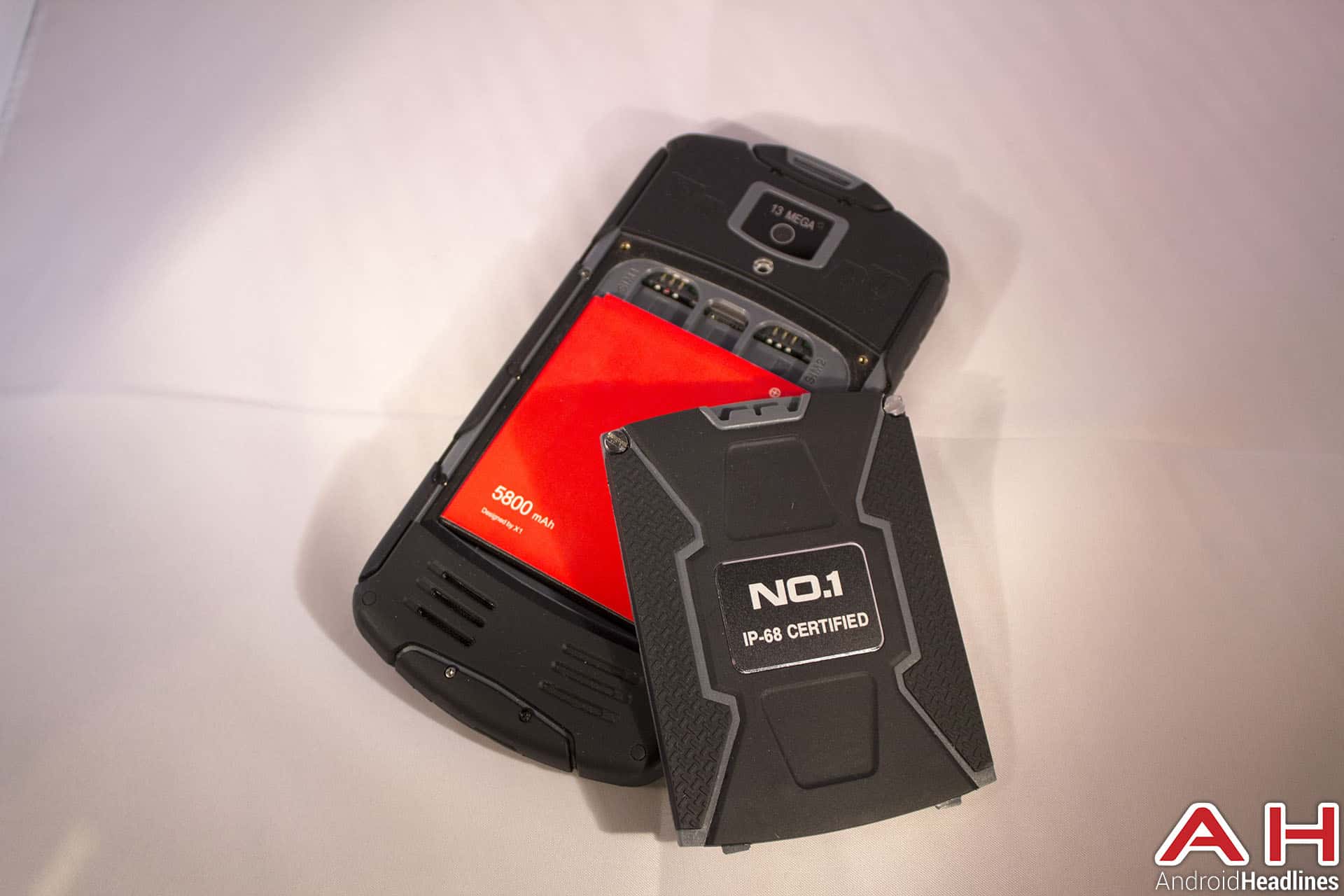 The specs offered by the No. 1 are impressive for the price, falling in line with what manufacturers like Xiaomi, Meizu and of course No. 1 themselves are offering with other phones in this price range.  The difference here is the ultra-rugged body that the No. 1 X-Men X1 comes in, all while offering nearly identical specs to other phones in this price range. 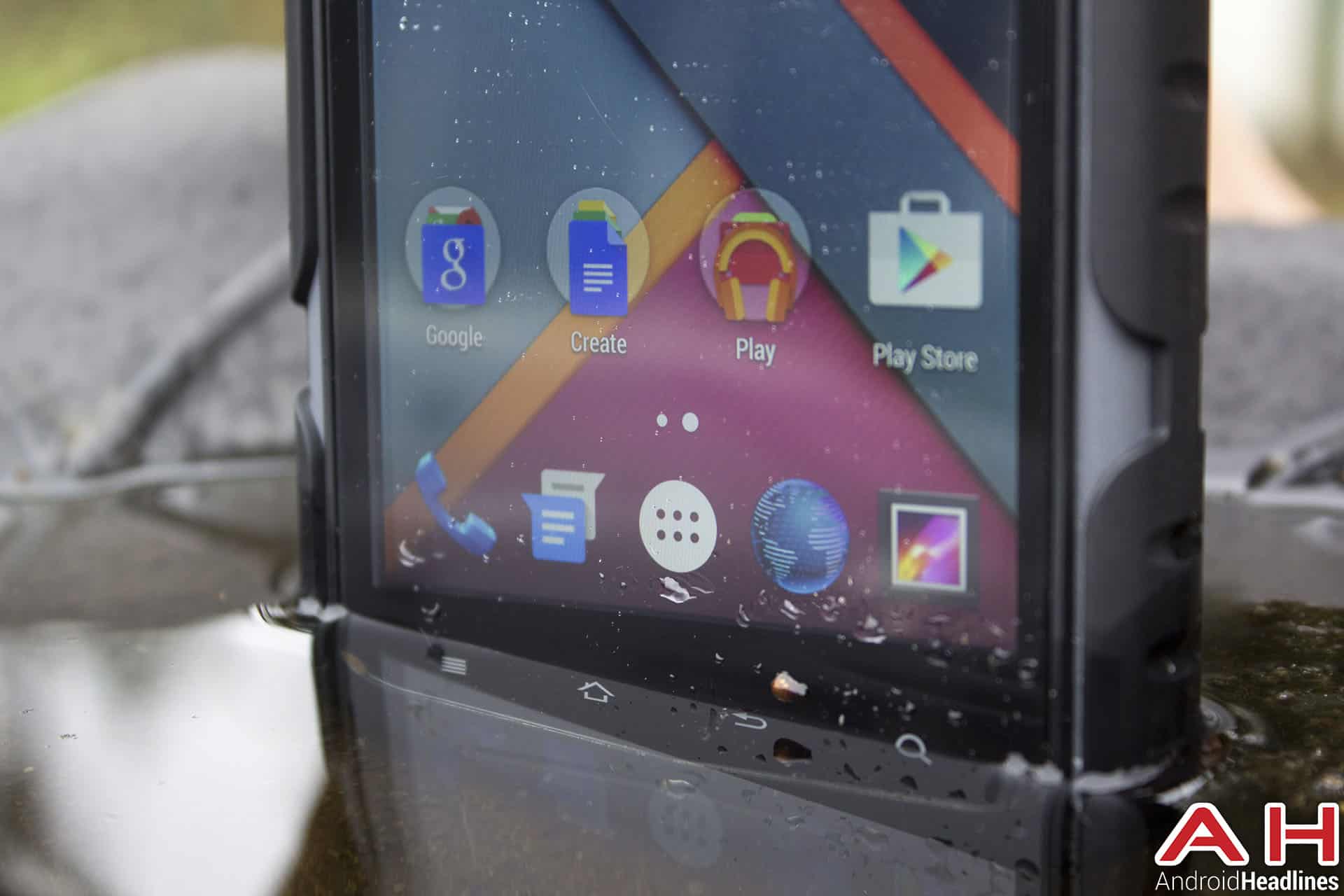 At 5 inches a 720p display is a pretty standard resolution, and that's great given the price of the device.  The quality of the display here doesn't come up winning any awards, but it isn't bad either.  Colors look great, black levels are decent, and best of all there's no obvious ghosting on the display.  The biggest setback here isn't even the display itself, it's the anti-scratch film covering the display.  While this provides superior scratch protection it also creates extra glare, making the display feel like it's never quite bright enough in the sunniest conditions outside.  Indoors the display is just fine, and I have no complaints there. 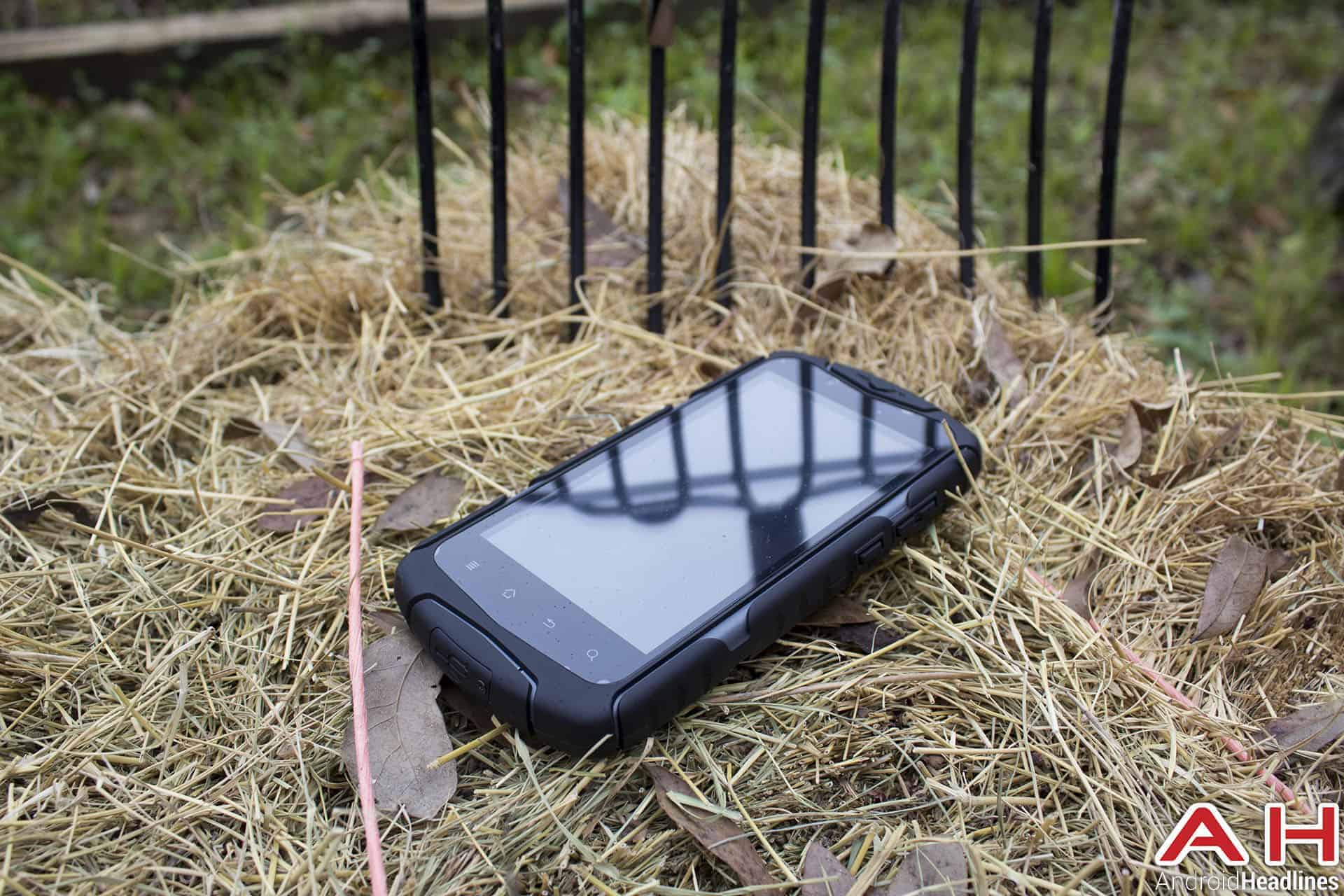 The most obvious difference between the No. 1 X-Men X1 and other phones is the rugged case the phone comes in.  This isn't a removable case either, it's part of the phone, taking the place of the traditional cheaper plastic body on phones in this price range and replacing it with an ultra hefty rubber and metal body.  The vast majority of the phone it covered in a thick rubber coating, providing superior protection against drops, scratches and anything else you can throw at it.  Screws adorn the case ensuring you that it's put together well and won't fall apart when repeatedly dropped.  Even the back door which holds the battery, SIM cards and microSD card, screws in to give a tight seal around the rubber lining.

The only downsides to this case are physical bulk, which makes it thicker and heavier than most phones you're likely used to using, and slight difficulty pressing the power and volume buttons.  Being thick rubber you've got to press pretty hard to use these buttons, and while that proved to be an annoyance I really don't find myself using the power or volume buttons enough to make this a deal breaker anyway.  Everything here is completely sealed and sits at the highest water and dust proofing standards, the IP68 standard.  As such you can expect to drown this thing in any amount of water, mud, dirt and whatever else doesn't physically melt the case without harming it.  You'll also find that the phone is rated to resist nearly any kinds of heat, frost or other environmental elements, and it's also rated to be scratch, pressure and shock proof.

The face of the device includes some rather mondo huge bezels for a 5-inch device.  In fact, the bezels are so large it's physically bigger than any 5.5-inch screen phone I have on hand.  The tradeoff is of course the durability of the case, and what really struck me as a positive point here is that there are no raised edges on the sides of the screen.  If you've ever owned a rugged case for a phone like an Otterbox you'll know how annoying the raised sides can be, getting in the way of swipes from the left and right side of the screen.  The screen itself is flush with the case, making swiping a pleasant experience.  You'll also find 4 capacitive buttons below the screen that hearken back to the Android 2.x days.

The right side of the phone features the both volume buttons and a power button.  The bottom of the phone has a standard micro USB port, but is covered with a rubberized flap to keep it from getting water or other elements inside, as is the 3.5mm headset jack on top of the phone.  On the back, you'll find a single large speaker near the bottom that's much bigger than most phones, as well as a 13mp camera module and single LED flash near the top.  As was said before the back plate is removable and is fastened in with screws, hiding the dual-SIM card slots, micro SD card slot and removable battery. 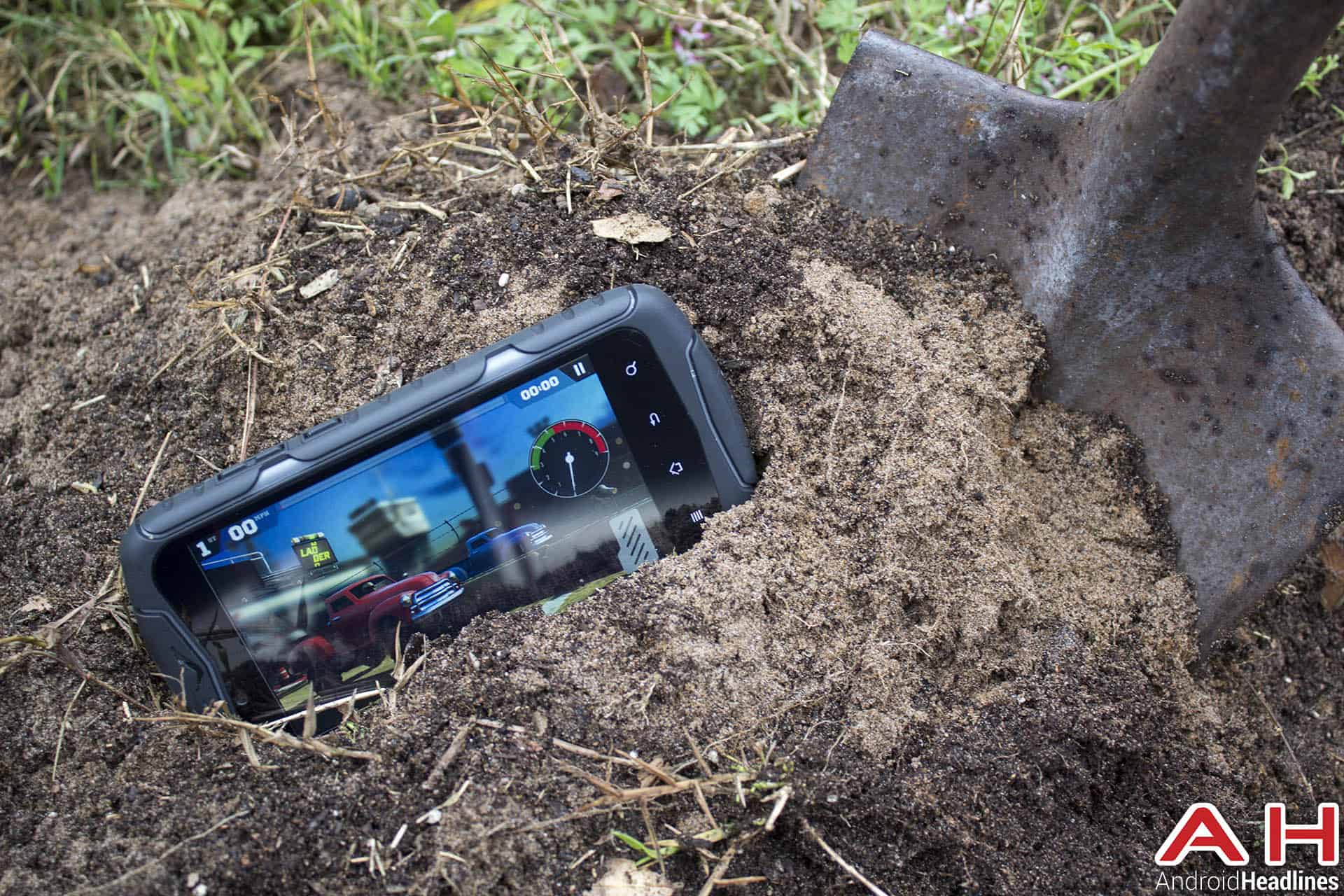 Chinese manufacturers have been quickly changing how we think of cheaper phones by providing specs worthy of being deemed a smartphone, and the No. 1 X-Men X1 is no different here.  Featuring a mid-range quad-core MediaTek CPU and 1GB of RAM, the phone can pretty much handle anything you can throw at it.  I didn't find a single game that wouldn't run well, and overall OS performance was very fast thanks to a nearly stock version of Android 4.4.2.  The biggest problem I found was with the YouTube app which seems to have some bizarre incompatibility with the CPU or GPU on the phone.  The framerate was abysmal on any quality, which reeks of driver issues related to video playback and Youtube.  I didn't have a problem when viewing YouTube videos through the browser though, or videos taken with the camera on the phone.

Without all the extra bloat and extraneous features that some skins have, multi-tasking was a breeze for even the fairly small 1GB of RAM included.  Holding the home button down to get to the Recents screen was annoying, and is a very pre-Android 4.0 thing to do, but it is what it is.  At the very least this is using the stock multi-tasking interface from Android which gives it a visually appealing and very usable look. 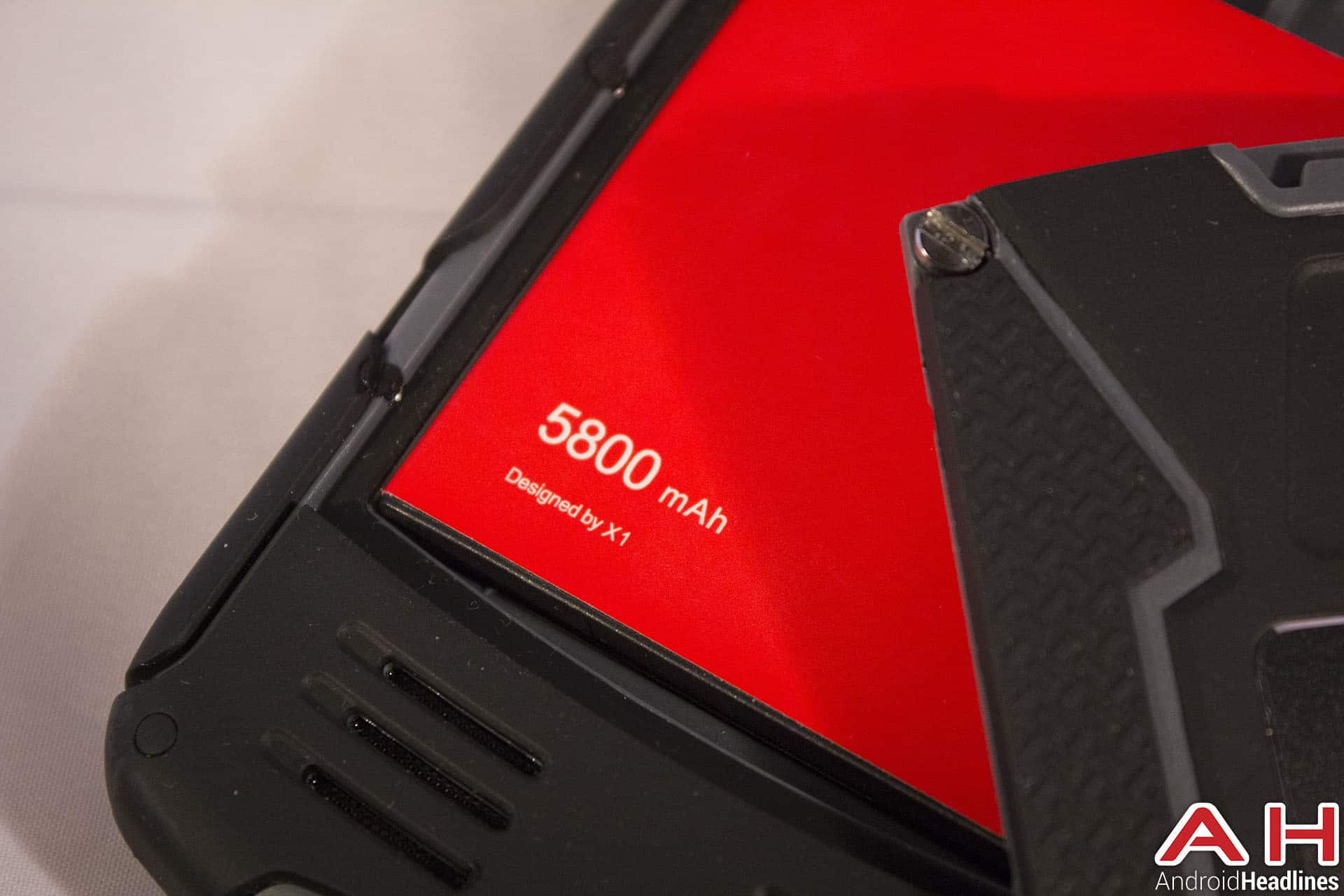 Most phones come with a battery somewhere in the 2,000-3,000mAh range nowadays, however No. 1 decided that since this was a rugged phone and may be brought to places where power outlets aren't always available, a 5,800mAh battery was placed inside.  To say the battery on this thing lasts forever is an understatement.  At well over twice the size of the battery on most phones out there, including phablets like the Galaxy Note series or the Nexus 6, the capacity of the battery is simply gargantuan, but doesn't feel so because of the way the case is designed.  No. 1 took advantage of having a larger ruggedized case and stuck a bigger battery in it instead of wasting hollow space.  Also remember that this is only a 720p display and has a much lower power processor, meaning that even at the most demanding of times it's never going to draw as much power as the aforementioned phablets would, meaning that huge battery just got virtually larger.  I got 3-day battery life out of this on most charge cycles, and that includes using it like I would a regular phone. 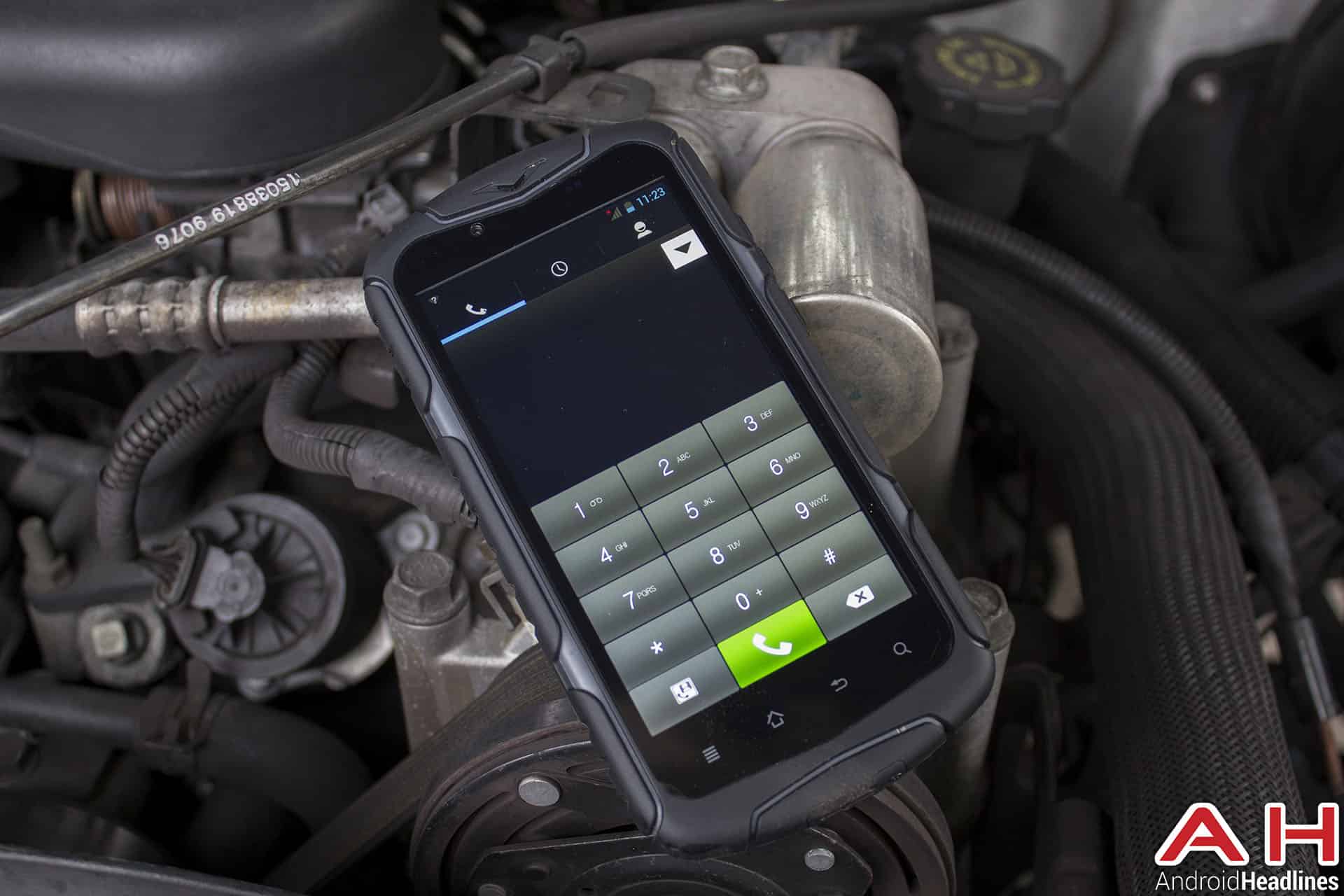 The No. 1 X-Men X1 is designed for use in the wild and for long battery life, which means no LTE support for the device.  While this is a bummer for some there's still plenty of space out there not covered by an LTE network of any kind, but there's plenty of 3G connectivity to go around.  The phone worked flawlessly on both T-Mobile and AT&T's HSPA networks, giving me great download speeds and good call quality.  3g/2g handoff was also flawless showing that all the necessary bands for use on these carriers are available, and dual-SIM support is also present for those who need it.  Here's the specific band usage if you want to check with your carrier and make sure it works in your region or country. 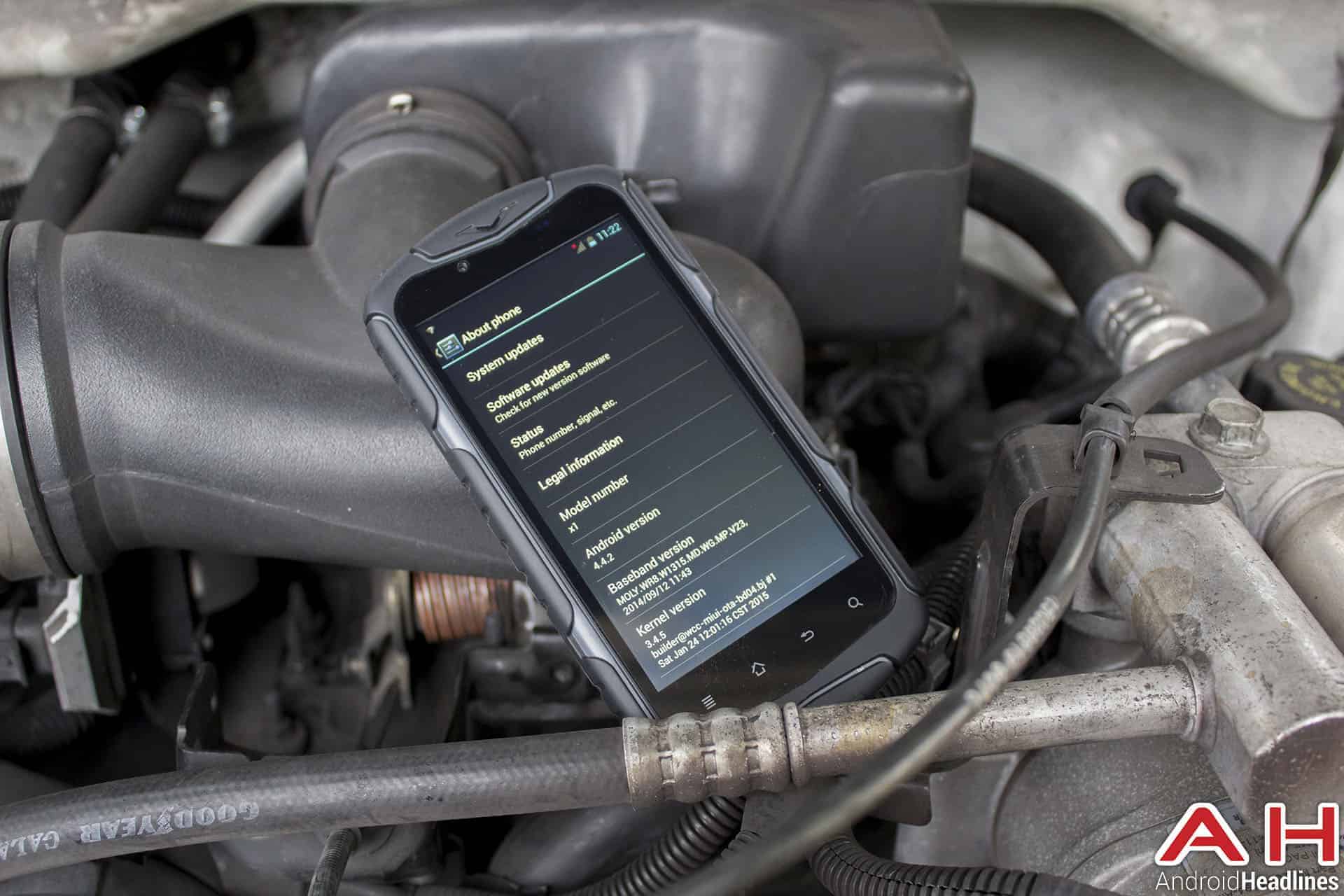 Nearly stock Android 4.4.2 KitKat is what you're going to find here, with only a scant few things changed out.  The dialer is one of those unfortunate apps changed out, featuring a fairly standard T-9 style dialer with auto contacts search as you type in a name.  Outside of this the only notable apps included are a backup and restore app that uses the built-in backup function of Android to store a backup of your phone on the microSD card inserted.  You'll also find a file manager, FM Radio with headset support, compass app and a SIM toolkit app to help manage your SIM cards.  The phone is fully Google Play Certified and comes with the Play Store and the usual set of standard Google apps preinstalled. 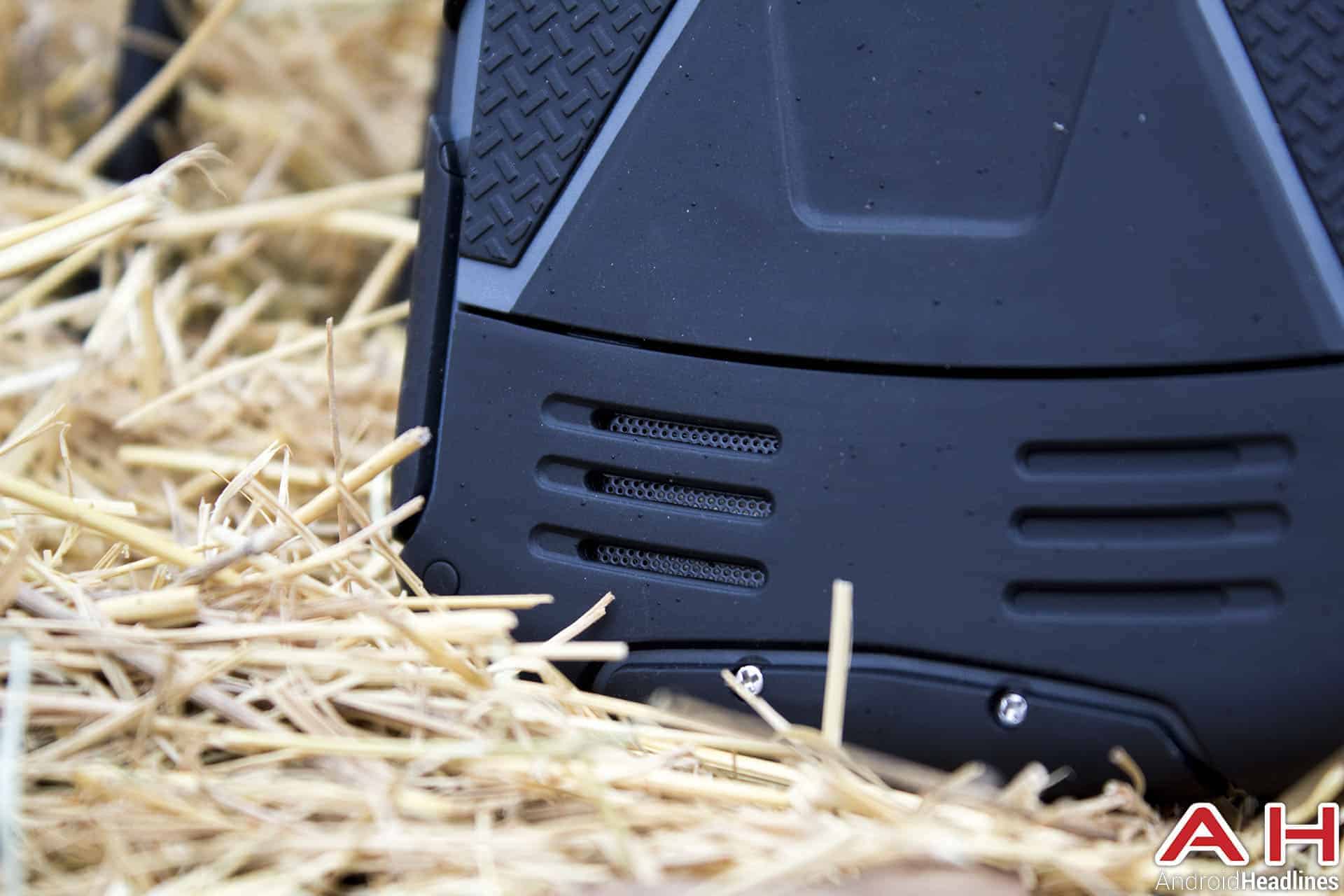 Sound from the speaker on the phone itself was incredible, and is probably the loudest and clearest back-facing speaker I've ever heard on any phone.  I was genuinely impressed with the truly insane volume levels the phone was able to pump out even when the volume wasn't turned all the way up.  Sound out of the 3.5mm headset jack was just fine, and there's even a built in 5-bar equalizer with presets and other effects included. 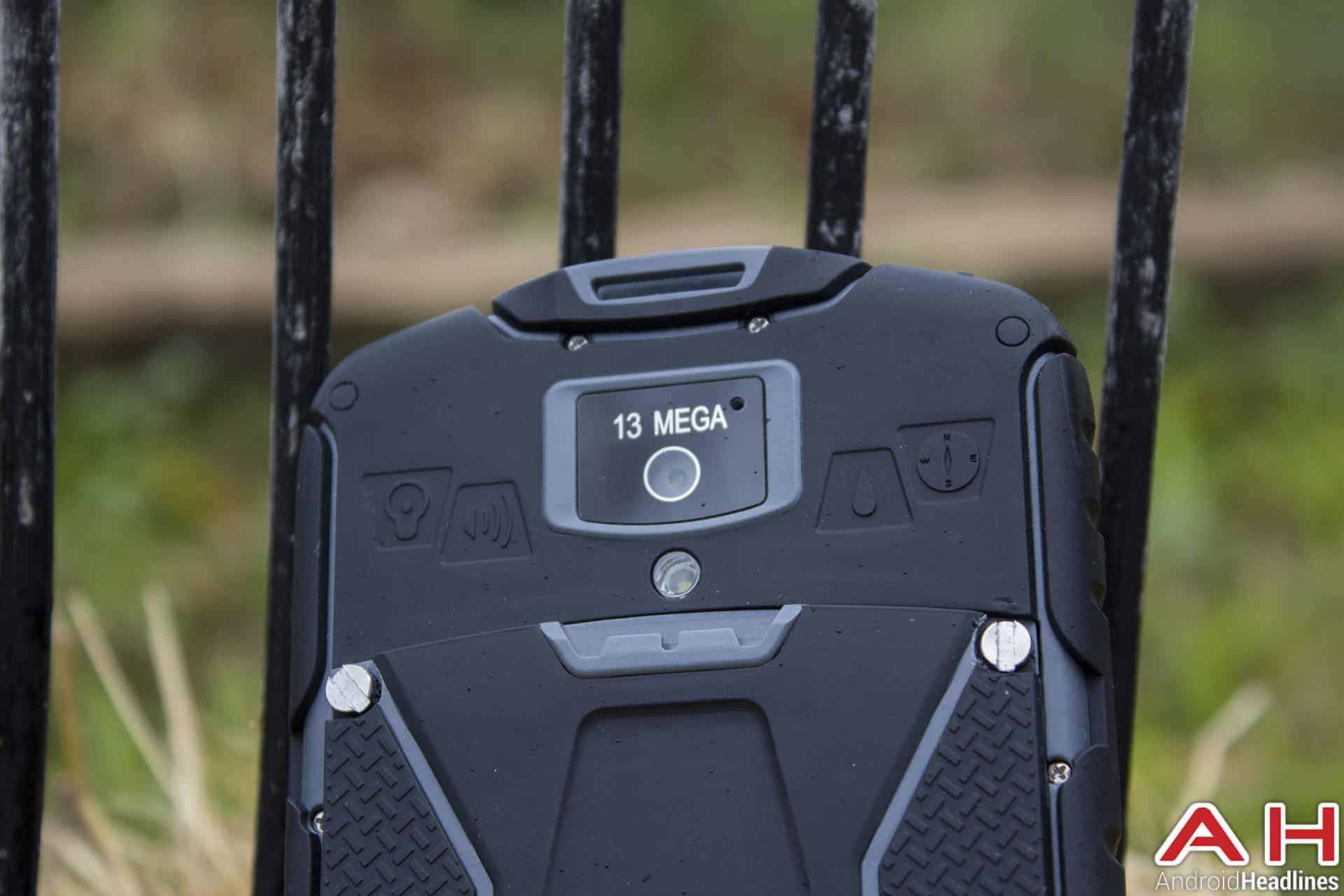 At $150 one of the first things that usually gets the axe in terms of quality is the camera.  No. 1 seemed to make the camera more of a priority on this device than it has on some of the other phones we've reviewed from the company, and I was genuinely impressed with the quality that came from the device.  Even low light performance was above average for this price range, and it sits somewhere around or even above Xiaomi's Redmi 2 in terms of overall picture quality.

The interface reminds me more of Motorola's camera interfaces than anything, and features a row of icons up top to change the shooting mode.  HDR mode even works very well and is fast, again unlike most phones in this price range.  In all honesty there are a metric ton of options here, more than almost any camera software I've seen, including things like filters, digital image stabilization and more.  Check out the gallery below and see what you think. 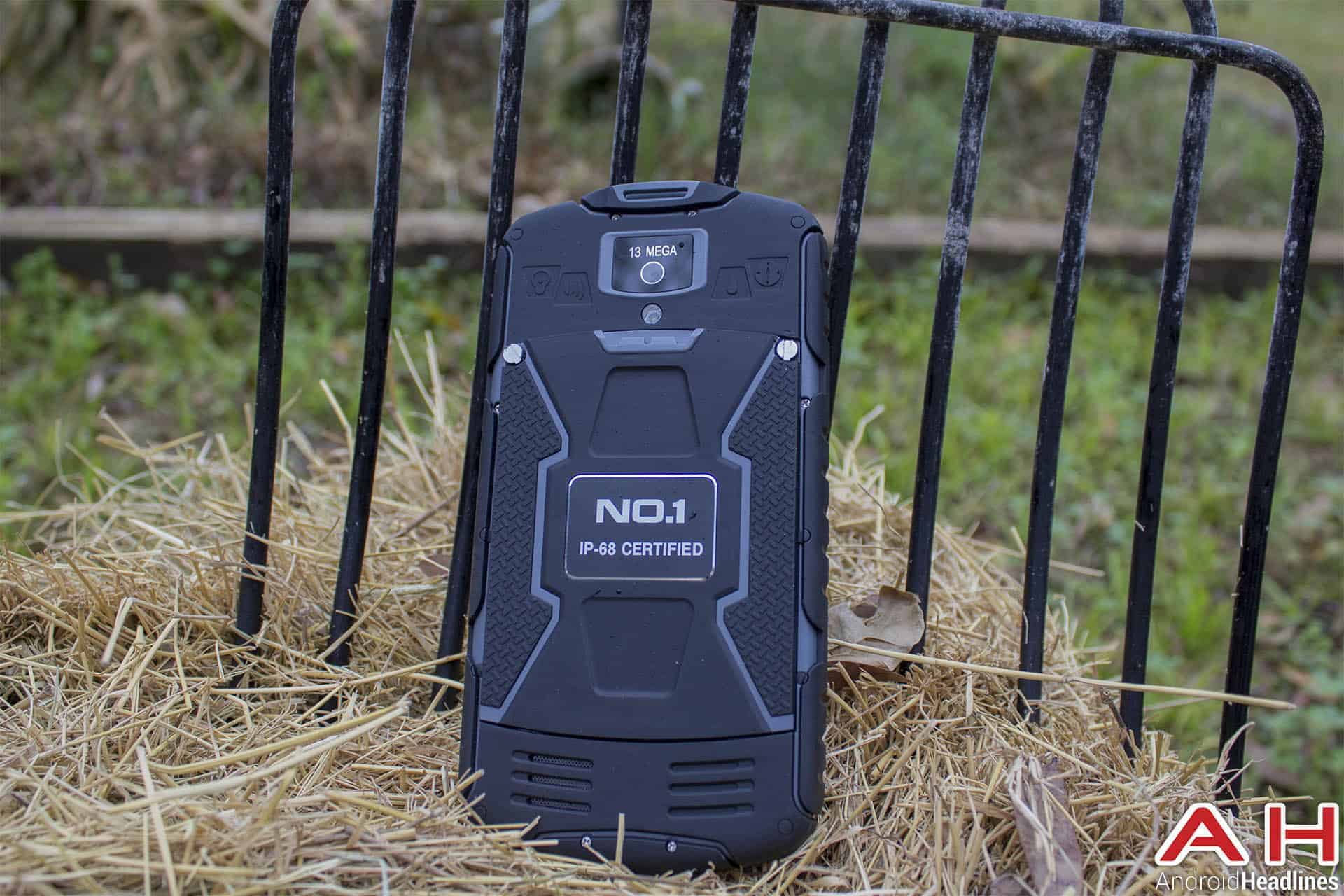 If you can take the bulk that's present from the casing used on the phone, the No. 1 X-Men X1 is a phenomenal phone that I can recommend to anyone looking for both a cheaper phone and one that's build to withstand the elements.  Every part of the phone looks and feels higher quality than anything else in this price range, and the performance of the device was generally impressive no matter what we threw at it.  Couple this with an excellent camera for the price and the incredible build quality that can withstand literally anything you throw at it, allegedly including a car running it over.  We're going to do some more extreme tests on the phone over the next few days and will bring those to you soon.  If you're interested in picking one up check out our trusted supplier for the yellow model, black model or grey model, and of course any other No. 1 phones.