The Kenu Stance tripod for Android is one of those accessories that you don't think about until you have it, and then you wonder what you ever did with out. It's a small metal tripod stand that plugs into the USB port on your phone or tablet and lets you watch movies, make video calls, record videos, and do it all without needing to touch your device. The Stance steadies your phone during video recording and lets you eat your popcorn while watching a movie on your tablet. It's heavy and sturdy, and I'll admit that I didn't think I would have a use for it when it first showed up at my house. Now I use it all the time. Let's take a closer look at the Kenu Stance tripod. 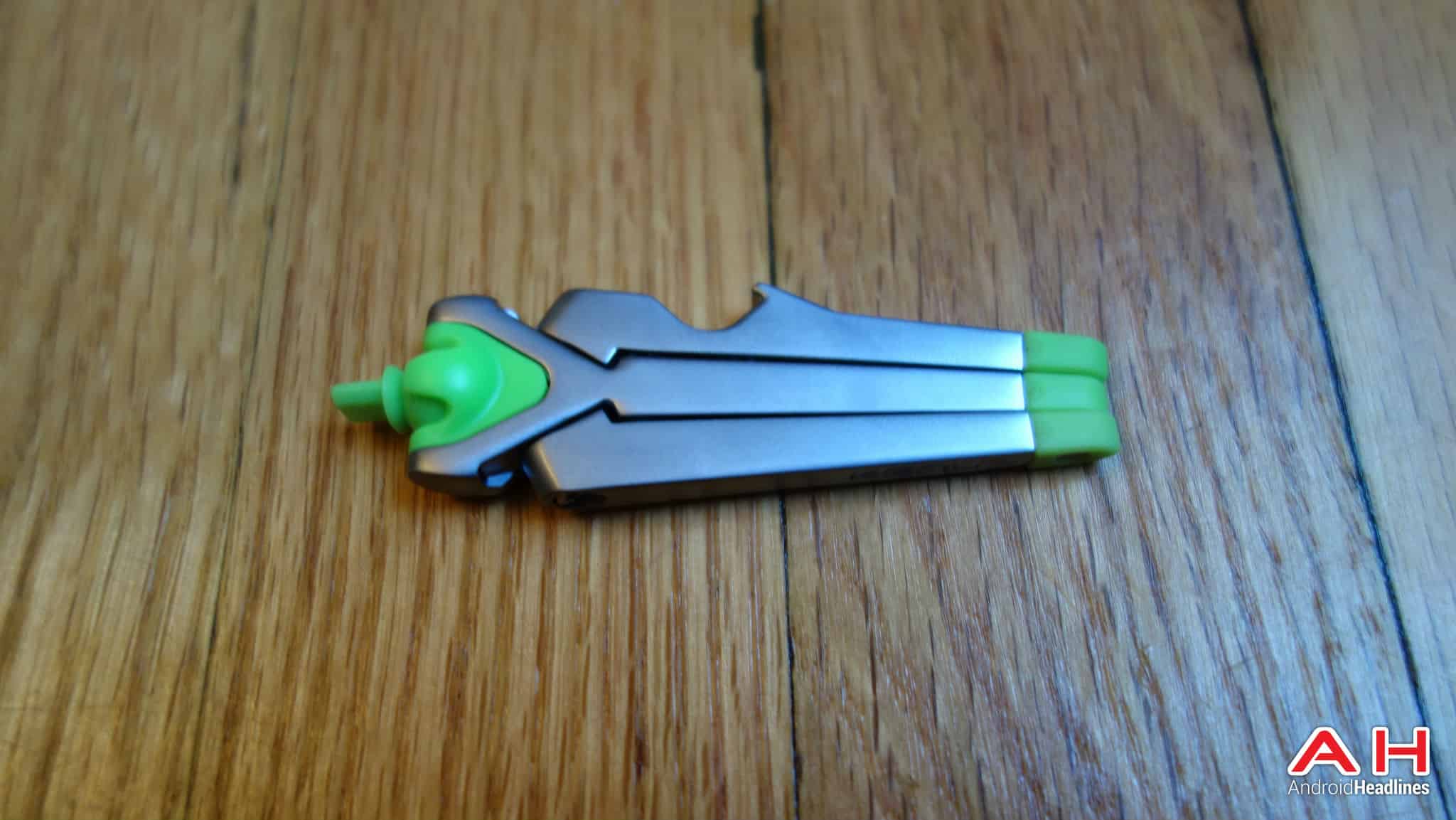 The Stance tripod is about the size of as a 5-pack of gum. One of the first things I noticed when I opened the box was that it has a bottle opener on one of the three legs. Not only will this thing hold up your phone so you can watch a movie, you can use it to crack a cold beverage too. The tripod weighs 102 ounces and has green plastic tips on the end of each leg. This will help to prevent scratches on your table or desk when your device is standing up in it. The Stance attaches to your phone by plugging into the micro USB port. This tripod is designed for Android and Windows Phone devices, according to Kenu. It will work with just about any device that charges via micro USB, however. It has a ball-and-pivot joint that allows for a decent range of motion. You can rotate your phone on the tripod to get it balanced just right, or to adjust angles if you're capturing a photo or video. The overall design is simple and the build quality is solid. 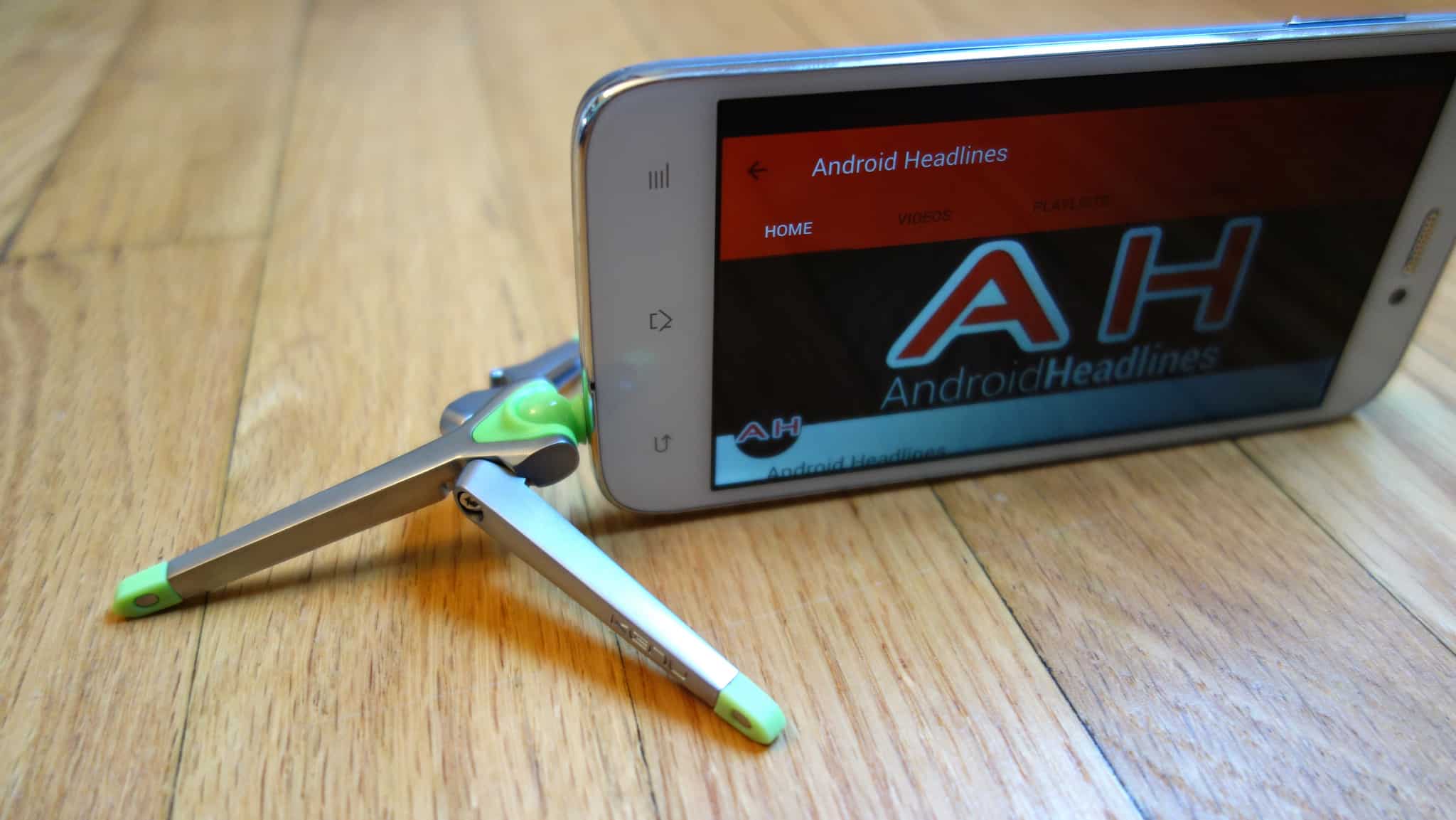 Using the Kenu Stance is as easy as you're thinking it is. It works on a wide range of phones. I used with several demos I have, but it didn't work too well with my Xperia Z2. The Z2 has a flap over the charging port, and the charging port is a bit recessed. This made it almost impossible to plug the Stance in and get it positioned correctly. Other than not being able to use it with my Z2, using the Stance was a breeze. Plug it in, stand your phone up or lay it on its side, and press play on a movie. The three legs can be positioned just about any way you like, giving you easy access to shoot steady video or when you're on a video call.

The Stance needs your charging port to stand up your phone. This is probably the tripod's biggest flaw. It means you'll want to fully charge your phone because you won't be able to charge it part way through a long movie. The Stance is compact and easy to carry, but it could also do with a whole for a key ring or some other way to carry it on a keychain or carabiner. 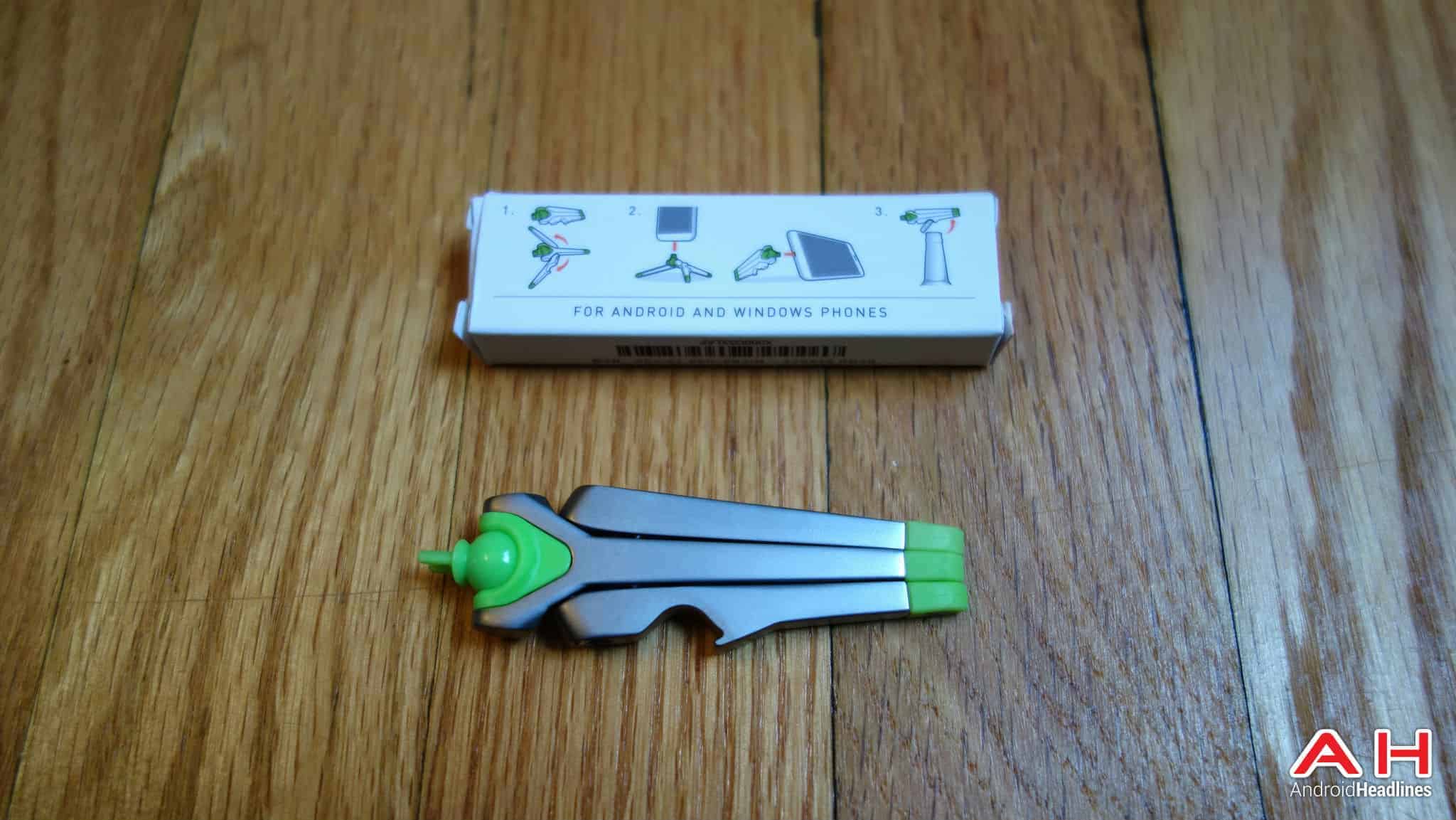 The Kenu Stance is a simple, easy-to-use tripod that is compatible with just about any device that has a micro USB charging port. It's a great way to keep your phone or tablet propped up when watching a movie, or shooting photos or video. You can find the Stance on Kenu's website or on Amazon for $29.99.