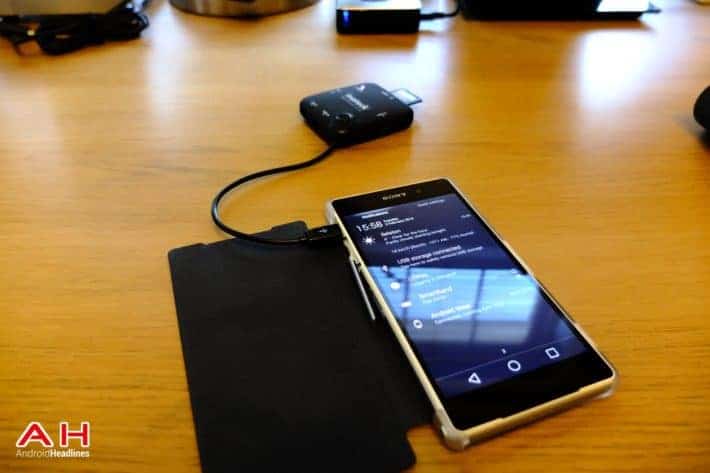 These days our smartphones and tablets can do all sorts of things, and such is the nature of Android that there are so many apps available to help fill that function gap you need plugging. What about the hardware side of things though? A lot of devices out there don't ship with a full USB port and while microSD ports are fairly common, that doesn't help out a photographer using full-size cards or someone in need of mounting a USB memory stick. Inateck however, hope to offer a solution with the HB3001G OTG USB Hub and Card Reader. The HB3001G model number is not the nicest name out there, but it's not about its name, it's about what this little thing can do.

Essentially, this is a sort of multi USB OTG adapter with some extra tricks up its sleeve. There are three USB 2.0 ports here as well as card slots for SD, microSD, MemoryStick and MemoryStickDuo. Thanks to all of these different card slots and USB ports, this is the one thing you need to access all sorts of information on the go. For testing, I used my Nexus 9 (running Lollipop, of course) and a Sony Xperia Z2 running Android 4.4.4 KitKat. On both devices, I ran into very few problems. I only had a handful of SD cards, a microSD card and a USB 3.0 hard drive on hand to test, but they all worked flawlessly.

As there's no file manager offered by default with Android, I downloaded a couple (ES File Explorer and File Commander) from the Play Store to see if I could mount these new storage options. On the Nexus 9, I had no issues powering by Seagate Expansion Drive from the hub as well as the SD card you see in the images at the same time. My Xperia Z2 on the other hand didn't want to power my hard drive, which is where the supplied USB DC cable comes in. You just plug this cable into a USB adapter and then the DC end into the hub and you can give hard drives a little extra juice. This is pretty messy, but at least that option is there and like I said, I didn't need it with my Nexus 9 and both file explorers I used worked great.

So, who's this for? Well, it's certainly not for your everyday user, rather it's for photographers on the move that want to check photos on their tablet or smartphone, after all many devices ship with a 2K display on the tablet side of things and most smartphones are 1080p so there's a lot of pixels to work with there. It could also be of use to business users who need to view documents on their tablet or smartphone from a USB memory stick or some sort of memory card. It's simple and easy to use, relatively inexpensive and nice and portable. Plus, there's the added benefit that if you just need a USB OTG cable, this has three of those built in. You can purchase the Inateck HB3001G at Amazon or from the Inateck website.