When you think of Android tablets, what manufacturers do you think of? LG? HTC? Samsung? ASUS? I know that's what I think of. What about Dell? Dell hasn't done a whole lot of Android-powered tablets. And the last two Venue tablets I got my hands on were not impressive at all. Essentially they were mid-range tablets with plenty of issues. But the Dell Venue 8 7840 is the complete opposite. When this was announced recently, I got really excited about it. And it takes a lot to get me excited about an Android tablet. Dell has given this tablet a fantastic, near edge-t0-edge screen, as well as three cameras on the back. We'll talk more on that further down in the review.

Editor's Guide: We're going to call the Dell Venue 8 7840 the "Dell Venue 8" or simply "Venue 8" throughout this review. Since the name is a bit of a handful. 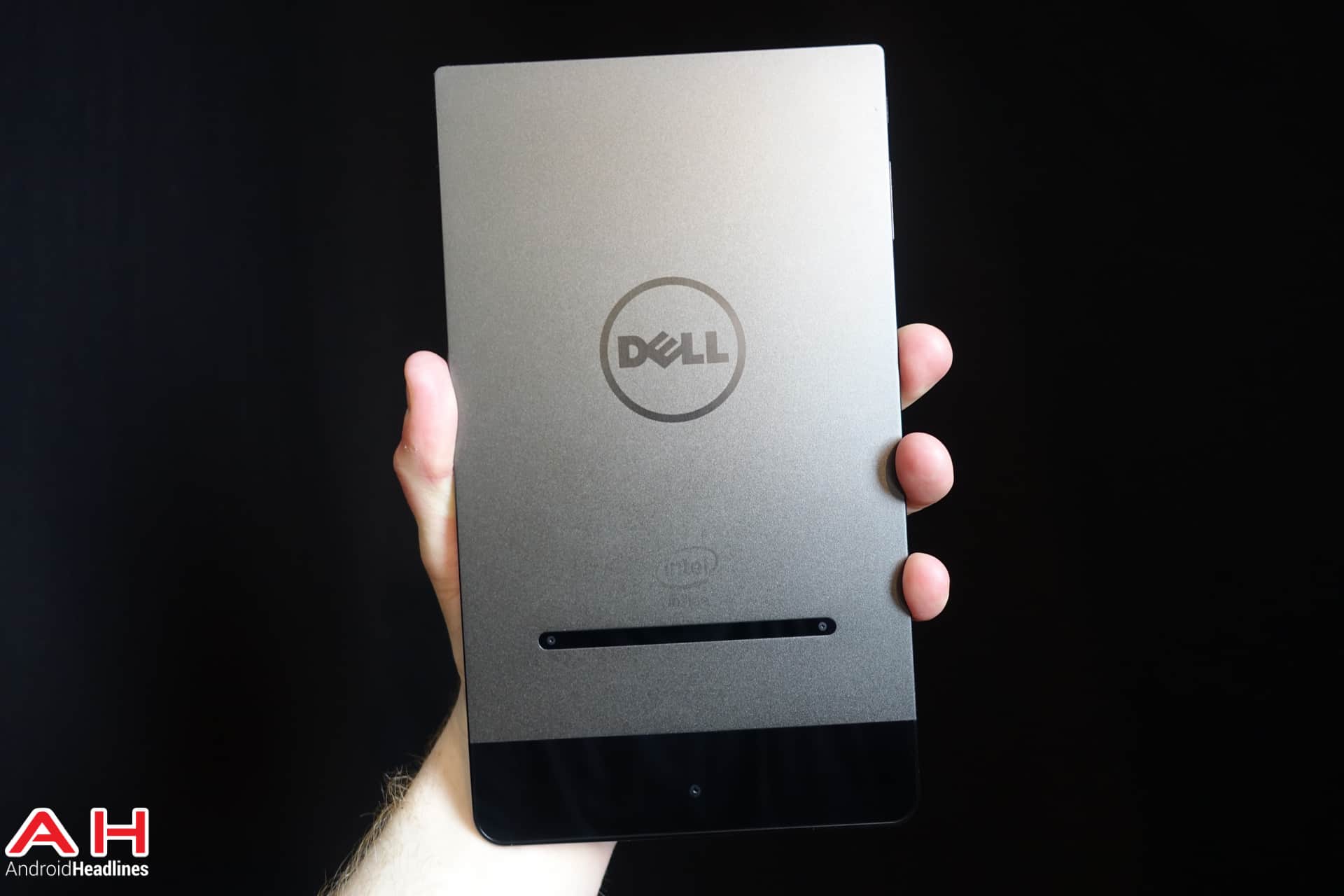 The Dell Venue 8 is made of aluminum, except for the back side of the tablet where the cameras are. That appears to be glass, and is a huge fingerprint magnet, which kinda sucks, but hey at least its not the entire tablet. On the front you've got a nice chin at the bottom which features the speaker and the camera. While the rest of the front has a very thin bezel. There's also a beautiful 8.4-inch 2560×1600 resolution OLED display. Which looks amazing, actually. I absolutely love the screen on this thing. On the back, we have one camera at the bottom, along with two further up, which do all kinds of cool things. We also have the Dell and Intel logos and that's about it. 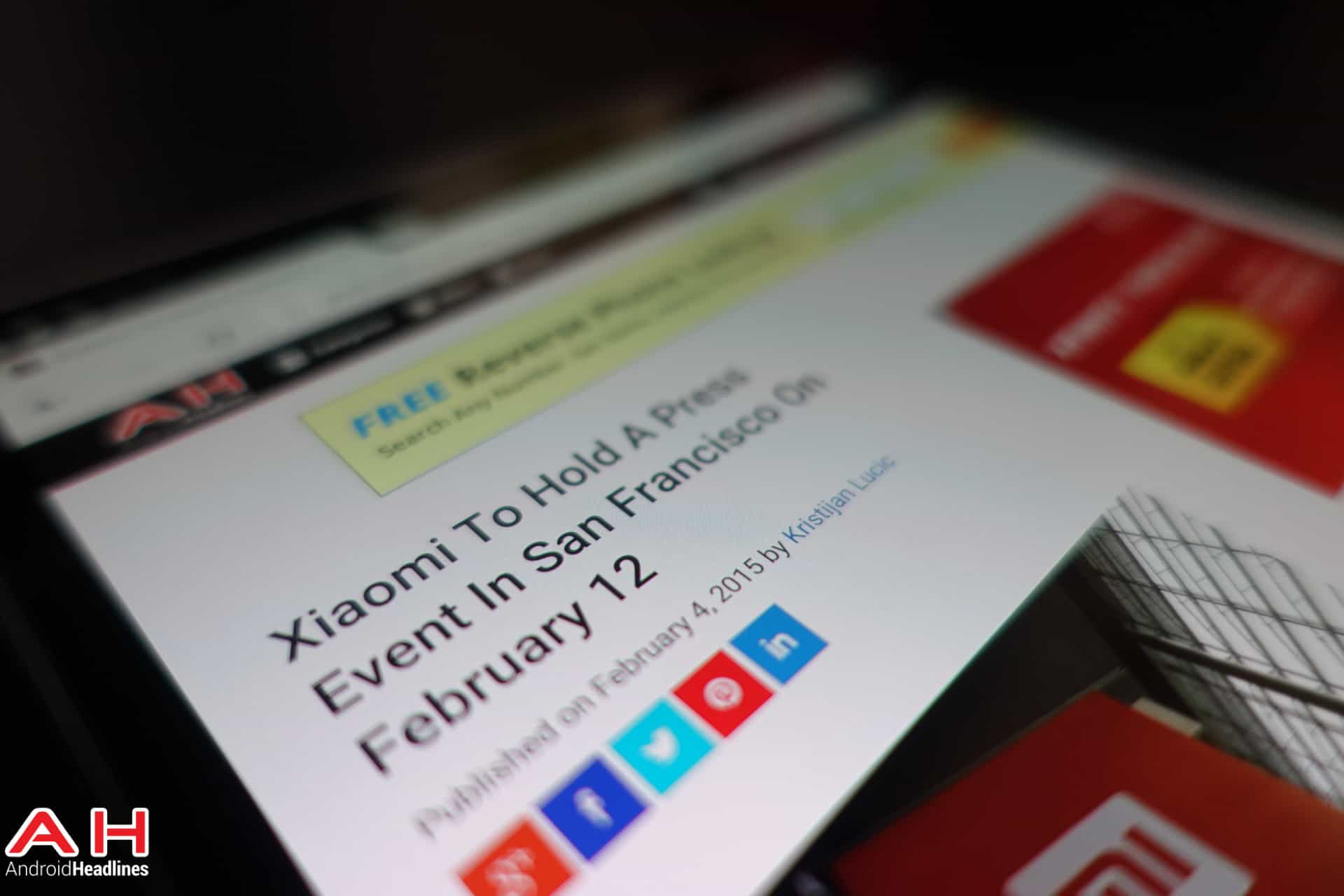 Talking about the display, it's probably one of the best I've seen. I really liked the Galaxy Tab S' display, but the Dell Venue 8 display is even better, in my opinion. It's nice and bright and is great for watching videos and such. It's an OLED 2560×1600 resolution display. I can't wait to see more tablets with this same panel. 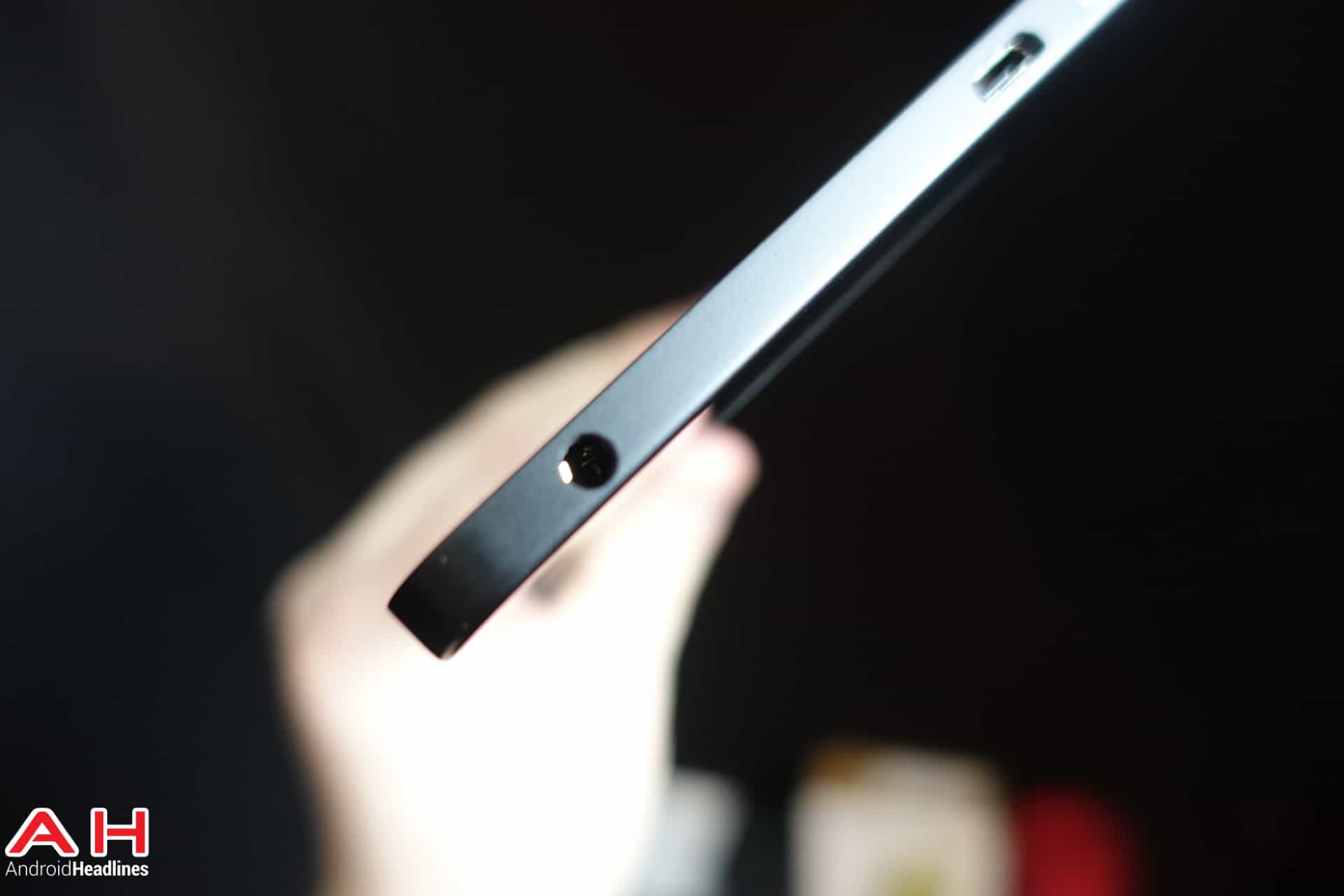 The hardware here is top notch, in my opinion. It feels great in the hand and looks great. Although, because it's so thin, it is a bit difficult to pick up. It's just 6.1mm thin. Which to put that in perspective, most smartphones were 9mm or thicker. So it's pretty darn thin. Although I'm not a huge fan of the chin at the bottom, you've got to put the camera somewhere, and it's a good idea to add some front-facing speakers there too. It's a good use of space. Which I think is a good thing. 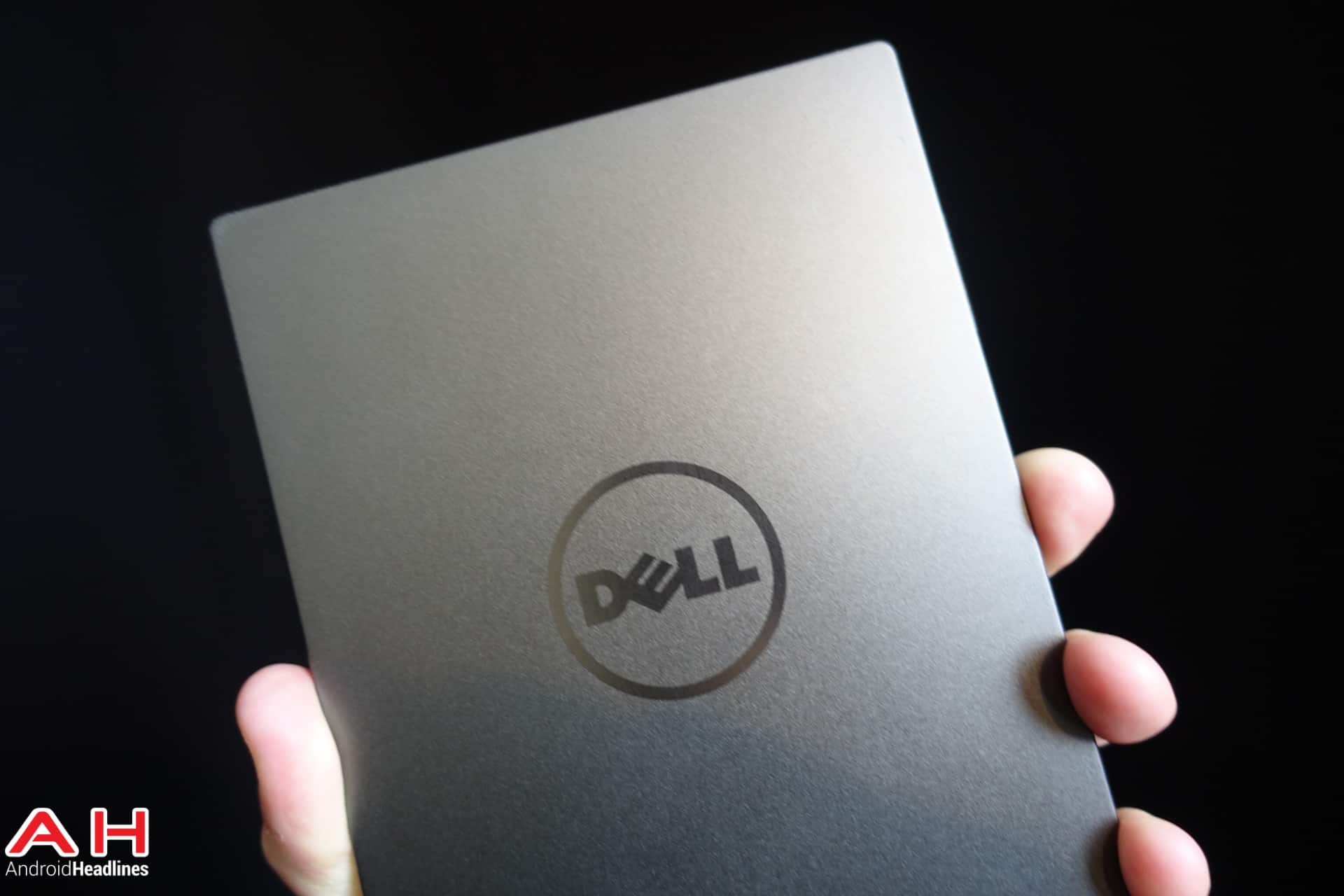 Performance is pretty amazing as well. I was quite impressed. Seeing as the Dell Venue 8 does run on an Intel chip, and I've never had a pleasant experience with an Intel chip in a tablet or smartphone. It's great for gaming on, and multi-tasking. I did my best to push this to it's limits, and no lag whatsoever. Which I think is amazing. 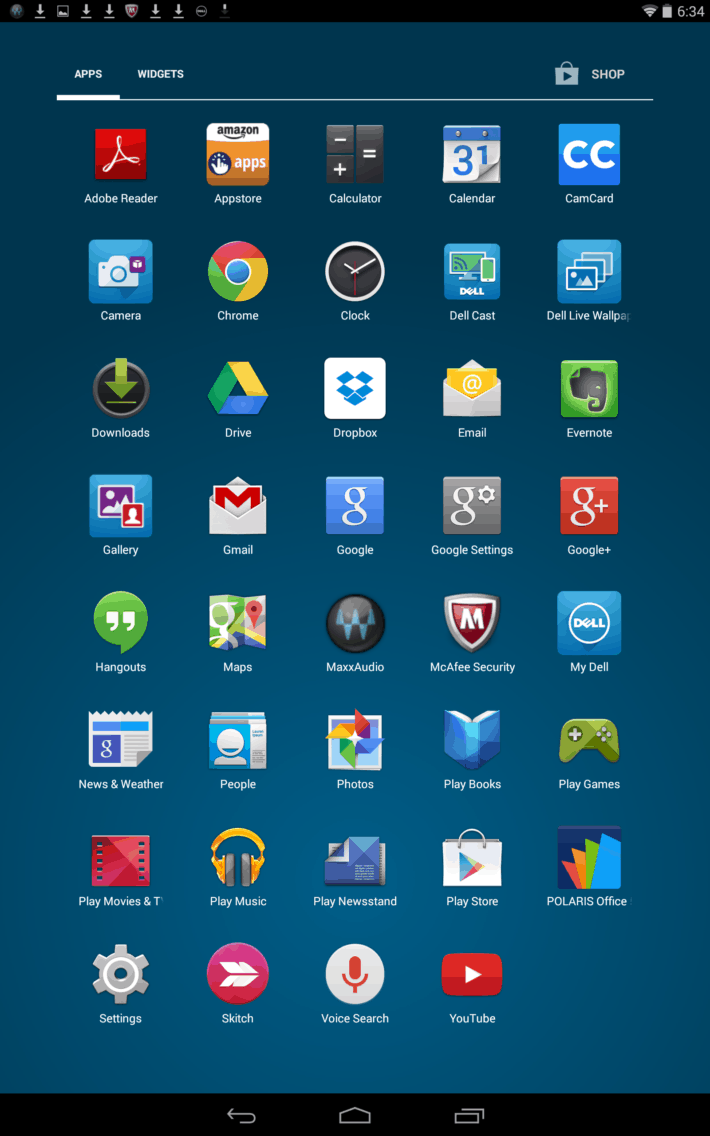 As far as the software goes, we're looking at Android 4.4 KitKat. It's mostly stock Android, but there are a few changes here. One thing you'll notice is the blue background in the app drawer, and settings. Which isn't a bad thing (I actually like it), but it is not stock Android. Dell does have a few bloat apps on here including Adobe Reader, Amazon, Amazon Kindle, Amazon Music, Amazon AppStore, Camcard, Dell Cast, Dell Live Wallpaper, Flixster, Ice Age Adventure, MaxxAudio, McAfee, My Dell, and Vine. So there's not a lot, but there is a fair share of them. 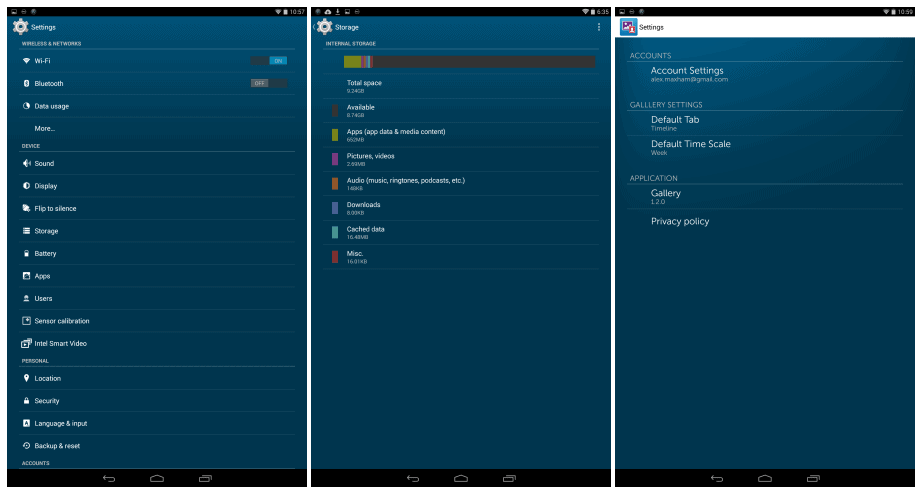 One of the apps that Dell has included on their tablet is My Dell, and I actually really like it. Sure, it's unneeded, but still nice to have. It shows you information about your tablet. Including the model number, software version, manufacturer, network/plan, service tag, as well as internal storage, charging, CPU, and RAM. At the bottom of the page, you have links for  a Quick Checkup and shows when your warranty expires. 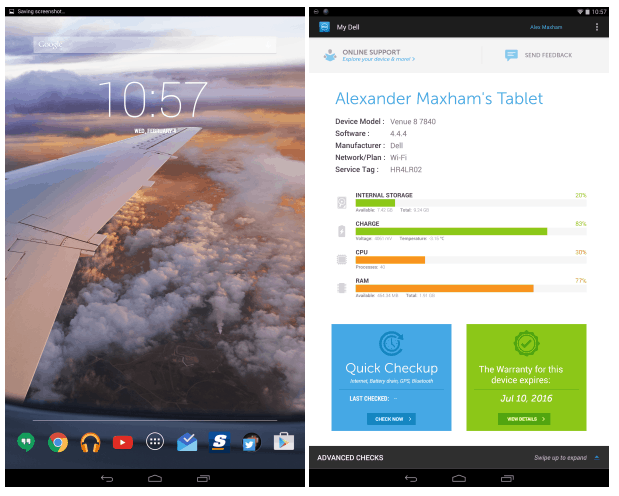 Another feature in the software that I really like is the live wallpapers that Dell gives you. It's sorta like the features that Amazon uses. So when you tilt the tablet, the image moves. Which is pretty awesome, especially with the airplane picture that they have on there. 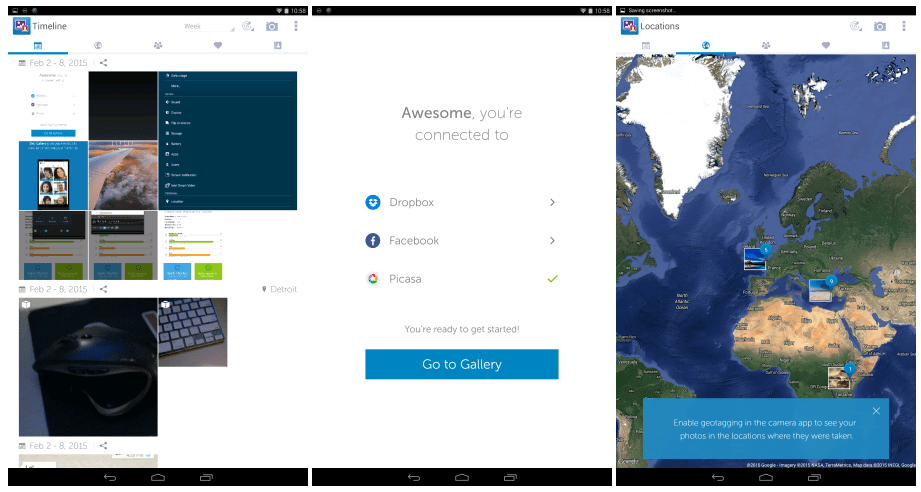 Dell's Gallery is quite interesting. You are able to integrate Picasa, Facebook and Dropbox into the gallery app. Obviously that'll use up more space on your tablet, but it's a great feature to have. The app, overall, looks great, and has some pretty fantastic features. The default view is separated by date. You are also able to see what pictures were taken where. As well as groups (this uses the Facebook connection), favorites, and then all of your albums. It's a really great app actually. 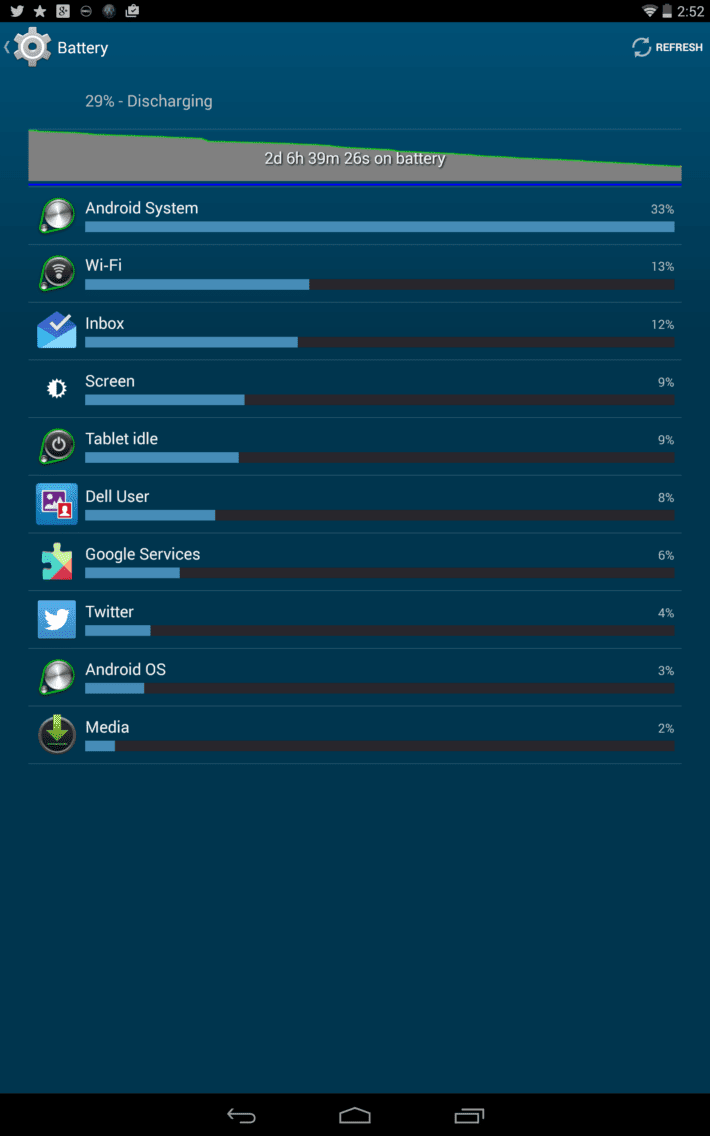 Battery life isn't too bad, but it's not too great either. It'll definitely get you through the day, but will you get a few days out of it? Probably not. You can check out our battery stats above. 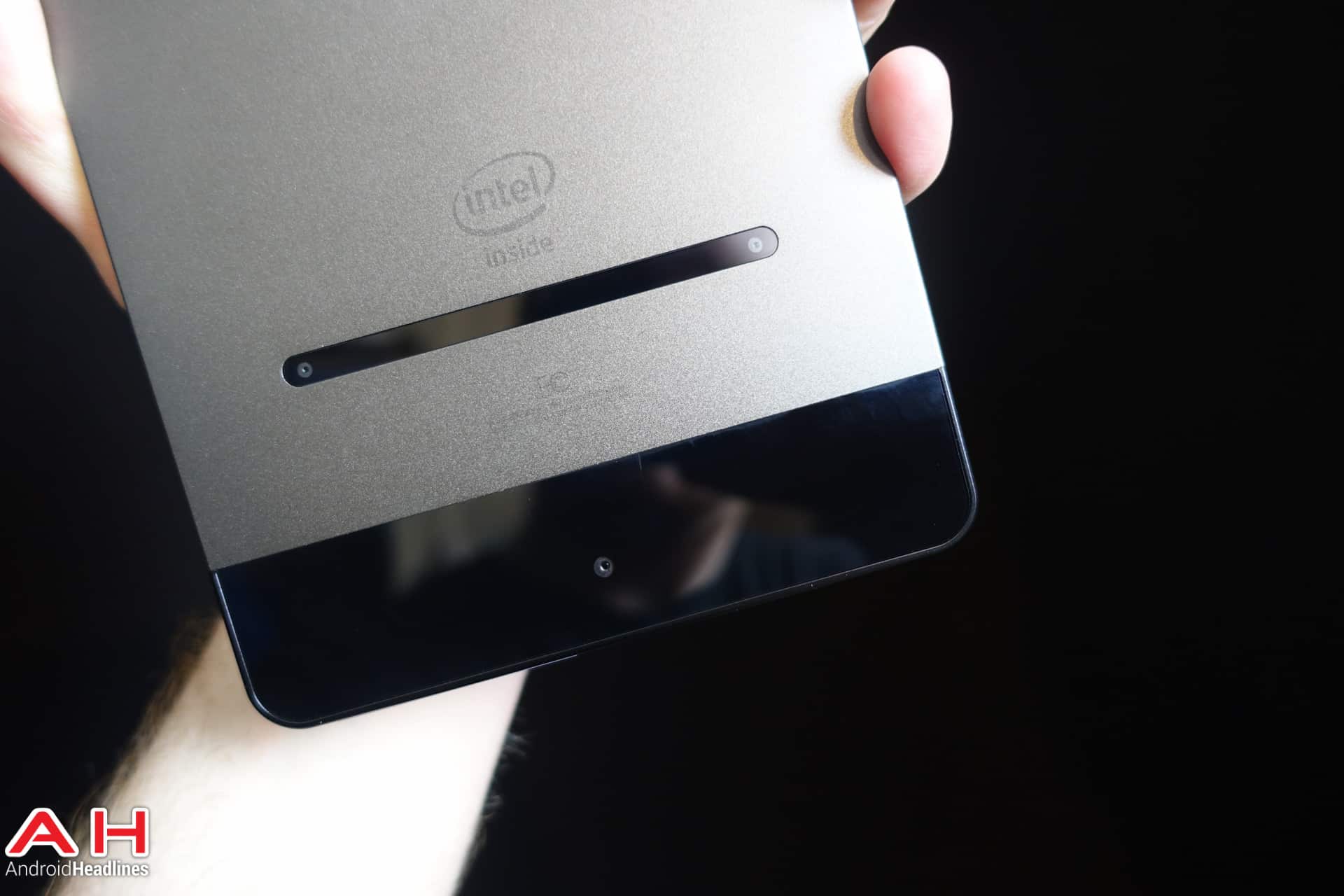 The camera isn't that great on the Dell Venue 8, but that's kinda expected on a tablet. However, some of the cool features that the cameras on the back boast are pretty sweet. However, the only feature that's available right now is depth. In the future you'll be able to use the other two cameras to measure how long an object is. 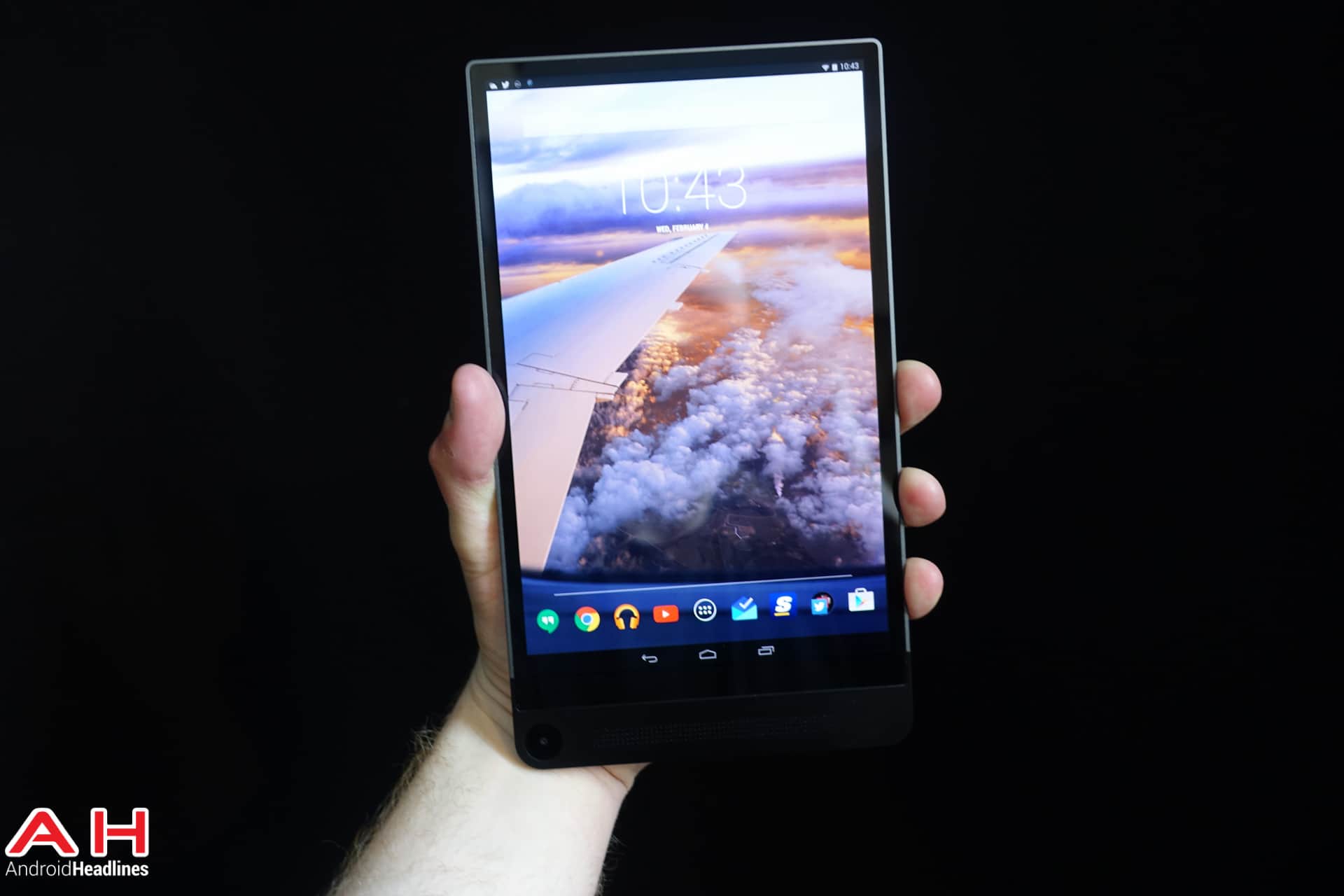 The Dell Venue 8 is a really great tablet. I'd say it's one of my favorites that's on the market right now. But I'm not sure if it's worth the near $400 price tag. But it'd be up there with the Google Nexus 9 and NVIDIA Shield Tablet, in the 8-inch tablets that are amazing. You can grab the Dell Venue 8 from Best Buy, Amazon, Dell and other retailers soon.