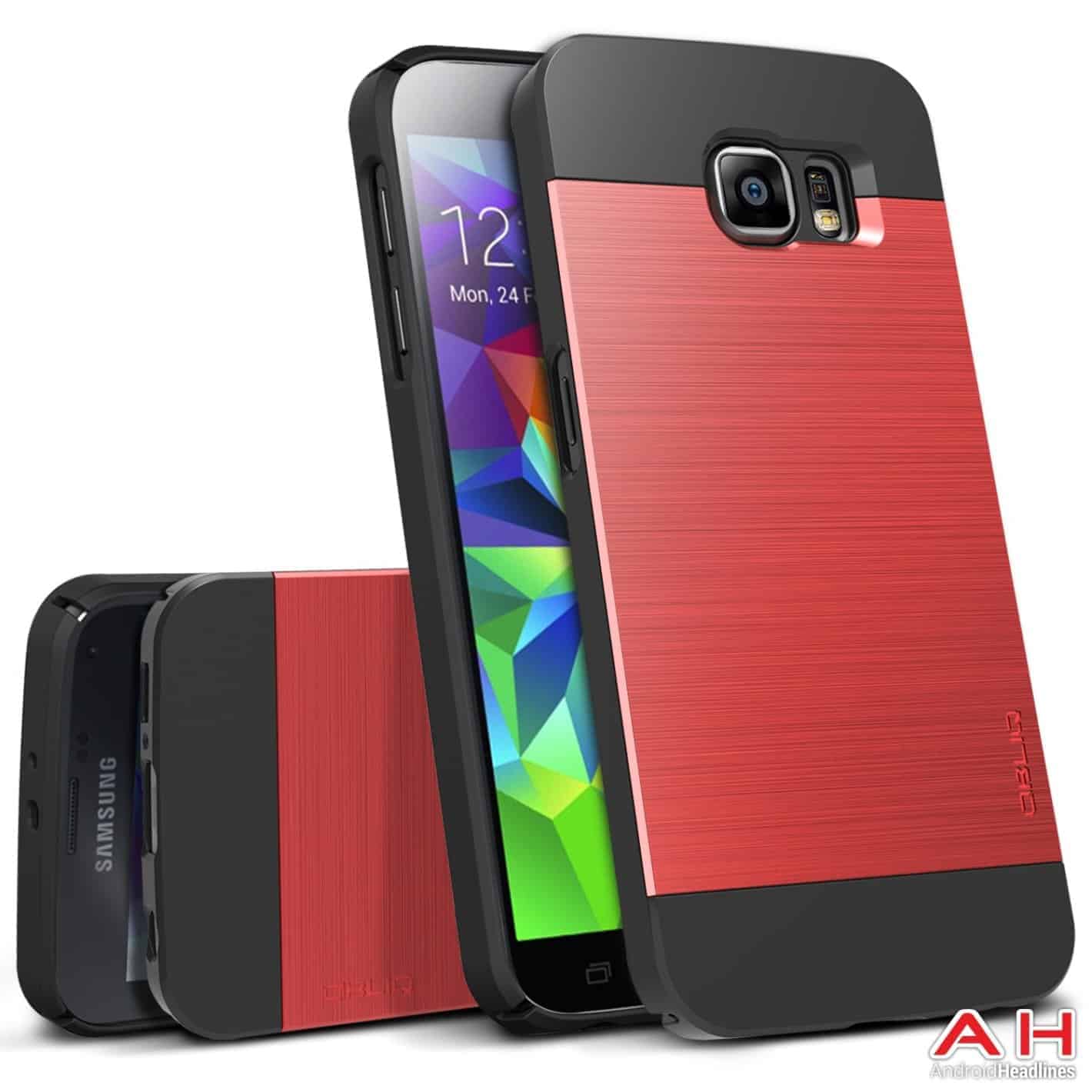 We don't know the official design of the Samsung Galaxy S6 just yet, but we have seen our fare share of leaked renders of what is believed to be the smartphone itself as well as some renders of the cases for the phone coming from various manufacturers, like these cases from this morning and a collection of leaked case renders from last week. If there's anything these renders do tell us, it's that we can put the rumor of a dual camera on the Galaxy S6 to rest, although many people may have already been skeptical of that feature from the beginning.

In these latest leaked renders which we received from a tipster that are of some cases from a company called Obliq, we can see once again that the Galaxy S6 looks to be coming with a single camera on the back accompanied by the LED flash and heart rate sensor next to it. The rear facing camera is slightly larger than we've seen from past Galaxy S devices and is rumored to be coming in at 20MP. In one of the images we can see the volume rocker on the left side of the device with the power button on the right, and one image describes the thinness of the Galaxy S6 with and without the case on. If this information proves true, than the Samsung Galaxy S6 will be 6.9mm thin, and 9.5mm thin with the Obliq case on. These cases are dual coated to give a functional yet stylish design to the handset, with the top of case being made of a non-slip SF coated material, and the remainder of the case being made of a tough poly-carbonate that looks like brushed metal while coming in multiple colors. Samsung is expected to show off the Galaxy S6 at their Unpacked 2015 event on March 1st, which takes place at the start of Mobile World Congress 2015.