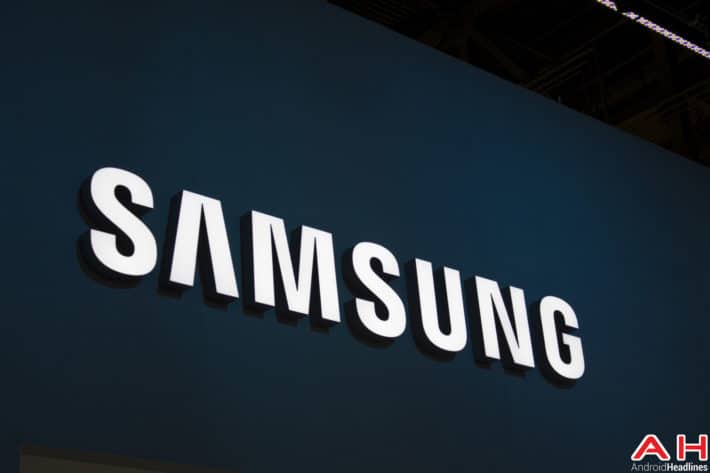 It seems as if Samsung hasn't done as good of a job this year of keeping the Galaxy S6 a secret as in previous years. Typically we don't really know anything about the Galaxy S heading into Unpacked. But this year we've seen all kinds of teasers, including the US carriers posting teasers and sign up pages. Now we have a Dutch carrier by the name of Tele2 that has a pre-order page up right now. Actually it was up, it's been taken down now, and if you head over to the source link that's listed below you'll get a nice 404 error.

But what we can find out from the screenshot that was taken before it was taken down is that you'll be able to get the Galaxy S6 from Tele2 for as low as 35 Euros per month. And it's going for free at 44 Euros per month, for the 32GB version. So it looks like Samsung might just be going 32GB and 64GB this time with the Galaxy S6. Which would be a welcome change for Samsung. As we've seen other manufacturers, mainly Google with the Nexus 6, drop the 16GB model and add the 64GB model. This Dutch carrier is listing the Galaxy S6 as having a quad-core 1.3GHz Cortex-A53 and a quad-core 1.9GHz Cortex-a57 processor. Which would mean the Exynos 7420 chipset is inside this particular model. Which wouldn't be a surprise since that is Samsung's own chip. The dimensions are said to be 143.3 x 70.8 x 6.9 mm. And weight in at about 165g. So it's pretty light, especially since it's supposed to have some metal in the build of the Galaxy S6.

Well we only have a few more days before the Galaxy S6 will be announced. Samsung will be taking the stage on Sunday, March 1st in Barcelona to announce the Galaxy S6 at their Unpacked event. We'll likely see more than just the Galaxy S6 though, but that will be the main focus. How many of you are excited for the Galaxy S6 to become official? Let us know in the comments down below. 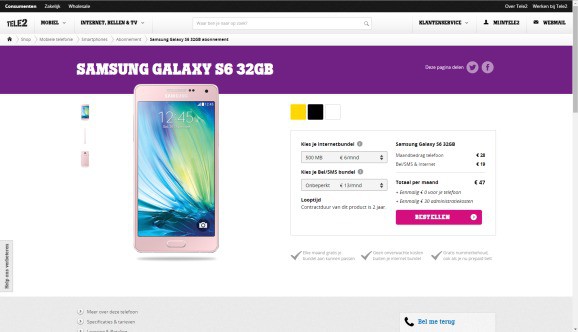