Skip to content
Trusted By Millions
Independent, Expert Android News You Can Trust, Since 2010
Publishing More Android Than Anyone Else
26
Today
114
This Week
757
This Month
6696
This Year
124218
All Time 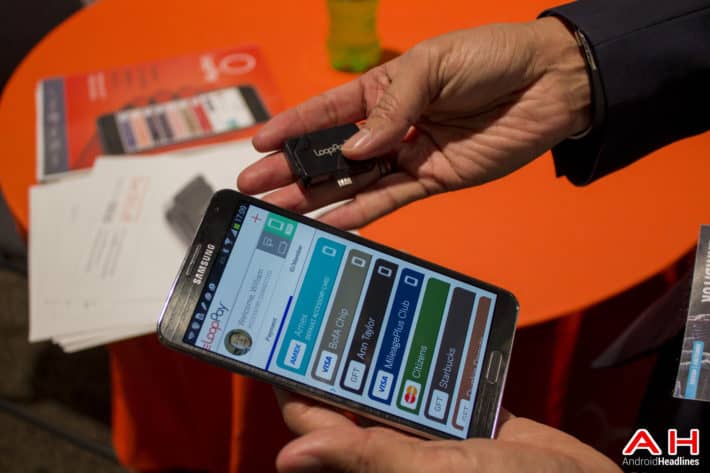 Samsung is buying LoopPay to take on Apple and Google, in the mobile payments arena. Specifically they want to challenge Apple’s easy-to-use Apple Pay service. Samsung announced the acquisition two days ago, after expressing interest in the company last year. There has been quite a mixed response from tech companies and developers alike. Developers took to Twitter to voice their concerns, and some of them basically wrote off Samsung’s decision to make this move. Other devs liked the announcement, and some voiced the same concerns over security that we have. One thing is for certain, this acquisition by Samsung is creating conversations and causing people on both sides to voice their opinions. You can see a few examples of the type of dissenting beliefs from twitter at the bottom of the article.

LoopPay is a payment service that uses Magnetic Secure Transmission. It’s a technology that allows your mobile device to send credit card information to a standard credit card machine that reads the magnetic strips on the back of regular credit or debit card. This means that LoopPay could be used at every retailer and with every business that already takes credit cards. The LoopPay service does not require merchants to upgrade their hardware. You just use the regular credit card machine that you have already been using. Instead of swiping your card, though, you would simply activate the LoopPay app and then touch your device to the credit card terminal.

This doesn’t mean that it is easier to use than Apple Pay, however. Current LoopPay offerings for iOS require the purchase of a case that has their hardware embedded in the back. To use the service with Android you have to carry a separate dongle that is not attached to your phone. Samsung is rumored to be building LoopPay into their next flagship, presumably the Galaxy S6. Samsung is going to be formally announcing the GS6 at MWC in Barcelona, Spain on March 1. Do you agree with any of these developers on Twitter? What do you think about LoopPay? Will Samsung be able to present this in a way that is easy for consumers to use? 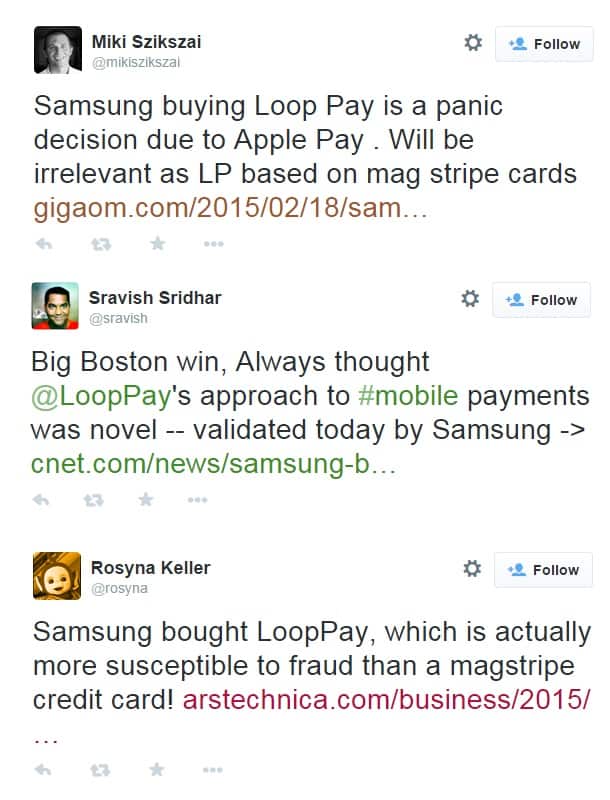