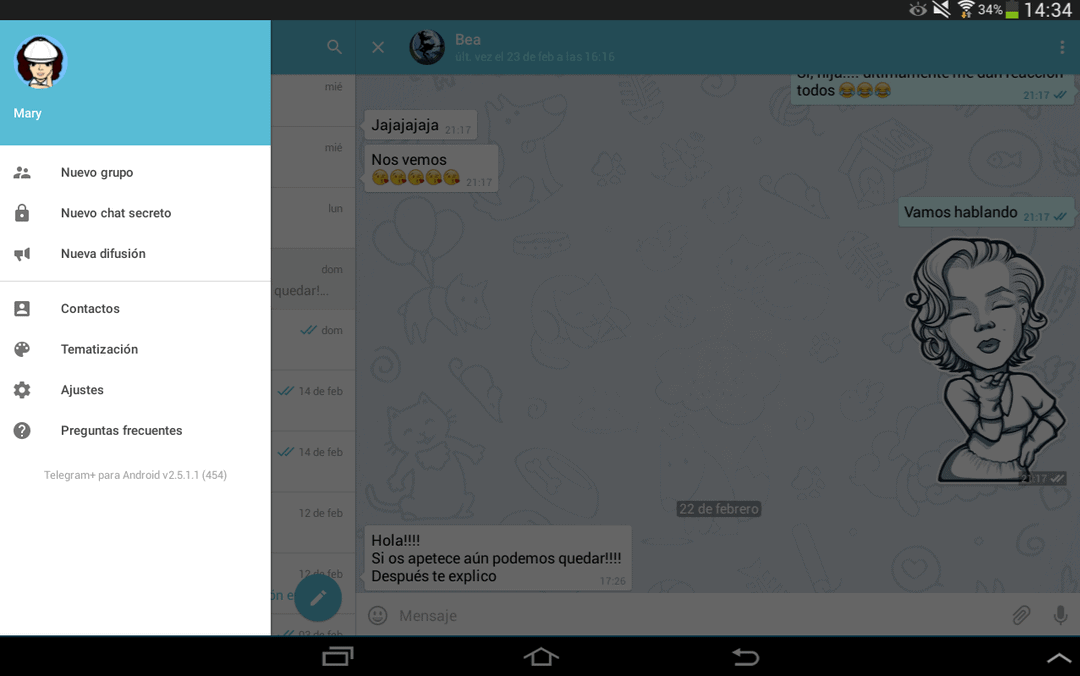 Many android users will have heard of WhatsApp+. Some readers will simply know the service as it is one they have used for some time. In short, it is a third party extension of WhatsApp, which allows the app to be customised in a number of ways. Not to mention it also offers users a number of features which you won't find in the normal WhatsApp app. So, some would argue, it is WhatsApp, but better. Then there are the readers who will of heard of WhatsApp+ as it hit the headlines mid-way back in January but for all the wrong reasons.

To briefly recap, WhatsApp had not taken too kindly to users using WhatsApp+ and decided to temporarily ban a number of users from using the main WhatsApp service and ergo the WhatsApp+ service (as it technically uses their servers). This was then followed by the developer receiving a cease and desist order from WhatsApp, forcing the closure of the service. Well, a month on and it looks like the developer has now turned their sights on Telegram.

For those of you that don't know, the official Telegram app is another messenger app which places a big emphasis on speed and security. As such you can expect a service which prides itself on keeping your data safe. Well, the new and aptly dubbed Telegram+ works in much the same way as did WhatsApp+, again acting as a third party extension app. With the new + version, the developer notes there are (once again) a greater degree of customisation available. Not to mention, there are also a few extra features bundled in too. Like the ability to share music faster, the ability to hide your mobile number and the ability to hide screenshot advice in secret chat. If you have yet to use the normal Telegram service, then it is worth noting that it is free and unlike WhatsApp, does not require a subscription service after your trial period. Not to mention there are no ads either, with the developers not expected to be planning on introducing any. If you are missing your WhatsApp+ service then you might want to give this one a go and if you do then click the source link below.