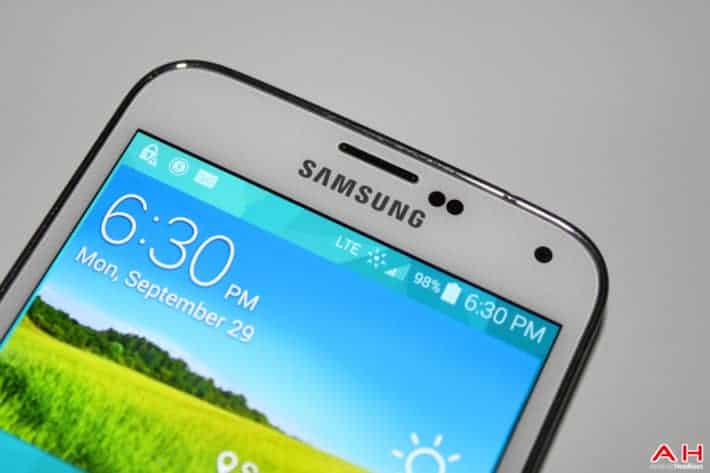 It's that time of year again, as the runup to the launch of Samsung's latest and greatest starts to wind its way to a close and we get ever closer to seeing just what Samsung have been working on. This year, we're hearing that Samsung is to launch a Galaxy S6 as well a Galaxy S6 Edge version of the device with flexible OLED displays used at both sides of the device. We recently reported that Samsung has indeed now filed for trademarks for both the Galaxy S6 and the Galaxy S6 Edge. Now, SamMobile apparently has some more concrete details on both devices set to launch in the next few weeks now.

According to new information passed to SamMobile, the Galaxy S6 Edge will indeed have an edge at each side of the display, but they'll be between 30 and 50% less of a curve than the one used on the Galaxy Note Edge. This is apparently due to the size of the device and the volume buttons needing to be taken care of, these curves will be the same as each other, though. Another interesting piece of information is that the GalaxyS6's overall design will be a bit of change, in that the front and back panel of the device will be the same color as each other, and that Samsung will be offering four different color schemes when it launches.

These are just little tidbits of information, but it looks like everything is set in stone and Samsung is ready to unleash their latest and greatest in the next few weeks during MWC 2015 in Barcelona. Whether or not Samsung pushes the Galaxy S6 Edge harder than they pushed the Galaxy Note Edge remains to be seen, but considering the Galaxy S line is their flagship line they want everyone to purchase, we can imagine Samsung trying a little bit harder with the marketing of this version.