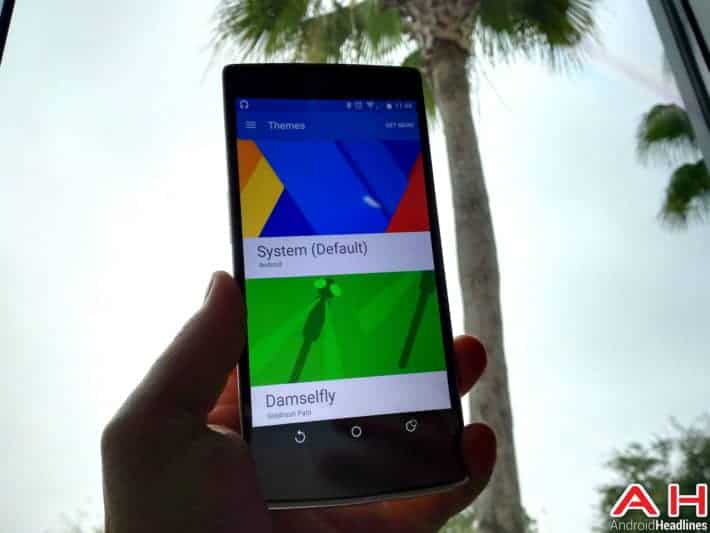 With the launch of the OnePlus One and CyanogenMod 11S last year, Cyanogen, Inc. included a Theme Showcase app that does exactly what it sounds like.  Up to this point the Theme Showcase has only supported free apps, and while that's still the case Cyanogen, Inc. has decided to include a paid section in a future update.  As a lead up to this update and as a way to support the developers that make CyanogenMod themes so popular Cyanogen, Inc. is hosting a competition to showcase the most amazing CM12 themes out there.  Given that the full theme engine has been included in CM12 nightlies since mid January it only makes sense for Cyanogen, Inc. to get the CM12 theme world kickstarted with a theme contest as they did with CM11 last year.

Contest rules are similar this time around with the exception that themes must support the new CM12 theme engine instead of the old CM11 one, and since CM12 is Android 5.0 Lollipop based we're looking at some very different looking themes this time around.  The official start date for the contest was about a week ago, February 16th, and runs through March 8th, giving developers just under 2 weeks now to submit their creations to the contest.  Winners will be chosen from a variety of categories including 2 winners for best complete theme, 3 winners for best India-inspired theme, 5 winners for best individual theme component and $25 Google Play gift cards for the first 10 developers who convert their CM11 themes to the CM12 theme engine.

Winners of the best complete theme category will receive either a Nexus 5 or a VIP ticket to the upcoming Big Android BBQ 2015 event.  India-inspired theme winners will receive one Yureka device, which is the first device Micromax and Cyanogen have produced for their newly formed partnership in India.  Lastly the individual theme component winners will all receive one Quadcopter Drone for their efforts, a fantastic prize to be sure.  For specific details on what's required to enter the theme and of course how to enter check out the official site below.  Winners will be announced Thursday March 12th and will be featured in the Theme Showcase app.