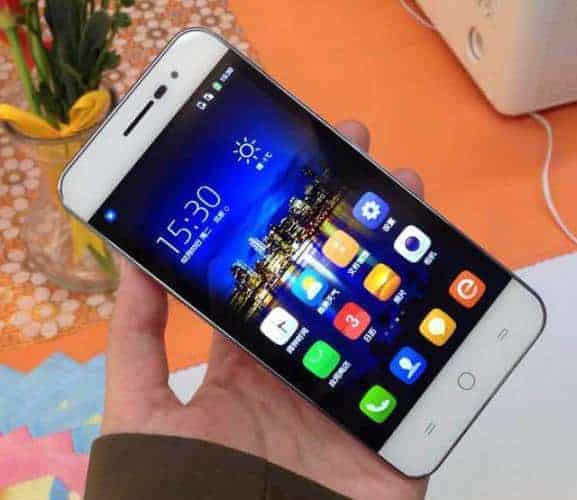 Coolpad, a Chinese smartphone maker, has revealed its latest smartphone. The Coolpad IVVI K1 Mini reportedly the thinnest smartphone in the world. The phone comes in at a thin 4.7mm, slightly under the OPPO R5 and the Vivo X5Max. This device is set to compete in the low to mid-range markets in China.

The Coolpad IVVI K1 Mini has the standard hardware under is 4.7-inch screen that you would expect from a mid to low-end device. It is powered by a Snapdragon 410 quad-core processor at 64-bit with 1GB of RAM. Storage comes in at 8GB but can be expanded up to 32GB. The front camera comes in at 5-megapixels while the rear comes in at 8-megapixels. According to Coolpad, the phone will have advanced camera software that has a "super pixel" feature that will enable 32-megapixel output images. It also contains around 100 levels of adjustment that is geared towards those persons who like to take beauty shots.

The Coolpad IVVI K1 Mini also comes with a small 1800mAh battery. While that might seem a bit on the small size, it is important to remember that at just 4.7mm thin, there isn't a whole lot of real estate inside the phone for a large battery. The phone is also reported to be 4G LTE capable. The phone also has an IR blaster to use a remote that will be capable of controlling various televisions, appliances, and other things such as air conditioners. This is done via the intelligent remote control that is baked into the phone.

As far as the outside goes, the Coolpad IVVI K1 Mini will have that is called a "Baby Skin" texture on the back cover. This "Baby Skin" will keep the fingerprints at bay. The company has also said that there will be a plethora of color options for the phone in the near future that will satiate most people's taste. Currently, the only color option is white when the phone goes on sale.

At around 1299 Yuan or about $200.00, the Coolpad IVVI K1 Mini is on the higher end of the spectrum in terms of price with most mid-range phones, though that price will most likely come down after initial sales cool off. For now the Coolpad IVVI K1 Mini will hold the crown of the thinnest phone in the world. That title will probably not last long as several manufacturers have thin profile phones in the works. But for now, Coolpad can enjoy the title, and the marketing boost that the title, "Worlds thinnest phone," has to offer.