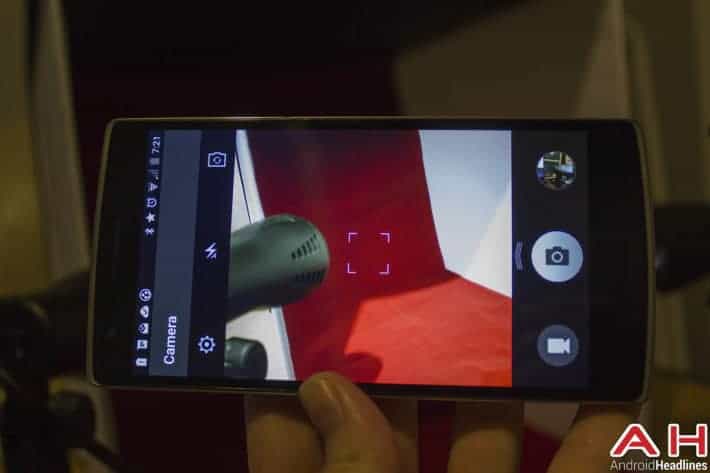 Smartphone camera enthusiasts know that taking the best pictures isn't always about the hardware you carry around with you, but that hardware can have a huge impact on the overall quality of the final picture.  You could land the shot perfectly, get the right angles, the right lighting and everything else, but if your smartphone keeps that shutter open for too long or adds a nasty super-powerful denoise filter you might end up with smudgy pictures in the end.  To this extent the OnePlus One has been something of a dream for photo enthusiasts as developers have constantly added new functionality to support the fantastic camera that comes packed inside of the device.

Just a few weeks ago we told you about a modded version of the CameraNext app that's included with the CyanogenMod version of the OnePlus One that gives additional settings like 64-second shutter and more overall control of your picture quality.  Now amazing developer BOOTMGR over at XDA-Developers has done what was previously thought to be impossible: ported the camera from the ColorOS version of the OnePlus One over to the CyanogenMod version.  You don't even need root to try this either!  When able to use both devices many people preferred not just the interface of the ColorOS app but also the overall picture quality, citing better color and white balance, sharper focusing and more.  One of the biggest features of the ColorOS camera is often forgotten by all who don't use it; the ability to shoot 50 megapixel pictures.  No that's not a typo, the camera app actually takes 10 shots instantly and stitches them together to deliver a full 50 megapixel resolution picture.

There's some caveats to the app right now though, as it's in an alpha/beta state and is still being heavily developed.  First off head on over to the XDA-Developers source link below and grab the files needed.  You'll need the camera app itself of course, and choose 5 of your favorite plugins to go along with that camera.  Do not install more than 5 plugins as the camera app will have a black screen or stop working altogether.  You're also going to either need to turn off that on-screen navigation bar if you've got it enabled, or enable full-screen mode for the app if you can do that in the ROM you're using.  Making any of these mistakes will result in a black screen in the camera app.  Let us know what your favorite filters are and show us how those 50mp shots come out!