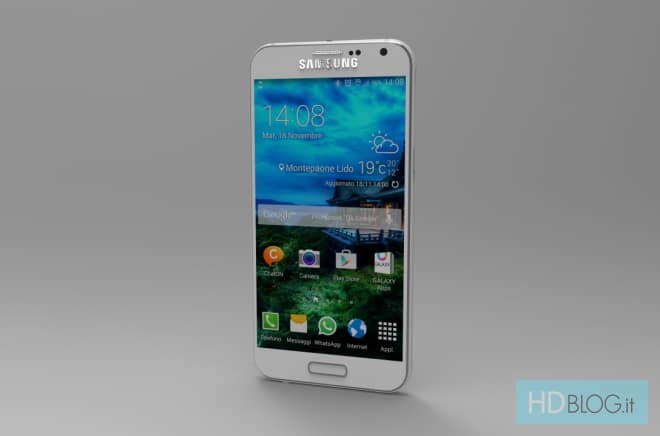 If you love speculation and rumors then you must have enjoyed the past couple of weeks and months. Leading Up to CES, we heard a whole bunch of speculation about devices that were to be released and what they would offer. Some were true and others did not pan out. For those that did not come to fruition, the moment CES stopped the MWC rumors began. As each day now passes we edge closer to MWC and again confirmation of either the rumors were correct or that they were not. Two of the biggest devices in the rumor mill at the moment are the Samsung Galaxy S6 and the HTC One M9. Both have been linked with MWC and both are supposed to 'break the mold' in one way or another.

With great specs comes great expectation, and with such expectations, everyone wants to know what these devices will look like. Welcome to the world of renders. While some renders which are based on the actual up-to-date rumored specs can be quite useful in giving a fairly decent guestimation of a device, others can simply be ridiculous. Last night we got to see one of the fairly decent speculative renders of the HTC One M9. The render did include a great detail of the reported specs and seemed to portray (to a good enough degree) what the HTC One M9 will probably look like. Well, now it is the time of the Samsung Galaxy S6 and once again, this is not a bad effort.

The Samsung Galaxy S6 has been reported in a number of different ways and this has been due to Samsung's claims that this device will be built from the ground up. As such, much of the speculation has been around the device being different from the rest of the S range. However, different can only be so different. In reality, a lot of the specs we have heard and seen do allude to a typical Samsung design. As you can see from the images, the Galaxy S6 comes with a more edge to edge glass display then previous S range models. The renders also try to make use of the reported glass/metal body which the S6 is supposed to employ this round. By the way, there was another rumored leak of the S6's metal frame only this morning. Interestingly, the back of the device is rather bare and this is noted by HDBlog (who came up with the renders), as the information known about the back is limited. We have mostly only seen case leaks of the S6 and with such things you never do get to see the reverse of the device. That said, in line with previous leaks, the renders show the Samsung flash/fingerprints cancer being moved to the right of the camera instead of below and the speakers residing on the bottom edge of the device.

Of course, these are just renders and as such nothing is confirmed or likely to be unless some massive leak comes down the wire. That said, it is interesting to see how these devices might look when you factor all the known information and leaks. So what do you think? Do you like the look of the S6 in these images? Bit too iPhone? Based on this render and last nights one, what would you go for? S6 or M9? Let us know.