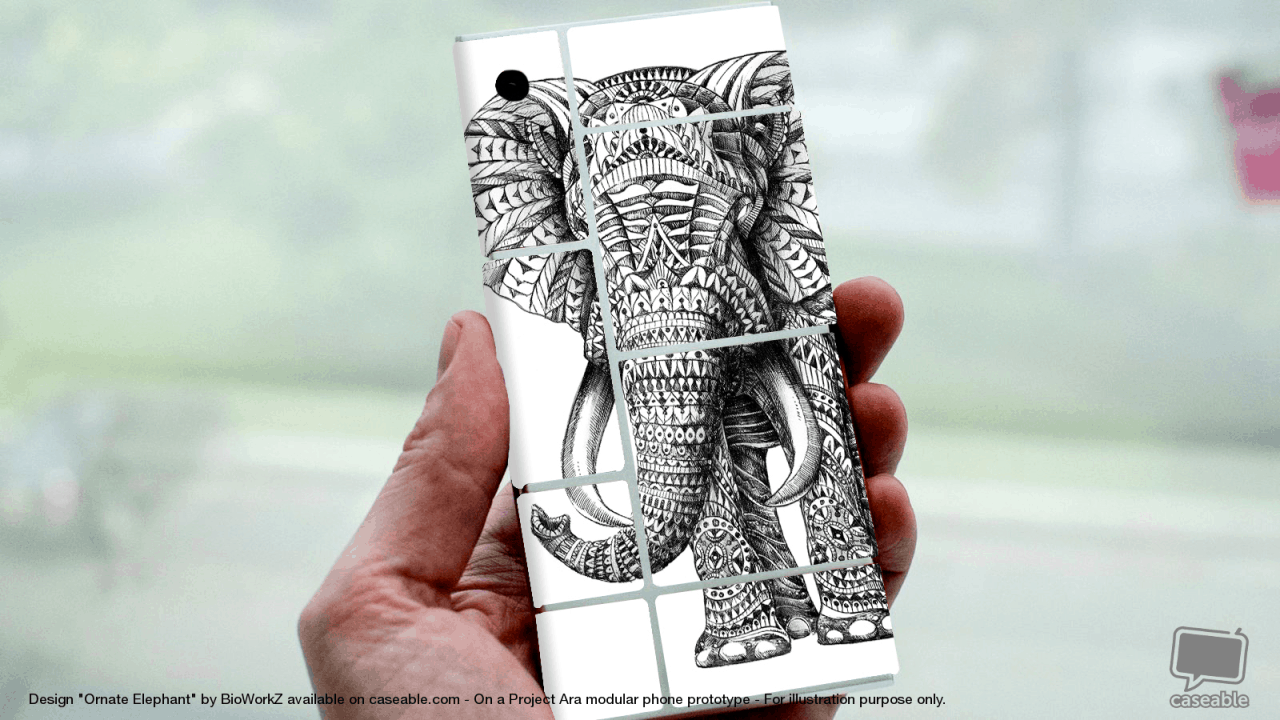 Project ARA is undoubtedly the most exciting thing that is being developed in conjunction with Google, in the space of mobile technology. Recently, we took a look a look at what progress the project has made and where the team is heading with the concept. Linaro, a non-profit organization showed off its progress using modular phone blocks. One important thing to note is that there is a lot of work to be done yet, the project is due its commercial release by the end of this year.

Those are still things that need to be tweaked on the inside, on the outside however, the phone needs to look more than just a jigsaw puzzle put together. Working on that very front, Caseable has announced its partnership with the project ARA. According to Caseable's Bastien Allibert, they realised a common goal when the first came across PhoneBloks's vision. "We realized we were the company people were going to right after they bought a brand new tablet or smartphone, to protect it with a slick personal case. We were actually in the best place possible to educate our customers about electronic waste and planned obsolescence." says Bastien. The three major issues both the companies aim to address together are :  customization, looking cool & e-waste reduction. A unique approach to customizing the PhoneBloks modules would be by providing prints that users would chose to have. This doesn't end there, the announcement also states that Caseable would be using a material that is generated as non-degradable waste everyday which is PET from plastic bottles.

The company says that it is not really sure how exactly things would proceed to get the execution done but he sees a future where individual modules will have the ability to being delivered in the customized format. Very clearly the format would be : You get the picture, we shall get it printed on your PhoneBlok. This is defintiely a step in the right direction, if Project ARA were to truly disrupt the mechanics of the current phone industry, then that would only be possibly with more meaningful partnerships. What do you guys have to say about this, what meaning or value would Project ARA add to your lives? Or is just another cool looking phone experiment?