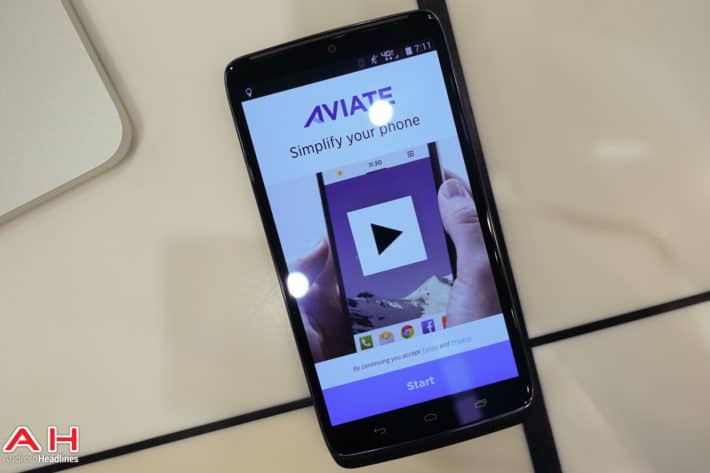 Aviate is one of our favorite launchers, there's no doubt about that. We even interviewed one of the master minds behind Aviate, Will Choi, recently. We also interviewed Stephane from Yahoo Weather who is in charge of all of their mobile apps.

Today, Aviate announced an update to their launcher which brings support for Yahoo! search to your home screen. Which ironically is powered by Bing. I haven't had a chance to play with it yet, but there's no word on if you can switch back to Google or another search engine just yet, but there's nothing jumping out at me in the settings. According to Yahoo's short blog post about the Aviate update:

"Search on Aviate is available in over 70 markets where Yahoo Search is available. Users on Android 4.0+ will see a Search box appear on their Aviate homescreens when their devices update to the latest version of Aviate."

As always with an update, Aviate brings in some bug fixes and performance improvements. Which is something we always see in app updates these days, and are greatly appreciated. You can download the update now in the Google Play Store (if it's not there yet, give it a bit of time, sometimes it takes time for updates to appear in the Play Store as it has to hit all of their servers).

Back in January 2014, Aviate was purchased by Yahoo for about $80 million, which was a nice sum for this app, that was developed by a few ex-Googlers. Which is why the app has a major Google Now look to it, as well as some Google Now features. Since then, Yahoo hasn't done much with Aviate, they haven't put in their own services and apps into Aviate, but that's starting to change with today's update. As we can see, Yahoo Search has been added, and I'm sure we'll see Yahoo Weather and some other apps get into the fold in the near future as well.