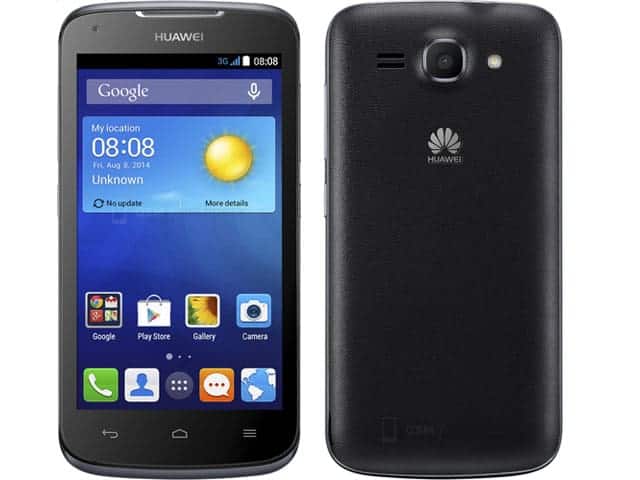 Huawei has released a lot of compelling devices last year, and the company actually did great as far as smartphone sales go in 2014. They have released a number of mid-high end devices which are really popular in China and outside of Asia. The Ascend Mate 7, Ascend P8 and Honor 6 Plus were particularly popular and talked about last year. This China-based smartphone OEM intends to expand even further this year, and no doubt we'll see them release plenty of devices.

Mid and high-end devices are not Huawei's only point of interest though, this company also releases low-end smartphones, logically. One such device is now available for purchase without the proper announcement actually, the Huawei Ascend Y540. This is an entry-level handset and it's now available in Europe (Netherlands only at the moment though) for about â‚¬100 ($113), and it's a direct successor to the Ascend Y530 which was launched last year. This device is made out of plastic, of course, and it has a somewhat respectable spec sheet, having the price in mind, of course. The Ascend Y540 features a 4.5-inch 854 x 480 display, 1GB of RAM and is powered by Qualcomm's Snapdragon 200 dual-core processor clocked at 1.3GHz. 5-megapixel camera can be found at the back of this handset, and a 0.3-megapixel shooter is available up front for your video call and selfie needs. You get 4GB of internal storage on this device, though a microSD card slot is available and you can expand that up to 32GB. The Ascend Y540 support dual-band 3G connectivity, no 4G LTE here, though that was to be expected considering the price. 1,950mAh battery is also a part of the package here, and Android KitKat comes pre-installed on this device with Huawei's skin on top of it.

This handset has the same resolution display as its predecessor, but its processor sports a higher clock rate and the device comes with double the RAM this time around. If you're in a market for an entry-level Android device and you don't want to spend too much money, this might be something you'd want to consider, although there are a lot of options out there.