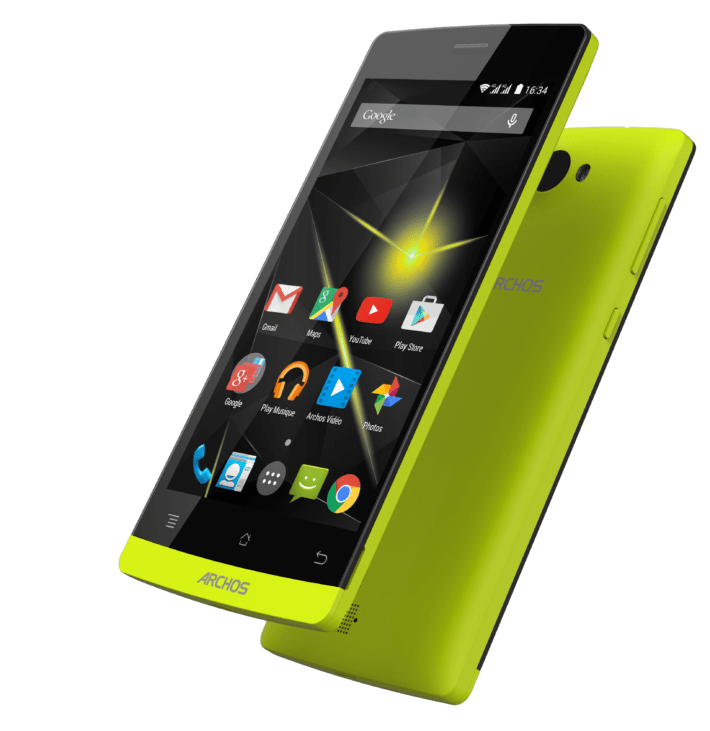 French device manufacturer Archos have been working with Android for a number of years now, building a wide range of tablets and smartphones, biased towards the lower end of the market. Their roots are in the personal entertainment sector where they have many years of experience working with different video formats for on-the-go entertainment. Archos have today announced that their latest flagship device, the Archos 50 Diamond, is now available after a January introduction. The 50 Diamond has a respectable set of specifications: it's based around a 64-bit Qualcomm Snapdragon 615 processor, which is a big.LITTLE design pairing up a highly efficient quad-core processor with a powerful quad-core processor to give users the best of both worlds.

The Archos 50 Diamond has 2 GB of RAM and there's 16 GB of on-board storage, which may be boosted by a MicroSD card (the 50 Diamond supports up to 128 GB cards, too). The screen is 5.0-inch, 1080p panel with a density of 440 pixels per inch. There's a 16MP camera including BSI (back side illumination) for improved low light performance, joined by an 8MP front camera for selfies and video calling. As with many Archos smartphones, this is a dual-SIM unit and it includes Category 4 LTE, so it can download at speeds of up to 150 Mbps, subject to a supporting network. Finally, rounding off the core specification is a 2,700 mAh battery, NFC and FM Radio.

The handset itself is slightly larger and heavier than the LG Google Nexus 5 by a small number of millimeters and grams respectively and runs a stock version of Android 4.4 Kit Kat, which when combined with a new generation 64-bit processor and plenty of RAM should mean the 50 Diamond is smooth and responsive. The only additional application installed on the 50 Diamond is the Archos premium and device-optimized Video application (which benefits from fifteen years of codec, format and mobile media knowledge within Archos). It's available from the Archos webstore at a cost of just £169.99 in the United Kingdom or â‚¬199.99 across Europe.

What do you think of the Archos 50 Diamond? If you are in the market for a mid-range device, would you be tempted by this handset? Let us know in the comments below.