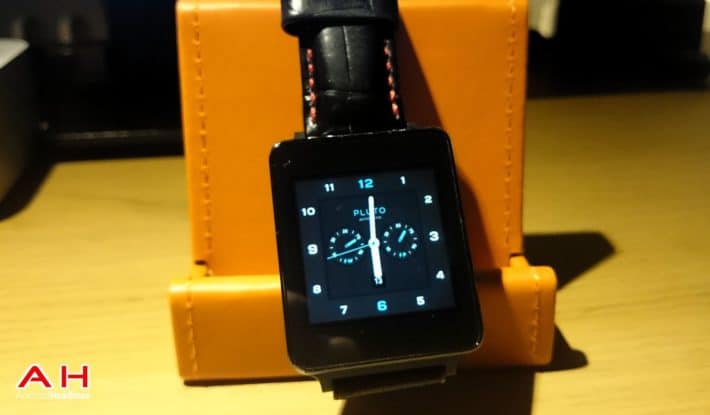 Over the last few weeks, I've noticed that developers are starting to use Android Wear in new and exciting apps and watch faces. Maybe the update to Android 5.0 Lollipop has a lot to do with it, and where watch faces are concerned there's now a bigger and better choice than ever before. I've been using Android Wear since it first launched – just like many of you – and I remember when it was a big deal when a new watch face hit the Play Store. Now though, you could say that there's too much choice. Or at least, there's too much choice if you don't know where to look and what you're happy with. For this week's Android Wear feature, I've put together a trio of fresh new watch faces that show off the sort of great design we can put on our wrists now. If you have any watch face suggestions, shout out in the comments below, and over on Google+! 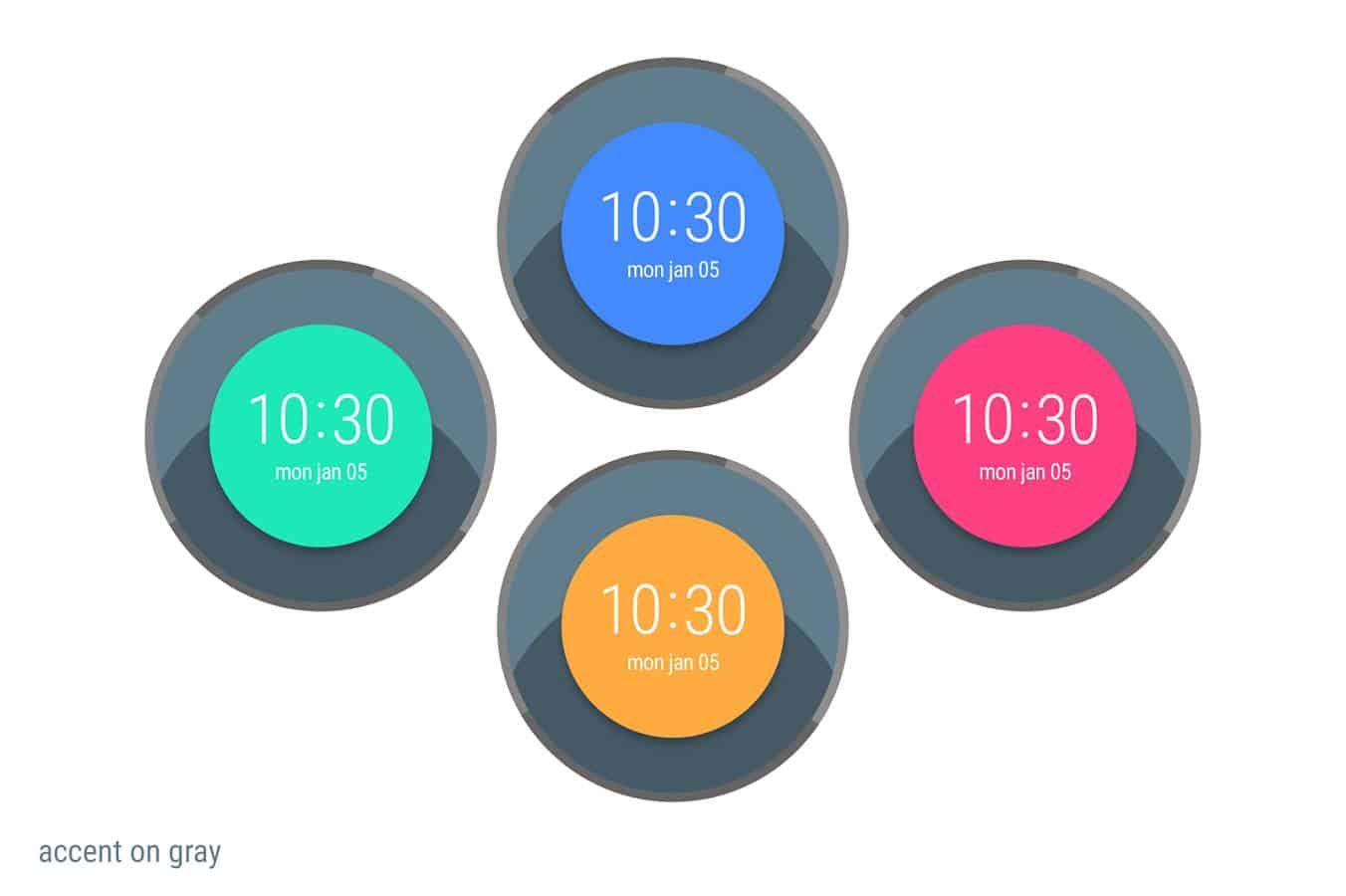 So, you've just gotten the update to Android 5.0 Lollipop on your Galaxy S5, LG G3 or perhaps you've had it for a long time and you're just really into Material Design. Either way, Bold Watch Face is an excellent, simple watch face to put Material Design on your watch. Bold Watch Face is built with Material Design fans in mind and its color palette of Azure, Indigo, Pink, Orange, Teal and Perl says as much. It's a digital face (with support for 12 and 24 hours) and there's a companion app to customize the colors and such from your phone. A great choice for Material Design fans and Nexus owners, this is a colorful watch face for sure. 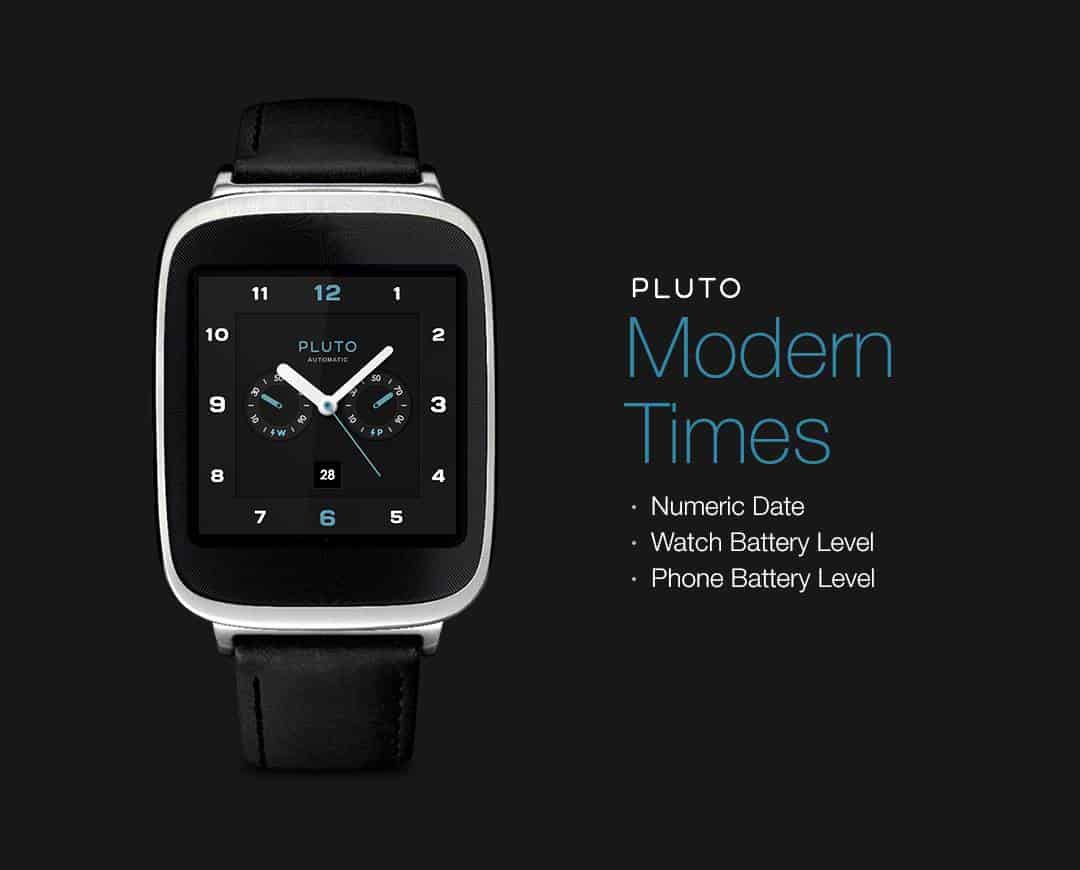 Modern Times is a watch face for those that prefer analogue watch designs, but also want something modern and elegant. This isn't perhaps what you'd call "classic", but it definitely looks more traditional on either square or round watches. There's little to customize here, but there are dials on the face for both your watch's battery level as well as your phone's battery level, both of which are worked in nicely. While not great for battery life, this has a really nice ambient display as well, so if you want a little color and detail on your watch even when asleep, this is a good option. 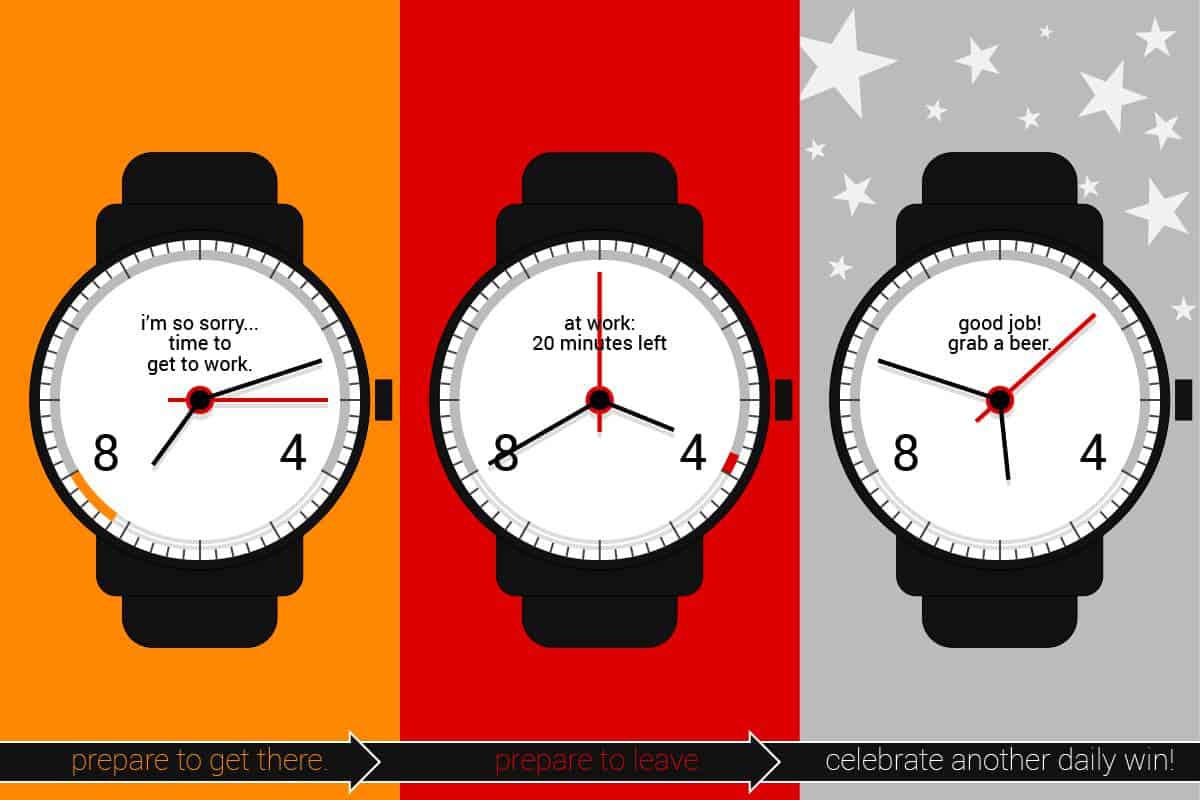 This is something I've been using for the last few days and I'm really happy with it. It's a fun little watch face that tells you how much longer you have before you get to work, how much longer you have while at work and then a fun little message every day you finish work. It's an analogue-type of watch face, but you can configure it to show a digital clock in the center, but unfortunately there's no 24 hour support just yet. If you live for the weekend, or need a little more encouragement to realize that clocking-off time isn't that far away, this is a good bit of fun.