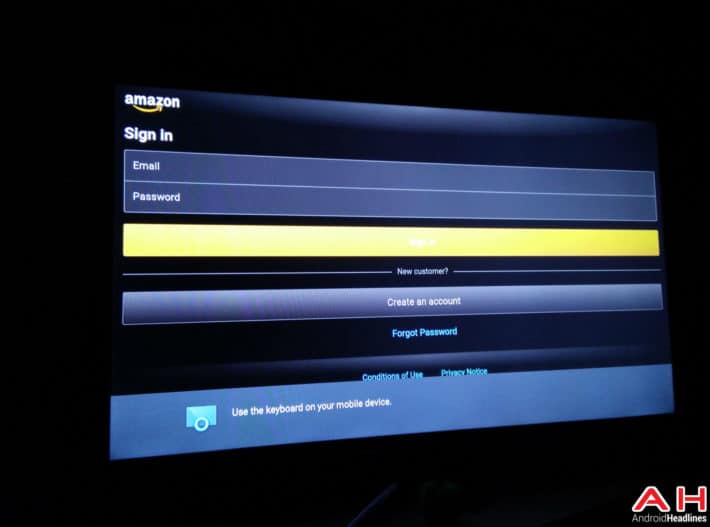 Last week we showed you how to sideload any app onto your Nexus Player. Now, the method does work for any app but that does not mean all apps will work fine. The process from last week, simply shows you how to physically put the app on to your Nexus Player. Depending on the app, some will still not work and for a multitude of reasons. For instance, if the app is completely touch screen based then unless you have a touch screen TV, you will not be able to control the game/app. Not to mention, if an app is designed for a portrait orientation (Temple Run is a good example), then you will not be able to adjust the orientation to horizontal to work on a TV.

Another reason why an app might not work on your Nexus Player is that it was not purchased from Google Play. This is common with Amazon Appstore purchased apps, in particular. If you have purchased an app from the Amazon store and sideload it onto your Nexus Player then it will not work due to the inability to verify your purchase through Amazon. If you do try then you are likely to end up seeing a screen like this. 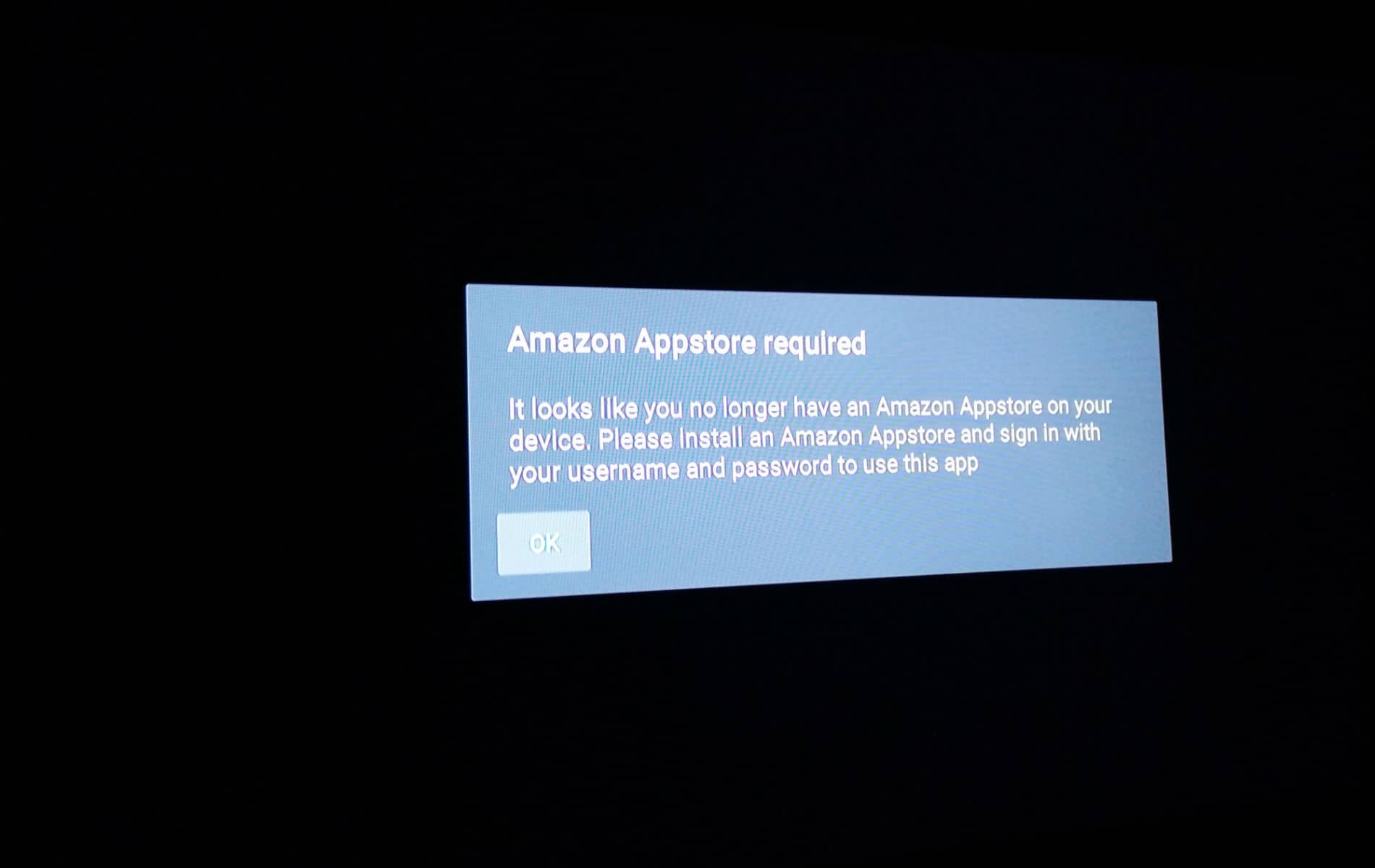 That said, there is a very simple and quick fix to this solution. Amazon apps need Amazon to authenticate you have made the purchase. Google's Play Store will not authenticate apps you have purchased through Amazon. So to get them working, the quickest and easiest way is to sideload the Amazon Appstore. This in itself, is not that difficult. Just sideload the Amazon Appstore like we showed you how to sideload an app previously. If you missed that tutorial then click here to read the full article and use Amazon Appstore instead of Crazy Taxi. Moving on, once the Amazon Appstore is installed on your system and as this is not a legitimate Android TV app, you will need to scroll down to settings, and then across to 'Apps'. 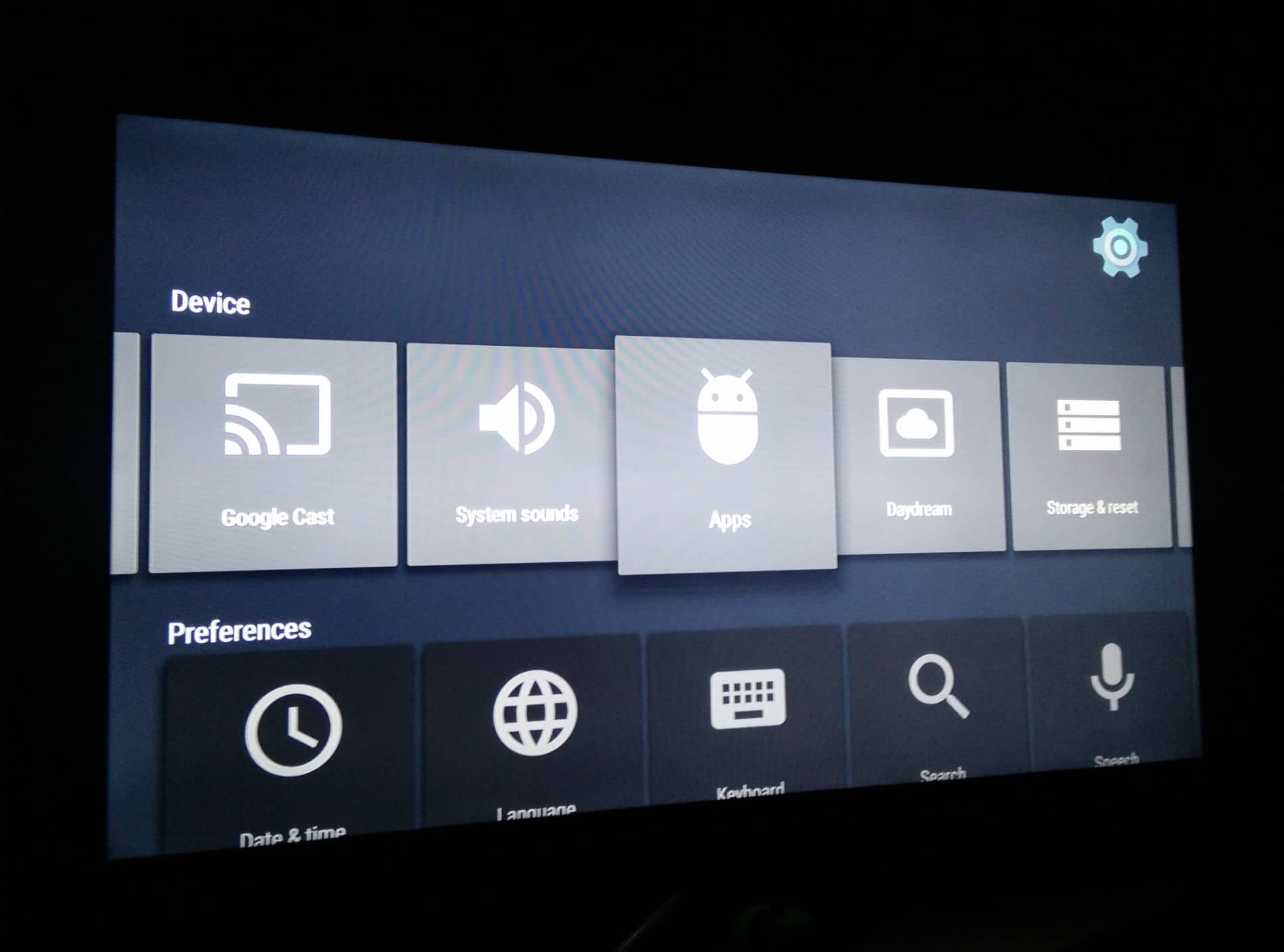 Then find the Amazon Appstore. 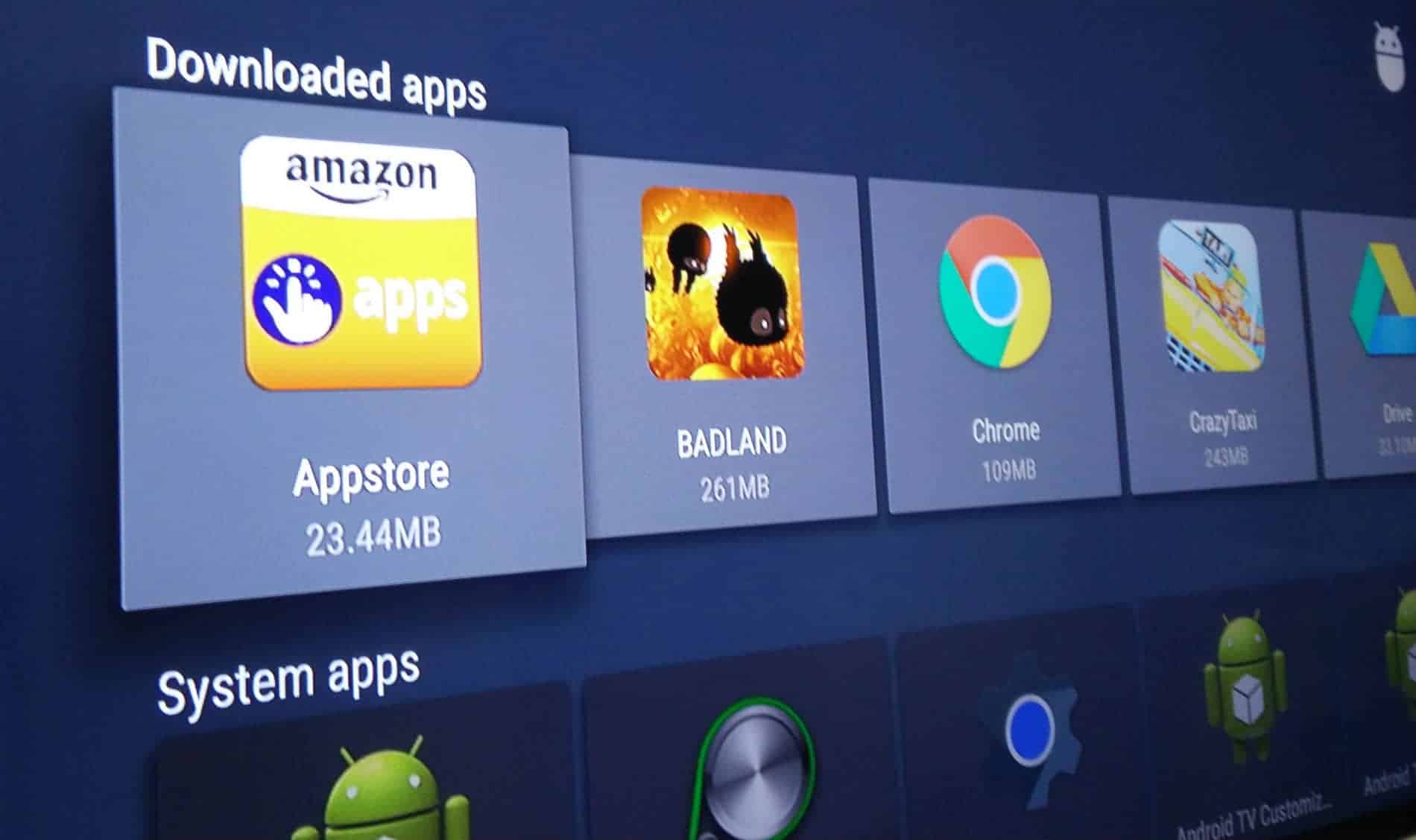 Once you open the app, you will be greeted with a familiar Amazon Login page. 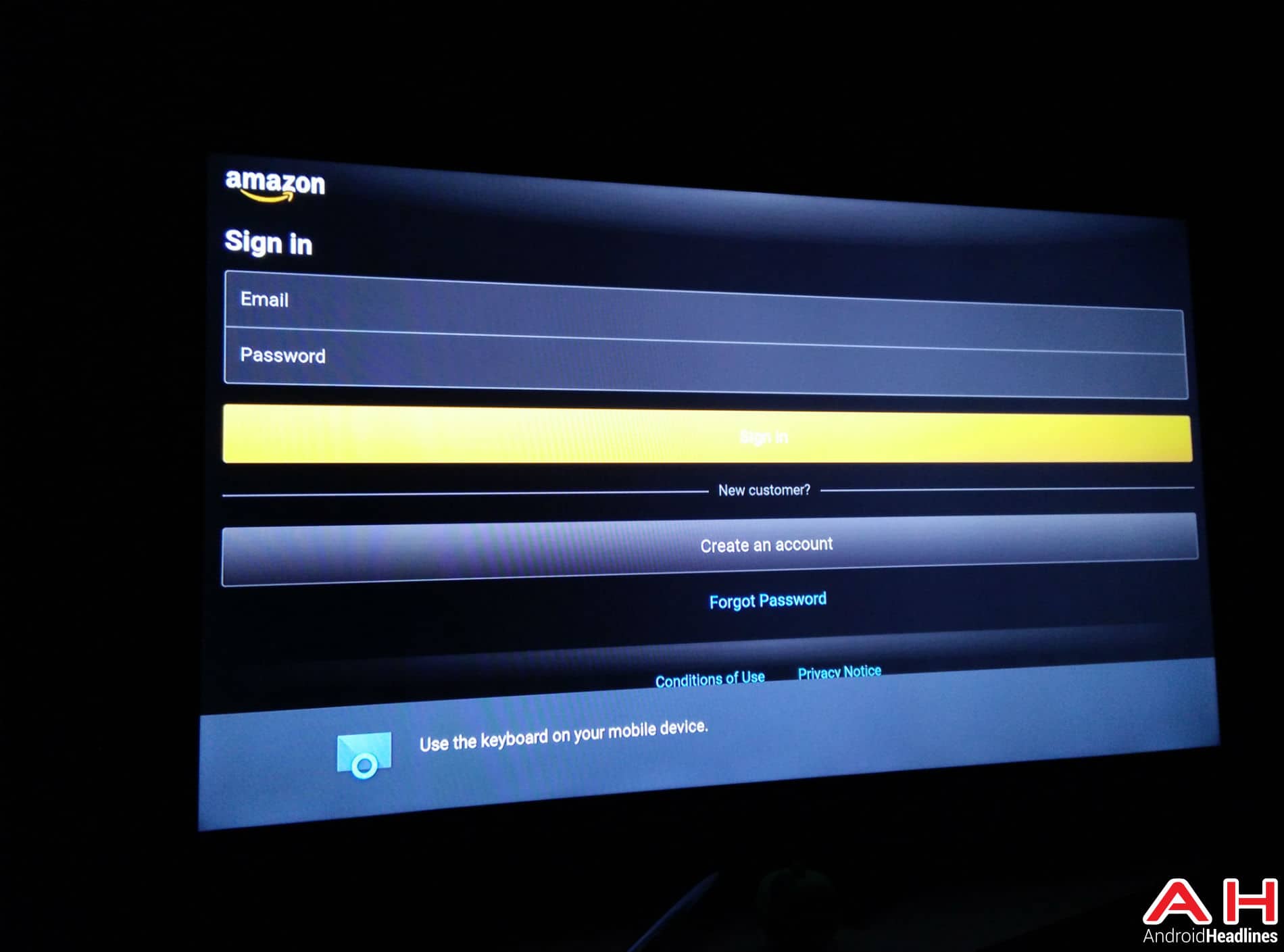 However, this is where you will encounter a major hurdle. You need to login, but the App is not customized for Andorid TV and as such you will not be able to use the Nexus Player Remote control to enter your login details. But don't worry. All you need to do is download the Android TV Remote Control for you smartphone. This app will allow turn your android smartphone into a remote control.

More importantly, it will allow give you the option to use the smartphone keyboard. 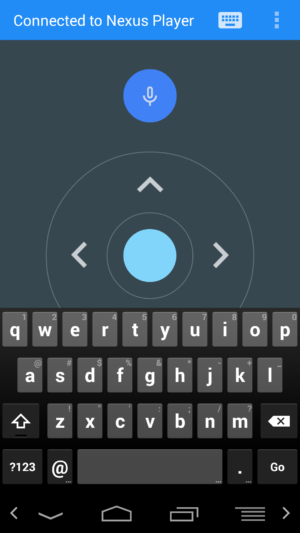 Scroll down to the login boxes, enter your login information and then click connect. 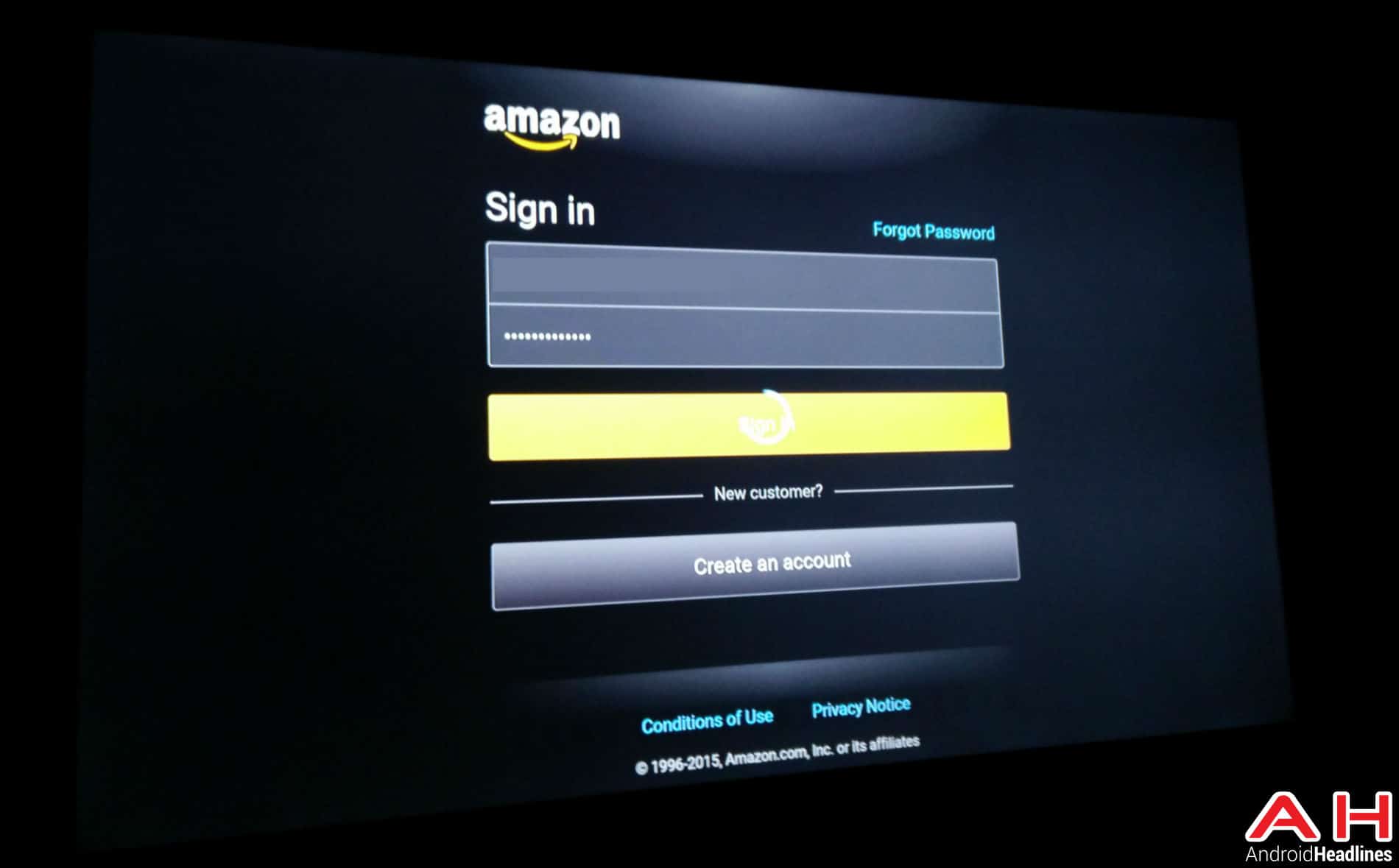 After a short loading period, you will see the Amazon Appstore main screen load up. Now, you can use the Amazon App on your Android TV, but it is not really worth it. Pages load slow and it is more work than you need. However, by installing the Appstore on your Nexus Player and just letting it sit there in the background, allows any Amazon apps you purchase to retrieve your authentication details. So, ignore the app and sideload any Amazon Appstore apps like we did last week. From now on, the apps will open without issue and without encountering any ownership problems. 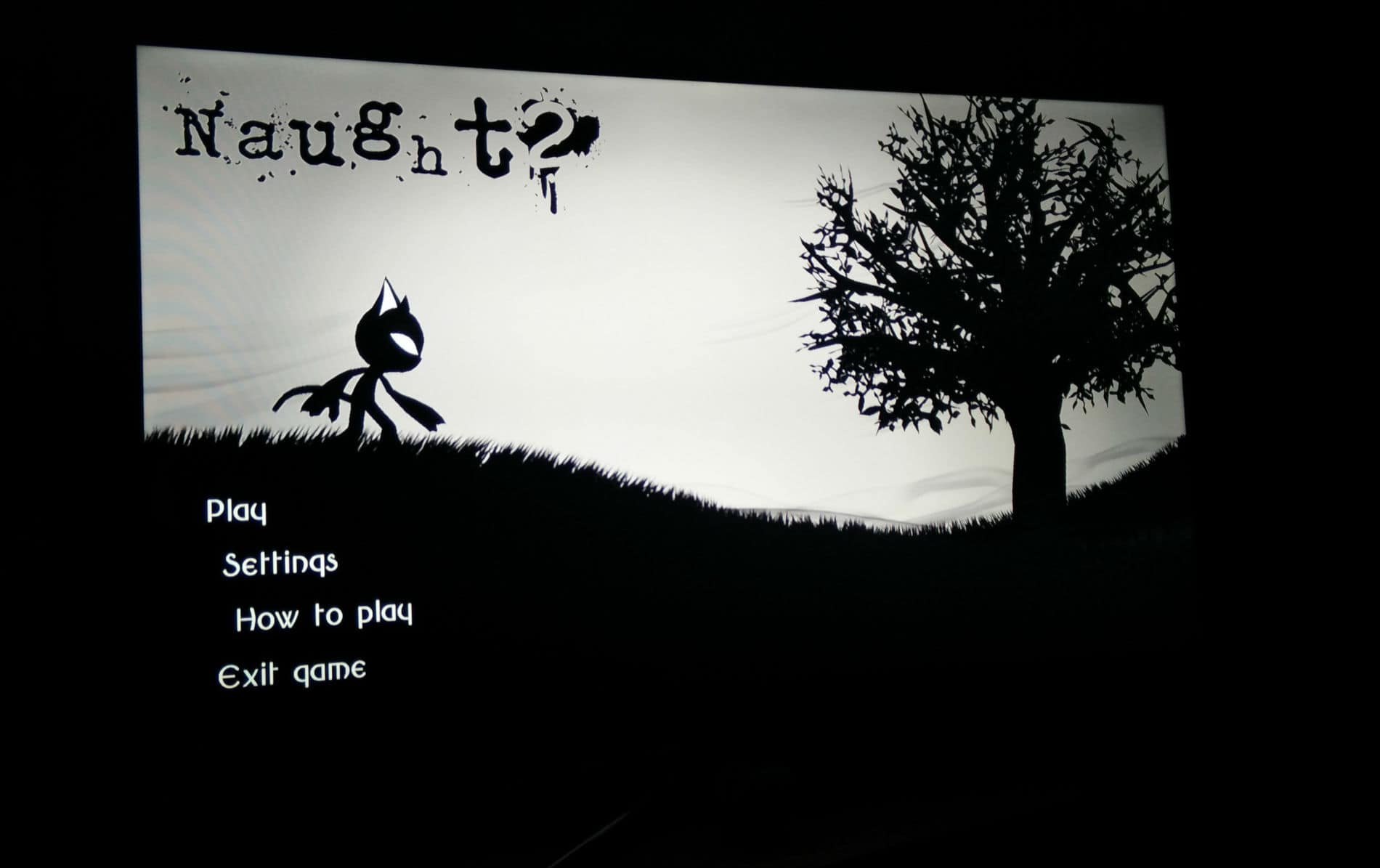