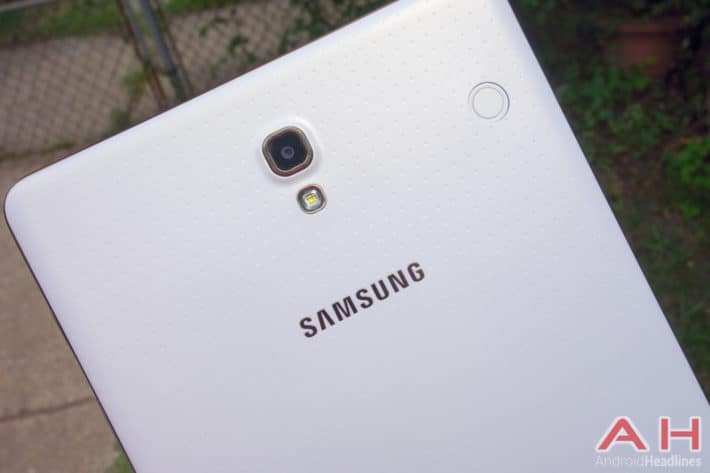 As we had previously heard, Samsung is working on successors to the Galaxy Tab S lineup. In the latest developments the specifications of one of the said successors, that is the Galaxy Tab S2, have been revealed before its launch. The leak comes from the benchmark test results of the device, posted on the website of the benchmarking tool GFXBench. Earlier rumors have said that the next generation line-up will have two variants, sporting screen sizes of 8-inch and 9.7-inch, and will have displays which will carry an aspect ratio of 4:3. The specs displayed in this leak match that older rumor to quite some extent.

The specification sheet on GFXBench shows the device to have a 9.6-inch display, with a resolution of 2048 x 1536 pixels, which will most probably be an AMOLED screen, even though this sheet talks nothing about the display panel type, but rather just states that it will be a 5-point multi-touch display. Carrying the model number SM-T815, the list further shows the device to be powered by Samsung's Exynos 5 chipset of the big.LITTLE family, octa-core, buzzing at 1.9 GHz, coupled with a hexa-core Mali T760 MP6 GPU. The device is reported to be running the latest version of Android, 5.0.2 Lollipop. The RAM has been reported as 2.7 GB, which means that the SM-T815 will have 3 GB of RAM, while the internal storage has been documented as 25 GB, which translates to 32 GB of on board memory for the device. The device is listed as having a  7MP primary camera, and a 2 MP front camera, both capable of 1080p video recording.

The primary camera, however, seems to be lacking a flash which is a bit disappointing. Other specs show the device to have all the basic sensors and connectivity options like Bluetooth and Wi-Fi. Whether the device will have an expandable memory slot and a SIM slot is yet to be known. Other rumors have said that the next generation Galaxy Tab S will be thinner than the iPad Air 2. This specification leak however, being a hardware benchmark test, fails to shed any light on the aesthetics. The next Generation Galaxy Tab S devices will likely be announced at MWC 2015, so looks like we won't really have to wait much longer to find out. What other features would you like to see in these devices? Let us know in the comments. 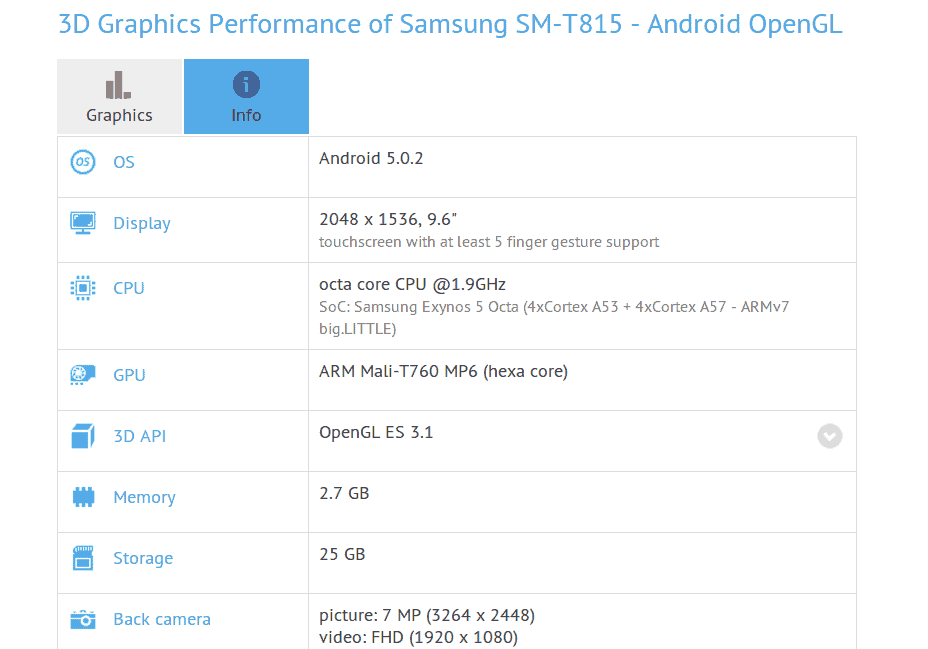 Advertisement
Trusted By Millions
Independent, Expert Android News You Can Trust, Since 2010
Publishing More Android Than Anyone Else
7
Today
110
This Week
218
This Month
4203
This Year
105680
All Time
Advertisement