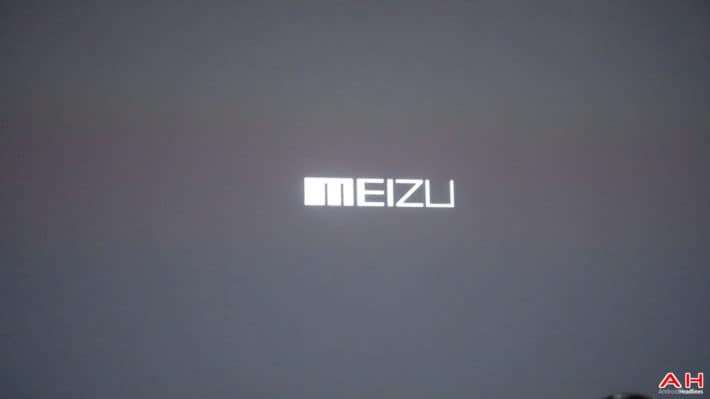 Meizu is one of the fast-growing companies in China. They're still not nowhere near Xiaomi in that respect, but are closing the gap with some of China's biggest companies rather quick. Not many people expected Meizu to release three great handsets in 2014 and sell as many units as they did, and the company has even bigger plans for 2015. They've already released their extremely affordable Meizu M1 handset which is selling like crazy in China, and this is just the beginning for this Chinese company. We're certainly going to see more solid smartphones by this company by the end of the year, and perhaps even some other smart devices, we've already seen the alleged Meizu smartwatch leak the other day, so everything is possible.

That being said, we have some rather exciting news to share with you, exciting for Meizu above all else. Alibaba Group, China's biggest e-commerce company, had decided to invest some serious cash in Meizu. Both of these companies have announced this today, and it seems like Alibaba will invest $590 million for a minority stake in Meizu. "The investment in Meizu represents a significant expansion of the Alibaba Group ecosystem
and an important step in our overall mobile strategy as we strive to bring users a wider array of mobile offerings and experiences," said Jian Wang, Chief Technology Officer of Alibaba Group. Yongxiang Bai, Meizu's Chief Executive Officer, added the following: "This strategic collaboration with Alibaba Group will enable Meizu to further develop our smartphone business and our smart devices ecosystem."

This is a big deal for Meizu no matter which way you look at it. This cash injection will help the company grow their business even faster and their competitors won't be that pleased about this. Alibaba Group is actually the biggest online and mobile commerce company in the world, at least in terms of gross merchandise volume they deal with. This will certainly be an exciting year for Chinese companies and it will be interesting to see how they fare at the end of the year. I'm really interested to see what will Meizu's lineup be this year, they really had some compelling products in 2014, and they will surely take a step forward this time around. 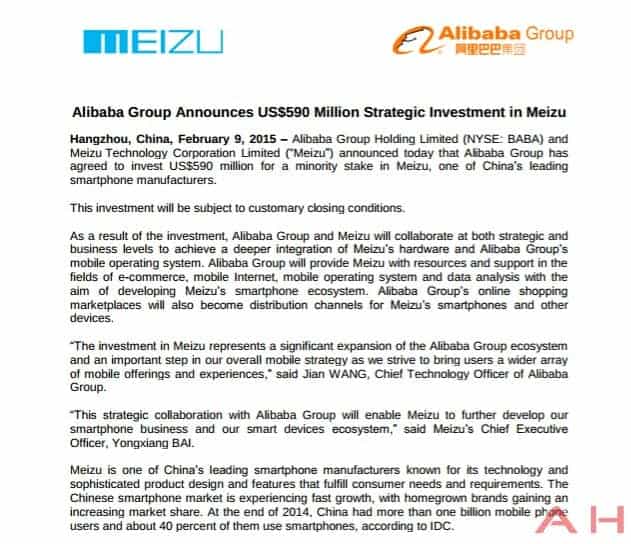