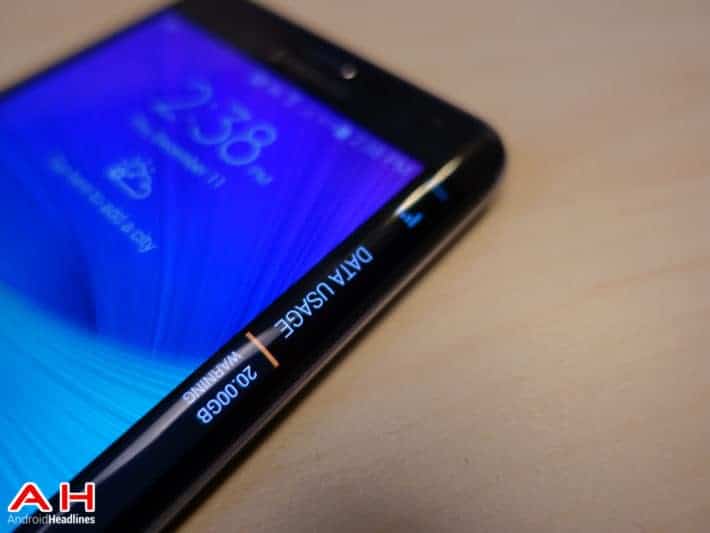 The Verge have run an article proclaiming that the Samsung Galaxy S6 will be a differentiating smartphone for the industry. In it, they discuss how Samsung have made a different device that they (Samsung and presumably the Verge) believe will change the world forever. They make much of the S6's rumored curved design and 14nm Samsung Exynos processor, again a rumor. Perhaps the Verge know things that the wider public does not, but their article makes one big assumption: that Samsung's scale means when they turn over in the bed, the other manufacturers fall out of the other side. And I don't see this for a few reasons.

I'll set out the first reason, which is the fuss about curved glass. Yes, having a curved edge is pretty and perhaps it's even a technological and engineering masterpiece to build something pretty and tough, but it will ultimately hinge on how Samsung's software engineers implement the technology. That means relying on a mix of programming resources made available to developers, an encouraging, coaching approach from Samsung and some great examples of how to best use the curved edges of the S6. Going on what I've seen with the Note Edge – which by the way is the only Note I would buy – I'd say that curved edges have yet to capture the imagination. Ah, but perhaps this time it's different? Those are the four most expensive words ever said in history across pretty much any industrial sector you care to mention. Samsung's curved glass needs to be offered across a much broader number of devices and this will encourage third party developers to do something useful with the technology, which means we need to be seeing Cyanogenmod supporting it, plus the myriad of other ROM developers. That edged glass could do many brilliant, wonderful things: think Google's active display on the edge for example.

In 2014, Samsung demonstrated that they can build devices made out of a material other than flimsy plastic, but most of their metal-built devices have had one or more compromises. The Galaxy Alpha is a beautiful design; it's thin and light, it has a respectable processor and screen, but Samsung forgot to give the device a decent sized battery. No; let me redact that claim. Samsung deliberately picked a thin design over decent battery life. If the rumors that the Galaxy S6 is to be under 7mm thick are true, I can only hope that Samsung have managed to keep battery life up, because if the S6 turns out to offer amazing functionality but is limited by the length of your extension cord, it won't be great for Samsung.

I'm also not convinced that Samsung will produce a curved glass, all metal-clad Galaxy S6. I hope that I'm wrong, but if they release two Galaxy S6 models – one being the normal, metal S6 and the other having less metal, more glass and curved edges (let's call it the S6 Edge) then this weakens both the relevance of their curved glass design and ultimately their ability to design a device built out of metal.

And then there's the Samsung Exynos picking up where the Qualcomm Snapdragon has presumably overheated and died. Yes; Samsung have experience of big.LITTLE processor technology and the push to the 14nm smaller die size is exciting. Smaller processors mean less energy is used to move information about the processor even quicker, which means we can have our cheesecake and eat it too: get more done using less battery. This is a great thing. Samsung's integrated modem technology also needs to be good enough and I'm sure it will be. Is this a crushing blow for Qualcomm? No. Samsung are currently the largest single Android device manufacturer and they are a major customer for Qualcomm, but there are plenty of other competitors snapping at Samsung's heels to sell components to. No; Qualcomm have more to fear from changes in their business structure, especially in China. Samsung's Exynos processor is but one competitor; there's MediaTek and other Chinese manufacturers, where the technology gap is narrowing. As the integrated modem and processor package becomes more universal, I expect MediaTek's processors to start taking more and more business from Qualcomm. Until recently, if you wanted a processor with a built-in LTE, you had to go the Snapdragon route but now there's a lot more choice. Samsung's reported decision to use their own processor family for the S6 isn't going to help things but it's not going to be such the disaster in isolation.

Ultimately, the Samsung Galaxy S6, as it's rumored, only addresses some of the reasons why the Galaxy line has lost the edge (pun intended). Samsung are bringing new technologies into their smartphone game that may give them a technological advantage compared with the emerging market manufacturers: the Xiaomis of this world. The Galaxy devices can be around half as expensive again as what consumers see as being an equivalent specification Xiaomi device but are not seen as being worth the extra. I am not convinced that customers will pay a hefty premium for curved glass edges and a new advanced processor that's difficult to pronounce.

In order to Samsung's S6 to differentiate itself from the established manufacturer competition (the Sony, HTC, Motorolas of this world) it needs to drop prices. Let's see it released at LG Google Nexus 5 prices.