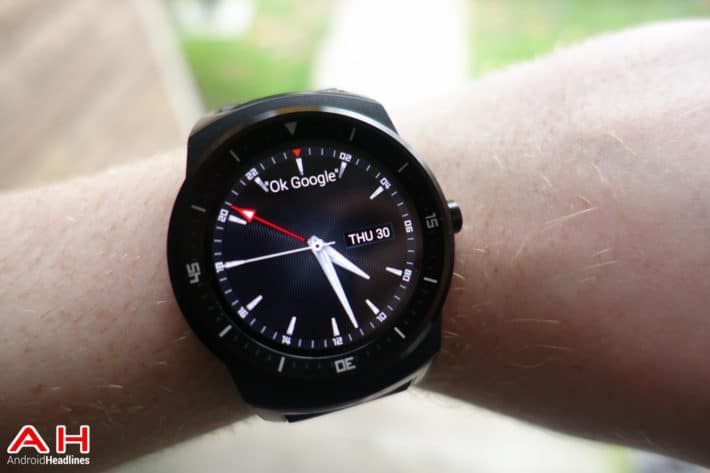 Readers might be forgiven for thinking that the smartwatch is a relatively new idea. It isn't. We can look back through science fiction and see Dick Tracy and more recently, Michael Knight, using something more than a normal wristwatch. In both cases, these watches were primarily used as a means of voice communication. Perhaps more to the point, it's easy to see why today's engineers are pursuing smartwatches. There are already a myriad ways to do this trying to gain a foothold in the market. Except we are likely to see Apple and Google taking most of the market share and the remaining operating systems fighting over the scraps left in the market.

Beyond Apple and Google, we have Pebble using their own proprietary operating system, LG using Web OS, Alcatel using their own Java-based operating system and Samsung using Tizen. Intel have a number of proprietary operating systems and wearable devices. That's seven competitors and I wouldn't be surprised if there are other competitors waiting in the wings: Microsoft have been quiet in the wearable scene. The reason why I believe Apple and Google's platforms will work is not because of the control over the system (although this is a contributing factor) but because these manufacturers already have significant market and mindshare. Apple's Watch will only work with the Apple iPhone, but the iPhone already has considerable market share so there are plenty of would-be buyers out there. Google Android is the dominant smartphone platform and as of this moment, Android Wear only officially works with Android. The devices have not been outrageously priced so far and we have a choice of manufacturer (even if the software is tied down by Google).

It's easy to understand why manufacturers are keen to experiment with their own operating systems. The industry is still young enough for there to not be an established way of doing things. We have different products with different design objectives. Pebble places battery life as a priority with their smartwatch designs, which is great but the devices are less flexible compared with Android Wear. LG bought Web OS from HP, which acquired it by buying Palm; Web OS should lend itself well to a small touchscreen. But it also wrestles operating system control away from Google; it would not be good for two businesses (Apple and Google) to control everything.

And I think it's a good thing. Why? Because the industry is still too young for the major – and minor – players to have everything figured out just yet. There will be growing pains in the industry and we are likely to see considerable changes. Manufacturers may come and go, but quite often it's the smaller manufacturers who come up with a revolutionary idea that turns out to be a game changer. These may be bought by the bigger players, or they may go on to become a bigger player themselves. But right about now, the wearable industry needs competition. Yes; Android has come a long way since those early beginnings but without the competition between the OEMs and of course the competing platforms, our smartphones would not be as brilliant as they are today. We've come a long way in the eight and a half months since September 2008 and Android Wear is only eight and a half months old, give or take. I expect things to be quicker with Android Wear and smartwatches, but not that quick.

My final point is to address the question of "what happens if a customer picks the wrong operating system?" In the short term, the wrong operating system will be a smartwatch that does not work with whatever platform we are using as a device. In the medium to longer term and given the rate of change in the smartwatch industry, I expect current models to become obsolete.