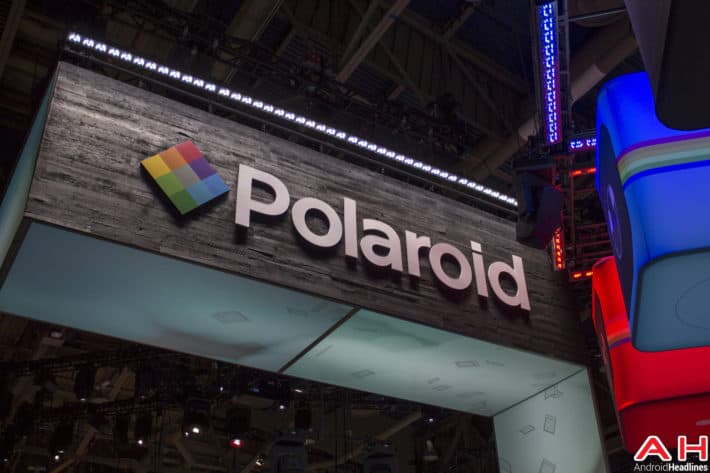 Polaroid has only recently started trying to get into the Android scene. They've had a couple of smartphones before, but they never really did much in terms of sales. But now it looks like they are planning to do a bit more with Android. As there are four different names of smartphones that have leaked out recently. Those are Omega, Phantom, Cosmos, and Thunder.

The Omega is supposedly a 5-inch mid-range smartphone. So likely a Snapdragon 400 and 1GB of RAM, maybe 1.5GB if we're lucky. The Phantom is a 5.5-inch mid-range phablet. While the Thunder is linked with sporting an octa-core processor clocked at 1.4GHz, 1GB of RAM, 8GB of storage, and a 13MP camera along with a 8MP front-facing camera. There's also rumored to be dual-SIM capabilities. The Cosmos is rumored to be a high-end device, but there's no word on the specs for that one just yet. Likely we'll see a Snapdragon 800-series chipset along with 2-3GB of RAM and 32GB of storage, at least we hope we do. We'd also love to see a great camera on the back, since this is coming from Polaroid.

We'll be at Mobile World Congress in a few weeks to see exactly what Polaroid has up their sleeves for us. Hopefully we can get some hands on time with these four new smartphones if they are indeed real and announced at Mobile World Congress. So far, Polaroid isn't having a press event, so they may just announce these through a press release. Interesting to see some of these camera makers getting into the Android smartphone game. Definitely a good thing, as they should be able to provide us with some better cameras than what we have right now.

How many of you are excited for these Polaroid smartphones to become a reality? I know there's still plenty of Polaroid fans out there, what do you think about the Omega, Phantom, Cosmos and Thunder? Be sure to let us know in the comments down below.