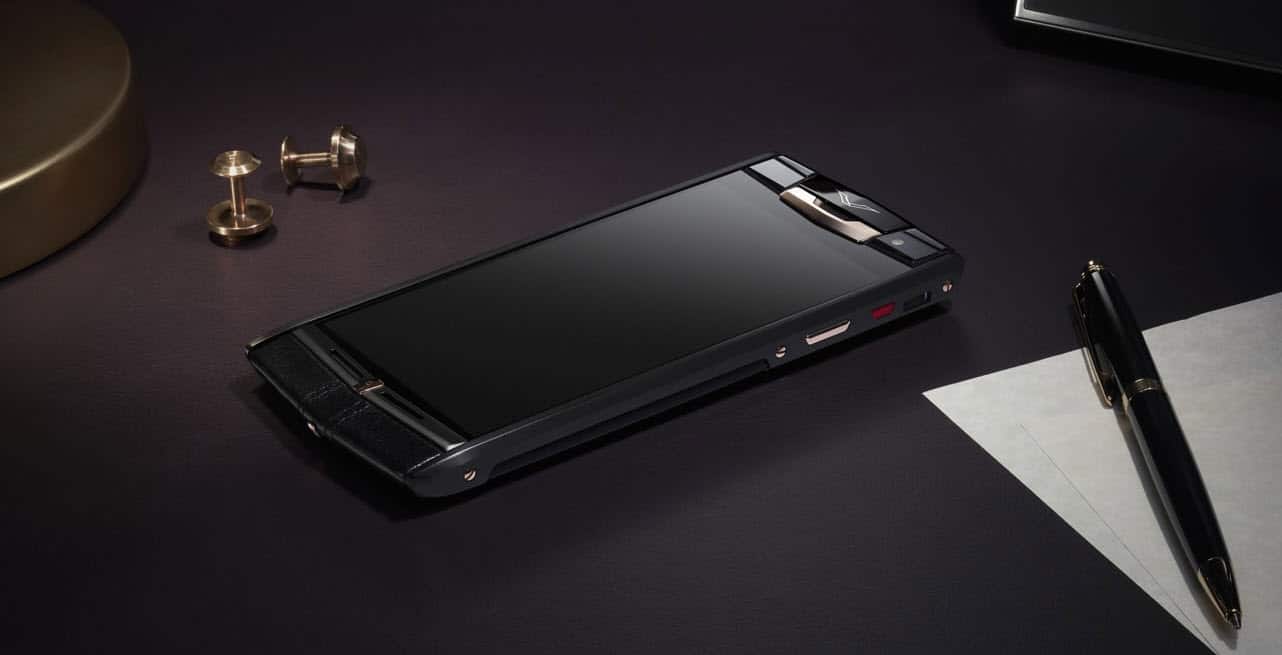 For those unfamiliar with the name Vertu, they are a British manufacturer of luxury, handmade mobile phones…established in 1998 by the Finnish manufacturer of Nokia.  They were subsequently sold to a private equity group but retained a 10-percent share.  By the end of 2013, Vertu has sold 350,000 devices and seem to be most popular in Russia, Asia and the Middle East.  The idea was if people are willing to spend $20,000 for a watch, why not a handcrafted smartphone.  Vertu refers to them as "mobile communications instruments," not simply mobile phones.  While they make their own models, they also produce limited edition devices and have collaborated with the likes of Ferrari and Bentley.  While there is no questioning the quality of the workmanship, their specifications are usually 'yesterday's news.'

Vertu's latest model belongs to their Signature Touch collection, will run you $23,100 and is aptly named, Pure Jet Red Gold.  It has solid red gold features, including the volume control keys, power/lock key and on the pillow support.  The main body is made out of Grade 5 titanium coated in black PVD and wrapped in black calf leather, "from the Alpine region of Europe and crafted by one of the oldest tanneries."  Its design makes a bold and beautiful statement…which is exactly what it is supposed to do.

The Pure Jet Red Gold model uses only "world-renowned" companies such as Bang & Olufsen (B&O) for its sound components, Hasselblad for its camera, Qualcomm for its processor and even the ring tones are produced by the London Symphony Orchestra.  They offer 24-hour worldwide concierge service, exclusive access to cultural events and 24/7 remote access technical support and Kaspersky anti-virus and anti-theft protection.

As far as technical aspects – it has a 4.7-inch FHD sapphire crystal display with 473 pixels-per-inch (PPI).  It uses a Qualcomm Snapdragon 801 quad-core processor clocked at 2.3GHz and 64GB of internal memory.  It sports a 13MP main camera with autofocus and dual-LED flash.  The front-facing camera (FFC) is 2.1MP for video chatting.  It also comes with 13mm x 18mm stereo high fidelity speakers with built-in Dolby Digital Plus surround sound support.  The battery is 2275mAh and is Qi compatible for wireless charging.  It comes with Wi-Fi, Bluetooth 4.0, NFC support and a microUSB port.  It is running on Android 4.4 KitKat.

Please look over the photo gallery and you can see what your $23,000 will buy you…but you know the old saying, "If you have to ask the price…"