'Home Automation' products are definitely becoming a thing in today's market. Many manufacturers are already in the business and we constantly see others join the party. Smartphone OEMs definitely want in on the action, Xiaomi has entered the game a while ago, Meizu quite recently and it seems like ZTE will do the same tomorrow. Meizu has recently announced a partnership with Haier and along with that they've announced a bunch of smart gadgets, from smart light bulb (X-Light Plus) to the smart scale (RyFit).

Another Chinese smartphone manufacturer, ZTE, which we haven't heard from much lately, has announced a 'Nubia' (company's sub-brand) event for tomorrow. The teaser image clearly reveals the date of the event, January 31, and it also has a smart scale image attached to it, which is quite revealing, don't you think? We haven't seen any leaks regarding ZTE's smart gadgets thus far, but it seems like they're ready to go. It is possible that ZTE will unveil the whole lineup of smart gadgets along with some sort of a platform that will connect all those devices, something similar to what Meizu did a couple of days ago. I'm guessing we'll see the smart scale, smart light bulb, perhaps some sort of a fitness device… and who knows what else, there are a lot of possibilities when it comes to such devices, all we can do at this point is wait for the announcement and find out considering we didn't see any leaks about any of this thus far.

As I already mentioned, we haven't heard much from ZTE lately, aside from a couple of phone announcements, of course. This will definitely get this company some attention, but I believe everyone is waiting for the Nubia Z9 to launch, the 'bezel-less' handset that has been leaking all over the place for the last couple of months. The Nubia Z7 has launched in July, so I guess ZTE might launch this thing in that same timeframe, but we'll see, who knows, perhaps they decide to announce that thing soon. This company could also make an appearance at the MWC in Barcelona in March and showcase some hardware. Anyhow, stay tuned, the event is tomorrow, let's see what ZTE has to offer. 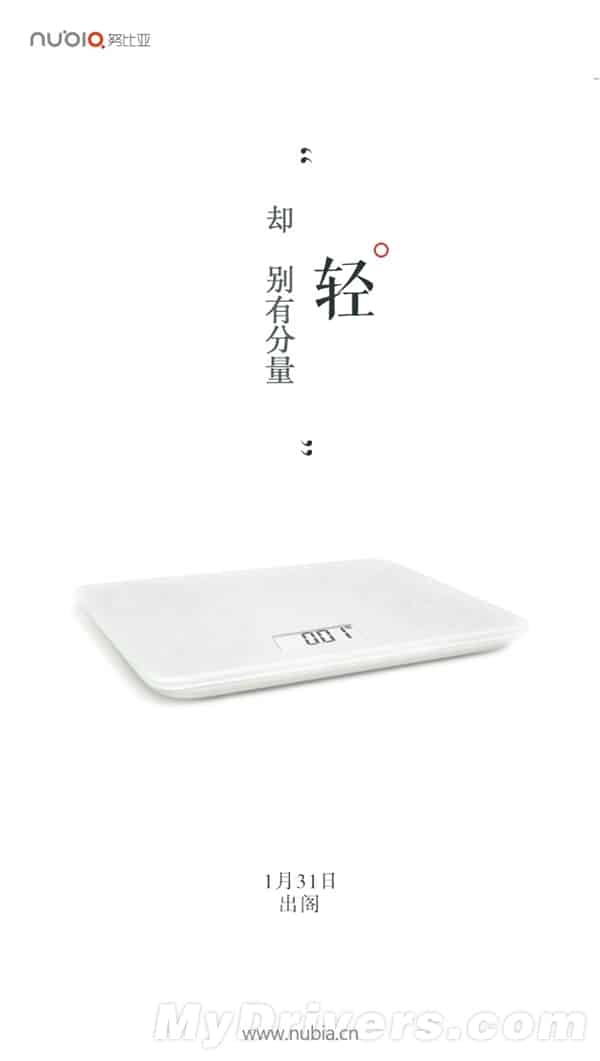