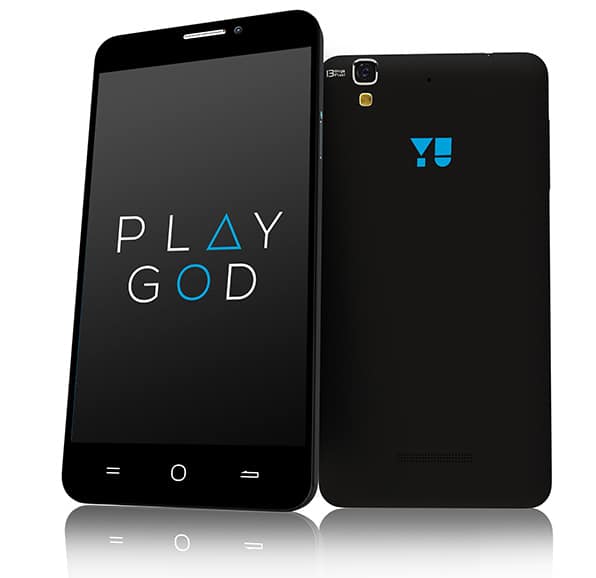 If you are based in India then yesterday was a big day. This is because a new brand and device was officially made available to buy. The brand was YU and the device was the YU Yureka. Over the last few weeks, YU have attracted a good deal of attention which is usually surprising for what is effectively a low budget smartphone. YU is a sub brand of the very large Indian OEM, Micromax and as such would receive some news attention regardless. However, what really made the headlines for YU was their exclusivity with Cyanogen which meant that Yureka was officially the first device to bring CyanogenOS to India. The other part of that ongoing story was that YU effectively managed to get the OnePlus One temporarily banned in India due to the exclusivity agreement.

Well, that was then and now YU have released Yureka for sale in India. The device went on sale yesterday in India with an initial 10,000 units available to buy. Typical of sales in this region, this consisted of a flash sale type sale and boy were they gone in a flash. The devices were available only through Amazon India and were priced locally at Rs. 8,999, which equates to roughly $145. The 10,000, which were made available sold out in three seconds which effectively made it one of the fastest selling phones in India. This is quite an achievement as Xiaomi had previously been accredited with this title thanks to their (almost) as fast selling Redmi 1S device.

If you had thought about picking up the Yureka smartphone then the next sale is scheduled for January 22nd. If you want to know what is on offer then Yureka comes with a 5.5" display with a 1280 x 720 resolution. Inside, Yureka comes with 2GB RAM, 16GB internal storage and powered by a 64-Bit Qualcomm Snapdragon 615 processor (clocking at 1.5GHz). In terms of cameras, the device comes with a 13MP rear shooter and a 5MP front facing option. The device also comes with a 2500mAh battery and not forgetting that it runs on CyanogenOS. Will you be trying to get hold of Yureka when the next sale begins? Let us know.