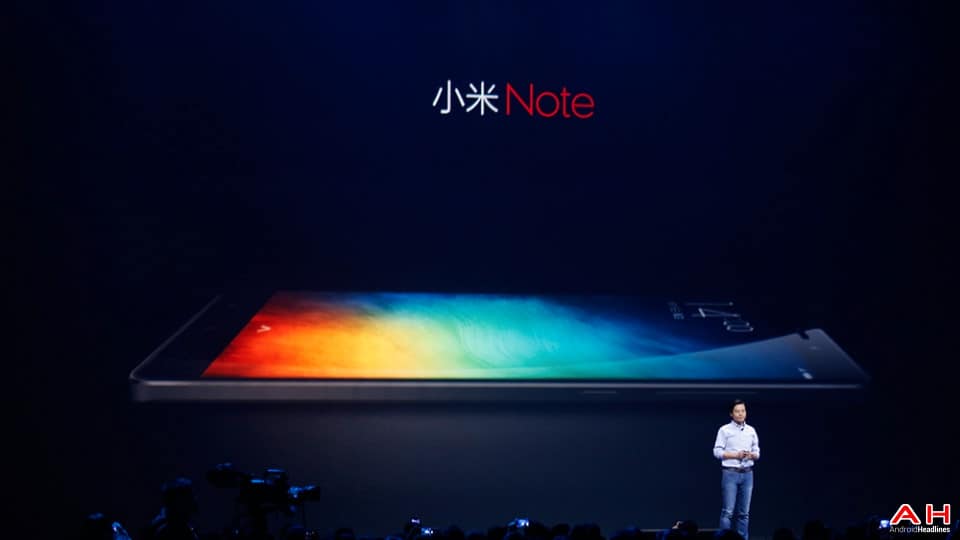 Xiaomi's event in Beijing has just started and you can watch the livestream here. In case you're not up for that considering it's in Chinese, stay tuned to AndroidHeadlines, we'll keep you posted in this article LIVE on what's going on as things unfold. That being said, Xiaomi is expected to announce some hardware at today's event. The company will unveil at least one smartphone, though two are a possibility, plus they might announce some additional hardware, like the new Mi Pad for example.

As a reminder, this China-based company has already announced their extremely affordable Redmi 2 handset on January 4, so this won't be exactly their first smartphone announcement of the year. Many people are expecting Xiaomi to launch the Mi5 today, but the company threw a huge hint that won't happen via an official teaser. Xiaomi Mi4S, Mi5, Mi5 Plus, Redmi Note 2 and the Leadcore-powered ultra affordable handset have all been mentioned in the last couple of weeks, anything is possible though, let's see what will happen together. In the meantime, feel free to comment on social networks and share your predictions with us, we'd love to hear from you.

In case you'd like to watch the livestream, visit this link, there's everything you need to know in there, including a link for the livestream you'll need. That's it, this will be a huge day for Xiaomi and its fans, let's hope the company will awe us with at least one of their products, according to their teasers, something big is coming. Xiaomi intends to ship 100 million devices this year, and in order to do that they really need to go all out this year, let's see what they have up their sleeve, shall we.

– The event has started, Lei Jun, Xiaomi's CEO, has stepped on stage and opened the conference. He started by sharing some general numbers about the company and their results in 2014 and then continued by saying that smartphone is the key to connecting all smart devices.

– The company says that they worked hard in order to improve their cloud offering and connect everything through it, as they believe that's the key to connect all their smart devices.

– Metal frame, 2.5D curved screen and Corning's Gorilla Glass 3 protection are all a part of this device.

– The company offers insurance for the phone which will cost you 199 Yuan, the insurance includes breaking the front or back glass and will also cover you if get too much water on your device and break it that way.

– The display uses LCD technology and has a 1400:1 high contrast ratio.

– This display is a lot brighter while using far less power than the usual display, according to Xiaomi, they call it the "Sunshine Screen", and it reduces eye strain.

– MIUI has been been optimized for a large-screen device, it offers one-handed mode.

– The 13-megapixel camera sports f/2.0 aperture, and has six lenses one on top of the other.

– The OIS has been improved, it uses gyro sensor in order to perform better and reduce shake effect.

– Qualcomm's Snapdragon 801 quad-core processor clocked at 2.5GHz is powering on this handset, along with an Adreno 330 GPU and 3GB of RAM. The phone will cost 2,299 Yuan.

– The audio has high-precision thin-film resistors and features noise reduction technology. The Hi-Fi system also comes with high-fidelity and is rich in detail says Xiaomi.

– Surprisingly, Xiaomi has announced another device, which is basically a higher version of the Xiaomi Mi Note. The two devices look the same, but the second device is called the Note Pro and it is powered by Qualcomm's Snapdragon 810 SoC, a 64-bit octa-core processor and it ships with 4GB of RAM. This device also comes with a 5.7-inch display, but it has a quadHD resolution. This handset costs 3,299 Yuan.

– Xiaomi has also announced a Mi Box Mini which is powered by Cortex-A7 quad-core processor clocked at 1.3GHz, 1GB RAM and it has 4GB of internal storage. It supports 1080P resolution, dolby, DTS audio and dual band Wi-Fi 802.11n. This thing costs only 199 Yuan.

– Mi Headphones have also been announced, they have a 50mm large beryllium diaphragm speakers and interchangeable over-ear and on-ear covers. They cost 499 Yuan.

– That's it, the event is now finished.