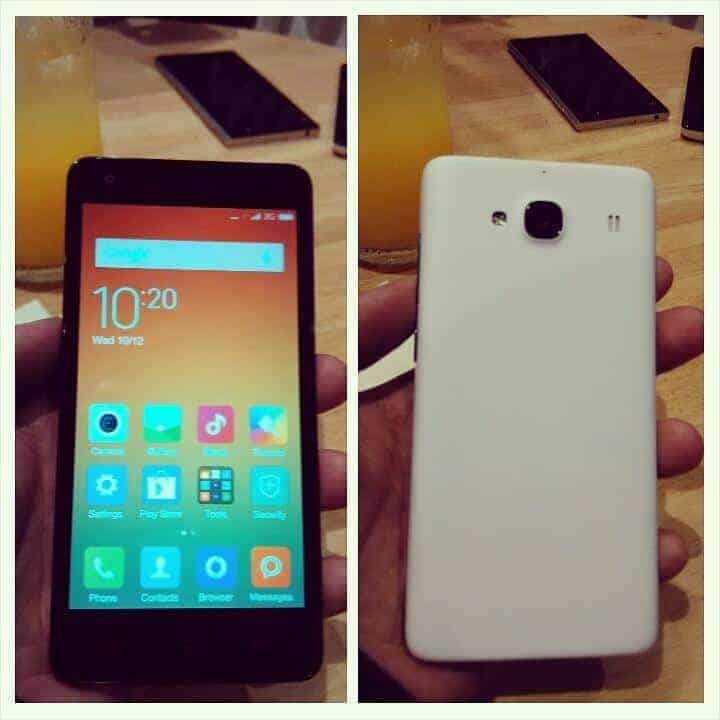 We've been getting a lot of mixed Xiaomi information lately. The company is expected to release a number of devices in the coming weeks and the leaks / reports can be really confusing at times. Let's try to make some sense out of all this. Xiaomi's CEO said the other day that the company will launch their new flagship in January, so we can expect the Mi5 launched in the coming weeks, considering that's the only Xiaomi flagship handset. The company is also expected to release the Redmi Note 2 handset, and that will quite probably happen on January 15, at least according to some reports. Now we get to the really confusing part.

Xiaomi has teased a new "New Redmi" device launch for January 4th and everyone assumed this will be the upgraded version of the Redmi 1S handset sporting dual LTE connectivity. Reports from China said so, also adding that the device will be launched in collaboration with Tencent. Xiaomi might brand this device the "Redmi 2S" though, not only will it sport dual LTE connectivity, but it will also ship with an upgraded spec sheet. According to TENAA listing, this handset will feature a 4.7-inch 720p (1280 x 720) display along with 1GB of RAM and 8GB of expandable internal storage. Qualcomm's Snapdragon 410 SoC, a 64-bit quad-core chip clocked at 1.2GHz will power on this handset and an Adreno 306 GPU will be in charge of graphics rendering. 8-megapixel camera will be this handset's rear-facing shooter, while a 2-megapixel camera is expected to be available on the front side of this device. Android 4.4.4 KitKat will come pre-installed with Xiaomi's MIUI on top of it, and the device will measure 134 x 67.21 x 9.2mm and weight 132 grams.

As you can see, there are several differences between these two devices, and the newest leak also reveals how the device will look, reportedly. If you take a look below this article, you'll notice a couple of images showing of this Redmi 1S 4G / Redmi 2S handset, while also comparing it side by side with the Redmi 1S handset. According to TENAA's listing, this device is supposed to be smaller, narrower and thinner than the Redmi 1S, but it seems wider in the images down below. Anyhow, January 4 is the date, we'll see what will Xiaomi launch then. Do you think they will name the device Redmi 1S 4G or will the company opt for a completely new, Redmi 2S, branding considering the differences in looks and specifications? I initially thought this will be the Redmi 1S 4G as Chinese reports have stated, but am starting to doubt that.