Christmas has come and gone, and besides leaving us with unwanted Christmas themed jerseys and an enlarged waistline from all the mince pies and turkey, you may have also been left with the urge to get away from it all. With that in mind, lets take a look at the Top Ten Free and Paid Downloaded Apps in the Travel & Local category according to data provided by App Annie’s download tracking service.

As you can see from the table below, the Apps in  the Free section are pretty much set in concrete, with the list including such heavyweights as the Google Earth App, Nokia’s HERE Beta navigation App to Expedia’s Hotels and  Flights App. The only movement in the section came courtesy of Disney’s My Disney Experience App that moved up a spot to take tenth position from the Scout GPS Maps, Meetup & Chat App. Surprisingly, the Skype WiFi App can only manage thirteenth position.

Things aren’t much different in the Paid section either. Here we can see the top two Apps (Boating USA & Flight Tracker) holding on to their positions, with the GPS Status PRO-Key claiming third at the expense of FlightTrack 5. The rest of the incumbents that include the No Ads version of the TripIt Travel Organizer and CoPilot’s Premium USA Maps have clung on to their respective places. It would seem that when it comes to Travel & Local Apps, people are pretty happy with what they’ve been using.

If you’ve just taken ownership of a new Android device over the Christmas period, how many of the Travel & Local Apps have you already installed? Did you be use one of the Apps mentioned to get to your New Year’s Eve party? Let us know at our Google Plus page. Finally, just to re-enforce the feeling that the year has come and gone ever so quickly, next week we will be covering CES 2015! Our very own Nick Sutrich will be on the ground, bringing us the latest news on next year’s newest Android devices. 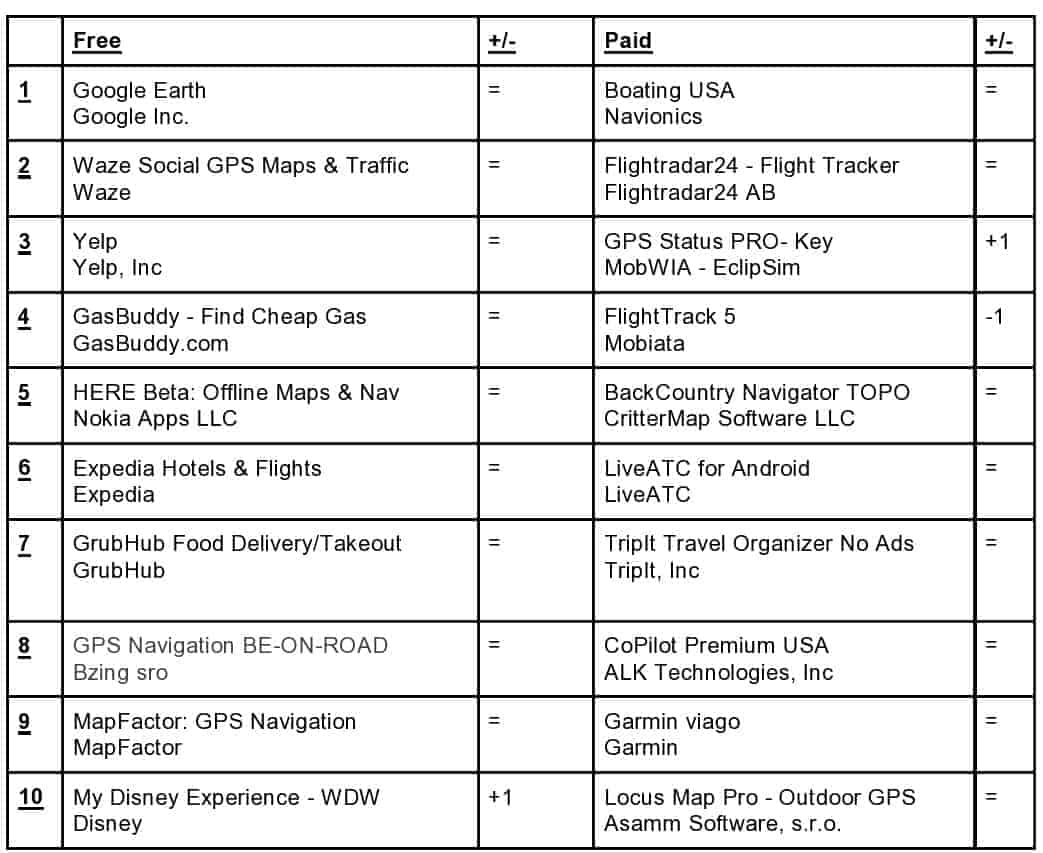