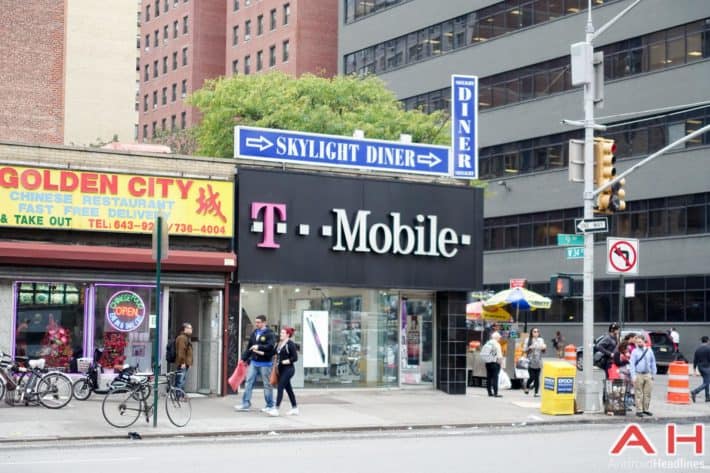 T-Mobile has been changing their plans left and right. And in doing so, they’ve been getting better and better. Today, John Legere and Co., decided to work on Prepaid. They became the number one prepaid carrier last year, overtaking Sprint’s Boost Mobile and Virgin Mobile combination, who had been #1 forever. T-Mobile has over 1.2 million Prepaid customers that joined the magenta carrier in 2014 alone. That’s a pretty big number right there.

Today, T-Mobile added a new Prepaid Option. This is the $40 plan, which brings you 1GB of data before being throttled to 2G Speeds, along with unlimited talk and text. If you need more data, there’s a 3GB plan for $50, and 5GB for $60 with truly unlimited being at $70. Remember that these plans – aside from the $70 truly unlimited plan – are throttled once you hit the designated cap. So technically it’s unlimited data, but once you hit that cap, you’re going to hate it.

“Simply Prepaid customers will also enjoy unique benefits of being a T-Mobile customer like Wi-Fi calling at no extra charge, and with 8 Mbps speeds, they can download a song in under 10 seconds or a 30 min HD TV show in just eight minutes.”

The interesting part to me is the “…and with 8Mbps speeds”. Now if you’ve been on T-Mobile in the past year, you know that their network is often times much faster than that. So are they telling us that they are capping speeds, similar to what Cricket does? In fact, Cricket caps at 8Mbps. It would really suck if they do. We’ve reached out to T-Mobile to comment on that and will update this post once we have that clarified though.

These new plans will be available starting January 25th. It doesn’t look like their $30 plan for 5GB of data and 100 minutes is going away though, I feel that’s still their best plan. Let us know what you think about these plans in the comments below.