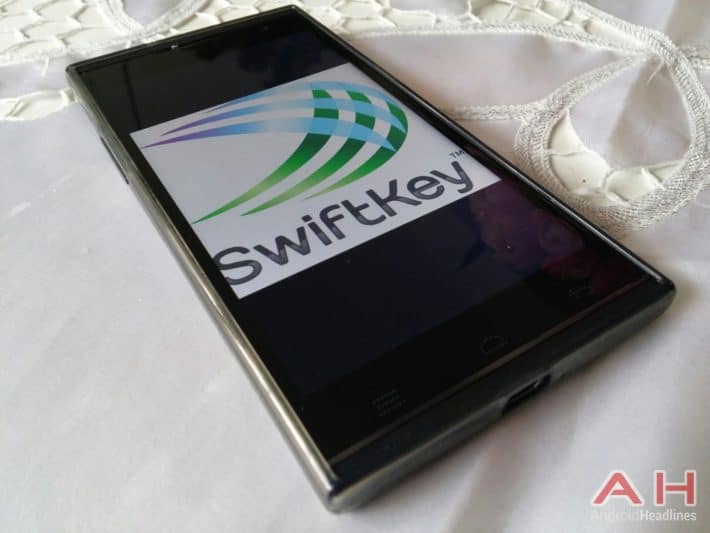 SwiftKey is one of the most popular third-party keyboard apps / services in the world. This is a somewhat competitive market, as other companies are doing a great job in the keyboard space, like TouchPal, Fleksy and Minuum for example. SwiftKey is probably the most recognizable name still, and the company has some big news to share with us today. Chinese language is finally launching and will be available within the app. China is the biggest smartphone market in the world and this makes all the sense in the world. Anyhow, let's see what's what.

The company has been testing Chinese language for a while now, as part of beta testing in China. SwiftKey is introducing seven new input methods here, which basically covers everything. That's not all though, SwiftKey is also launching a Chinese New Year keyboard theme, which you can check out in the gallery down below. We're talking about a 5.2 update to the SwiftKey app, and these are the languages that are being added and input methods that will be available:

SwiftKey also points out some of its strong suits, the app will learn how you interact with the keyboard in order to adapt to the way you type, what they call SwiftKey Heatmap. This system will work really well with the Chinese language as well, according to SwiftKey. "Write entire sentences in Pinyin and the app will understand what you want to say – even if you use a word it hasn't seen before. As some Pinyin sequences can represent multiple Chinese characters, SwiftKey will learn from you to predict the word that's most suited to you," says SwiftKey. The Chinese support also comes with support for the usual SwiftKey features, learning and prediction this app is well-known for, and it will of course be able to learn from your social media accounts.

Aside from the Chinese language support, the Swiftkey 5.2 update also introduces the Khmer and Lao languages. Swiftkey has also listed the general bug fixes and SwiftKey store optimizations as part of this update. I'm sure that many Chinese users will be thrilled to see this news, I hope that some of you will try it out and let us how you like it, does it work alright and so on.