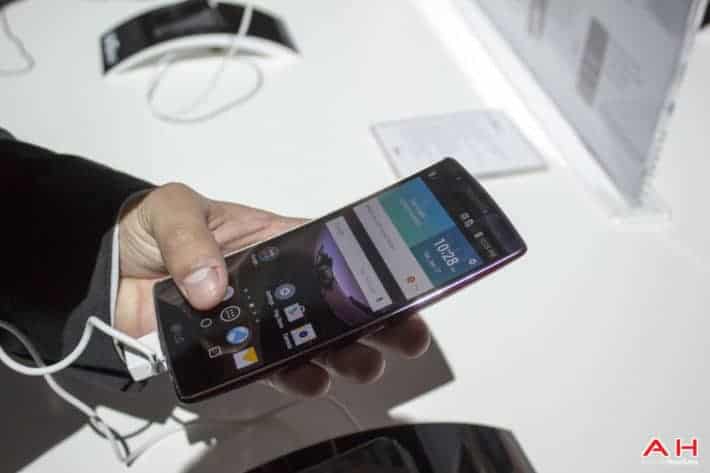 Well, if you are an LG fan and looking forward to CES then this morning was your morning. The other South Korean tech giant gave their keynote presentation this morning and in amongst the bunch of products they announced was the official confirmation of their latest device, the LG G Flex 2. This one was anticipated to be launched and as such today simply confirmed what was already expected. However, since then we have already heard that the LG G Flex 2 is confirmed to be landing on AT&T later in the year. To add to this, it now seems that we can add Sprint to the carriers who are confirming they will carry LG's new bendy phone.

The LG G Flex 2 comes with a 5.5" Full HD display with a 1920 x 1080 resolution. Inside the device is loaded with 2GB RAM and a Snapdragon 810 64-bit processor. In terms of cameras, there is a 13MP shooter on the back and a 2.1MP front facing option. additional features include 32GB Internal storage, a microSD card slot and a 3,000mAh battery. During the presentation, LG announced that the LG G Flex 2 would be available in two distinct colors, Platinum SIlver and Flamenco Red. However, it seems Sprint will be carrying their own exclusive colour for those that want a more unique looking Flex 2 device. The Sprint announcement (source link below) confirms that the LG G FLex 2 will be available on their network in 'Volcano Red'. Now, how different their red will be to the already announced Flamenco Red is debatable but nevertheless, Sprint will have their hands on this colored variant

If you are thinking about picking up the LG G Flex 2 from Sprint then at the moment there are no confirmed dates as to when the device will be available. The Sprint announcement does state that the device will be available in the first quarter of 2015, so we shouldn't have to wait too long before it lands. Like the previous AT&T confirmation, at the moment there are also no details on how much the device will cost with Sprint although they did say pricing and availability will be announced soon. If you are interested in picking one up then Sprint have already opened a pre-registration page for the device. Are you a Sprint Customer? Looking forward to the LG G Flex 2.