Whack a Smack is an Android game that's designed to be good fun for the whole family, but is predominantly a game for kids to enjoy on their own. There are no hidden surprises, gameplay is easy and explained well and it's a lot of fun as well with fun, fast-paced gameplay. In Whack and Smack, you need to help Teddy get back his Lollipops that curious creatures have taken for themselves. With 48 different levels across a number of different areas, 3D graphics and no hidden surprises, Whack a Smack is a fun game designed to keep young ones on their toes while also giving parents peace of mind with no nasty shocks or anything like that. So, let's take a closer look, shall we?

To start playing Whack a Smack, you'll need to download the game for your little on from the Play Store. After that you can pretty much hand things over to your kids. 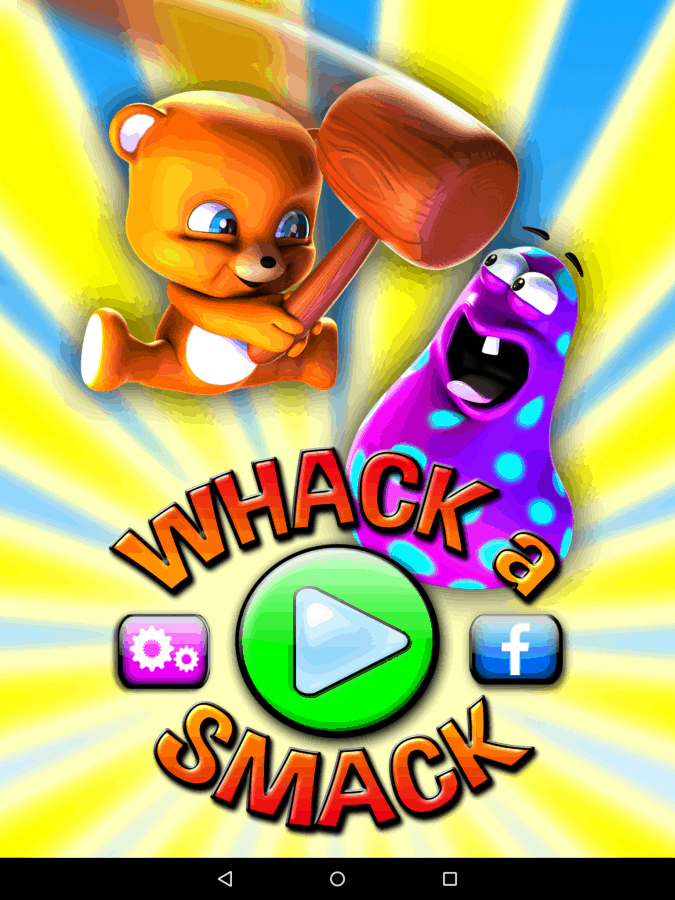 It is however, a good idea to go through the tutorial, which is nice and simple, as well as being interactive. 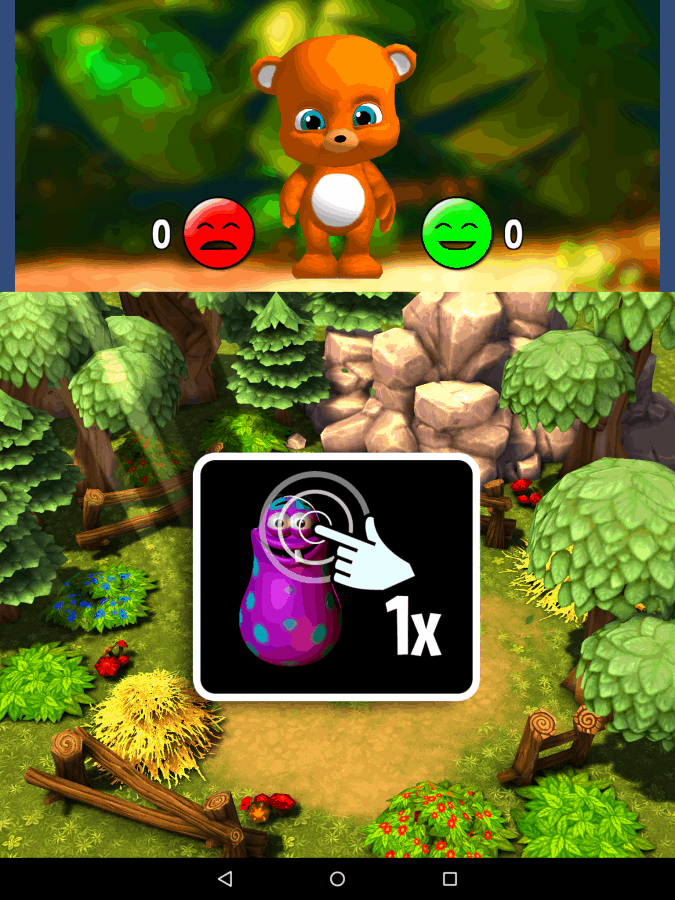 There aren't too many things that the kids to remember either, which is nice. There's enough variety in what to do to still make the game a challenge for younger players. 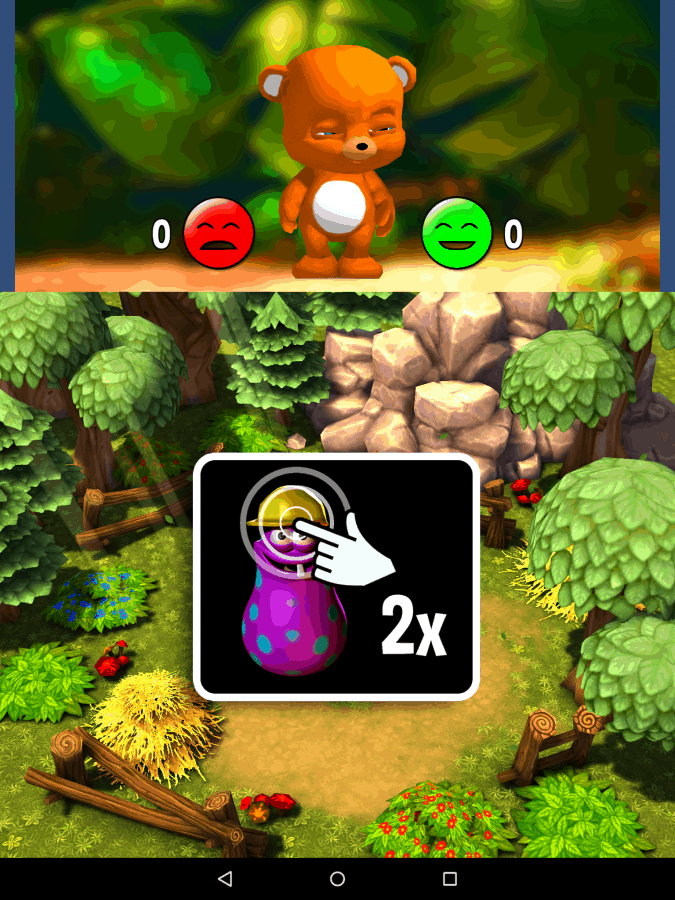 There are a number of levels to play through – 48 in total – across different environments like the forest, the desert and more. 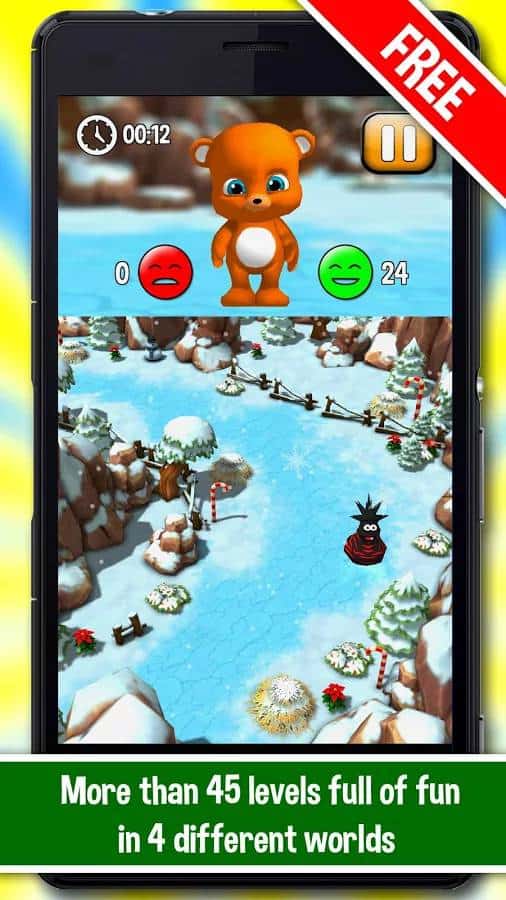 When playing, the 3D graphics looks pretty good, and Teddy's movements up top are nice and refreshing to keep kids motivated and keep them going. 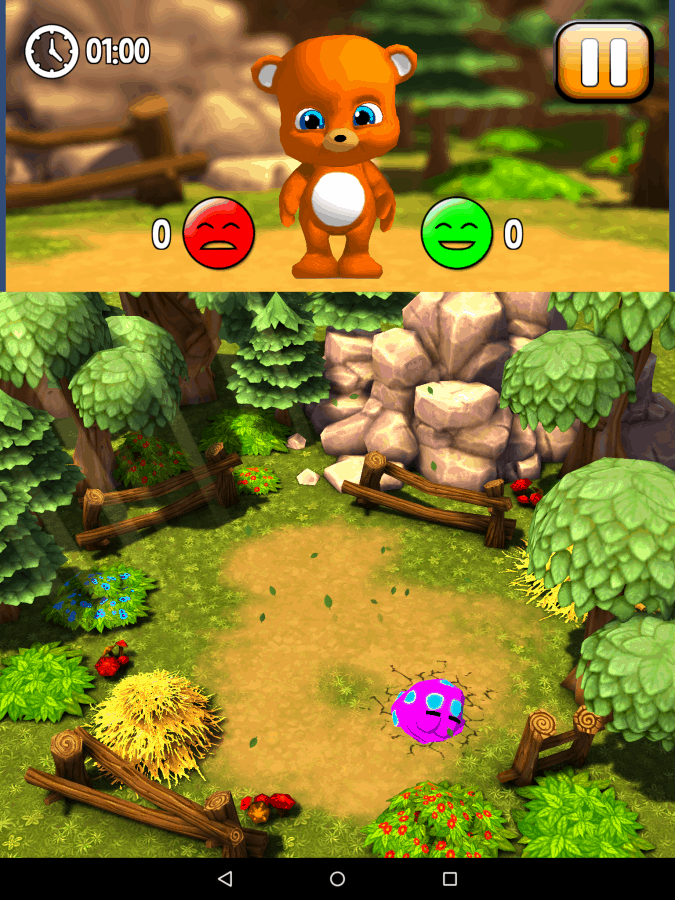 You get a happy face for each of the creatures that you whack and an unhappy face for those that you miss. At the end of a level, you'll be given a rating out of three stars for how well you've done. Teddy also dances and acts happy or sad depending on how you've done, too. 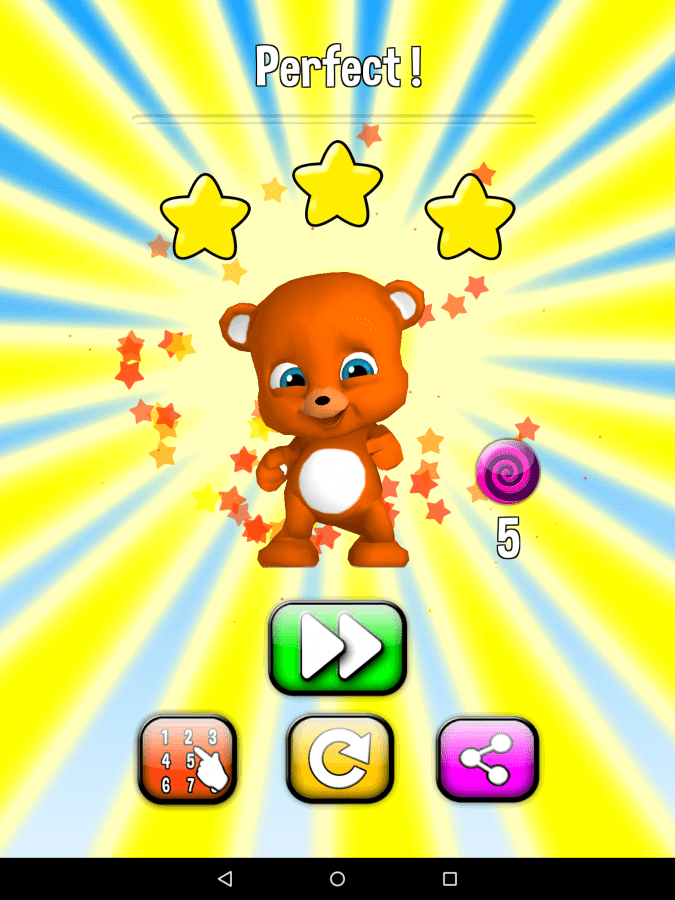 This is just a taste of the game, and there are many more levels to work through, including a survival mode as well. Altogether, this is a pretty well-featured game designed for little players. (There's also a fun little twist to the story that I don't want to ruin, but it's worth playing to see). 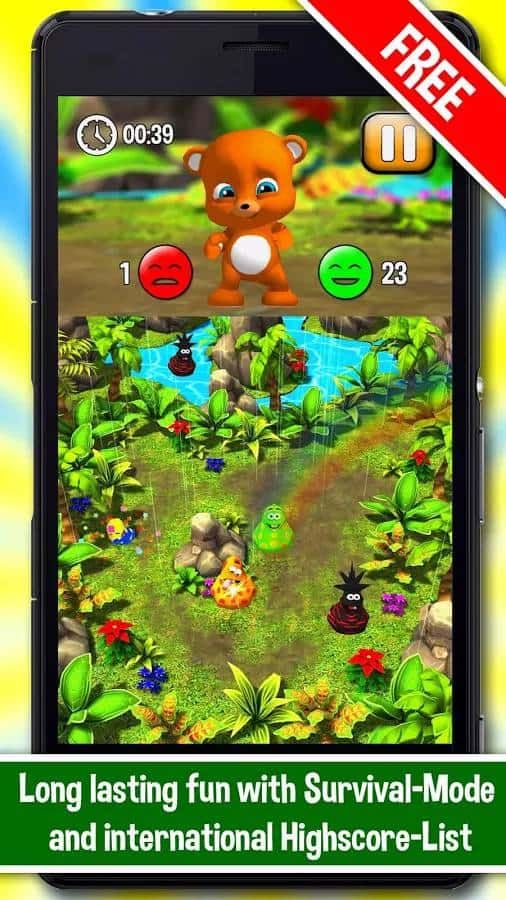 Whack a Smack is exactly what it looks like; a fun kids game. That might sound like a turn-off, but it really shouldn't do. After all there are a lot of fun games out there for little kids as well as well big kids, but few are designed specifically for kids. Little details like no text when explaining the game, colorful and lighthearted graphics all come together to offer an appealing look and feel for younger players. Whack a Smack could also be something to help kids improve their reaction skills and to help them gain quick-thinking skills. Other than that of course, this is a fun game with simple, yet satisfying gameplay with some good graphics and a variety of levels. It's not the most complicated of course, but as it's designed for kids it's never going to be, but it is a lot of fun.

Whack a Smack is one of those games that might not appeal to everyone, but as it's designed for kids that's not surprising. This is a fairly simple game, designed to be fun for younger players and as it's simple it is just that; good fun. The graphics are detailed and engaging and its always fun to play a whack-a-mole type game no matter how old you are. Obviously kids will have more fun with a game they haven't played before, and all-in-all there's little to complain about here. If you're looking for a game that your little ones can play on their own, without getting frustrated or racking up in-app purchase bills then this is a very good option for that.