Spider Jump – Goblin Appears is an Android game that puts you in control of Spider-Man and tasks you with jumping from one side of a skyscraper to the next in order to collect coins, avoid obstacles and attack enemies like Venom and Green Goblin. The game is built around simplistic, one-thumb controls and there are bonuses like the magnet, a power boost, shields and more. The game is designed for Spider-Man fans as well as those looking for a casual game to keep them entertained with as few controls as possible. If you;d like to, you can double up your collected coins from the game as well as purchase more coins to unlock new Spider-Man variants and more. Let's take a closer look.

All you need to do is download Spider Jump from the Play Store to get started. From the main menu, you have the choice to get stuck in, pay to remove ads or more. 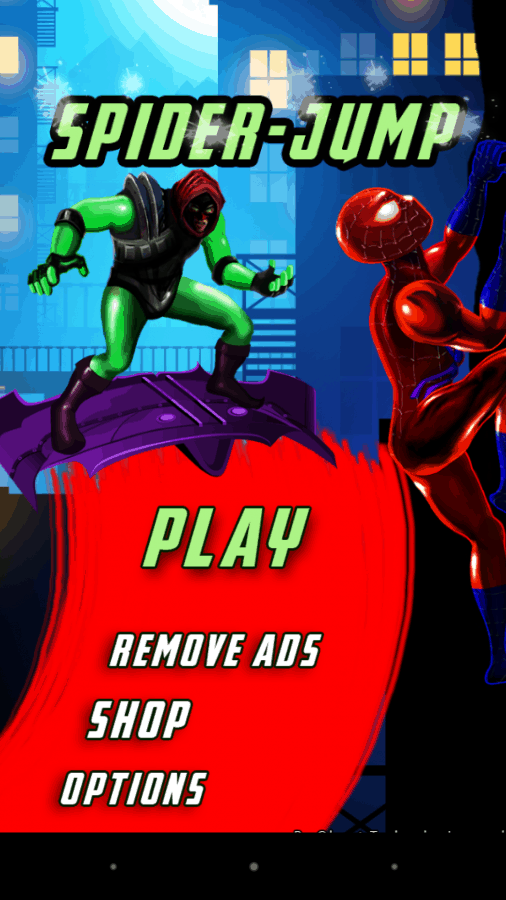 When you get started, you'll be given some pointers on how to play the game. It's fairly straightforward for the most part. You just tap anywhere to jump to the other side. There are a couple more things to take into consideration, like the ability to use a shield. 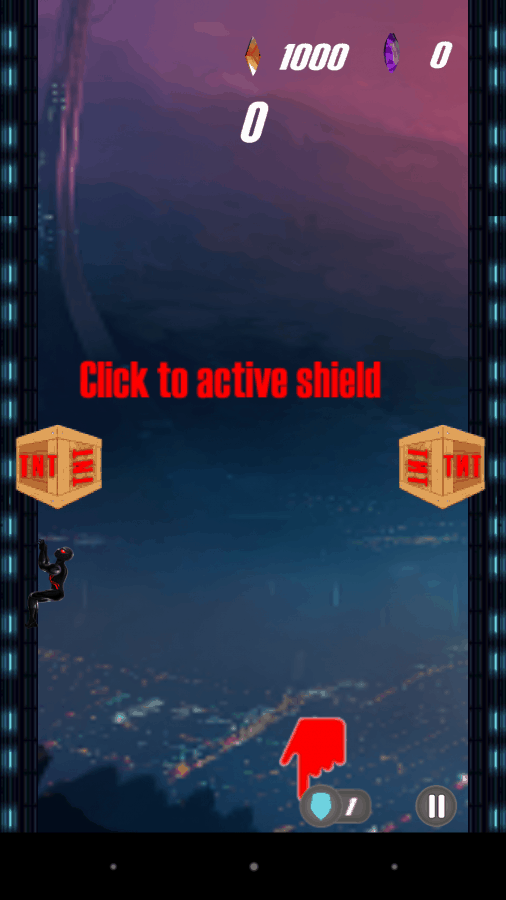 The idea of the game is to keep on going for as long as you can, but with obstacles and enemies, like the unpredictable Green Goblin to contend with, it can be quite difficult to reach your best score. 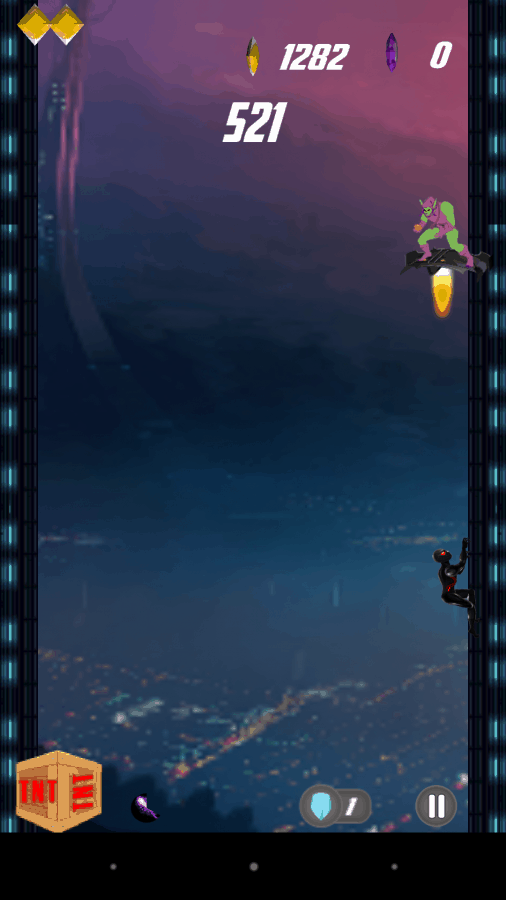 At the end of each level, you're given a score as well as some XP points to help push you to the next level. 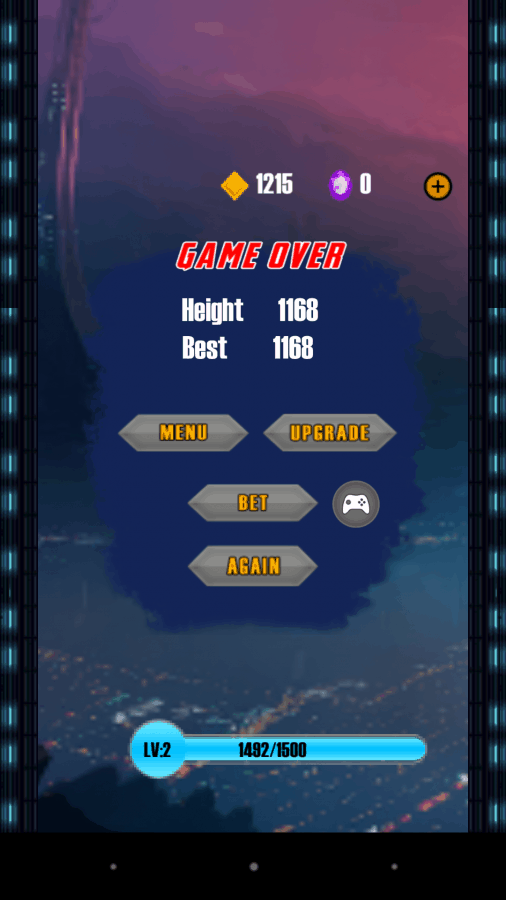 You can use these rewards to purchase different Spider-Man suits to adjust the overall experience. 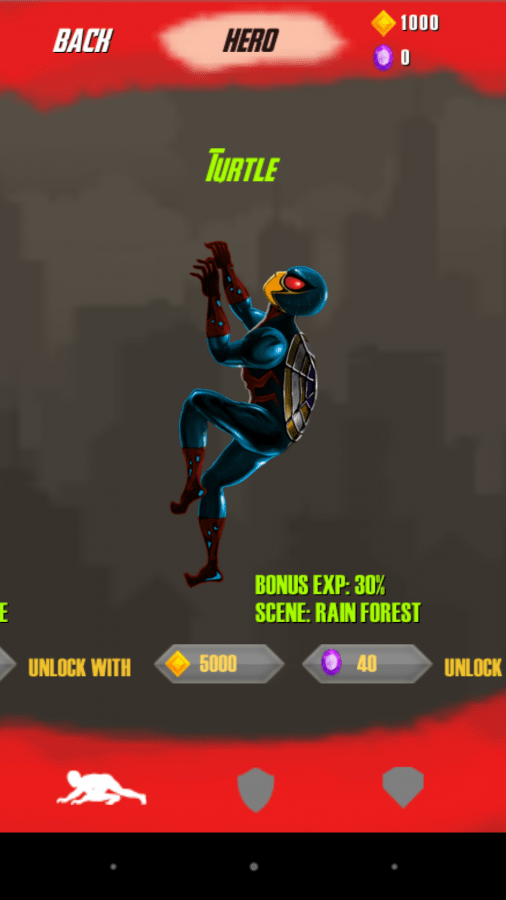 Each of these comes with their own different scene, like this cool one they did over Christmas: 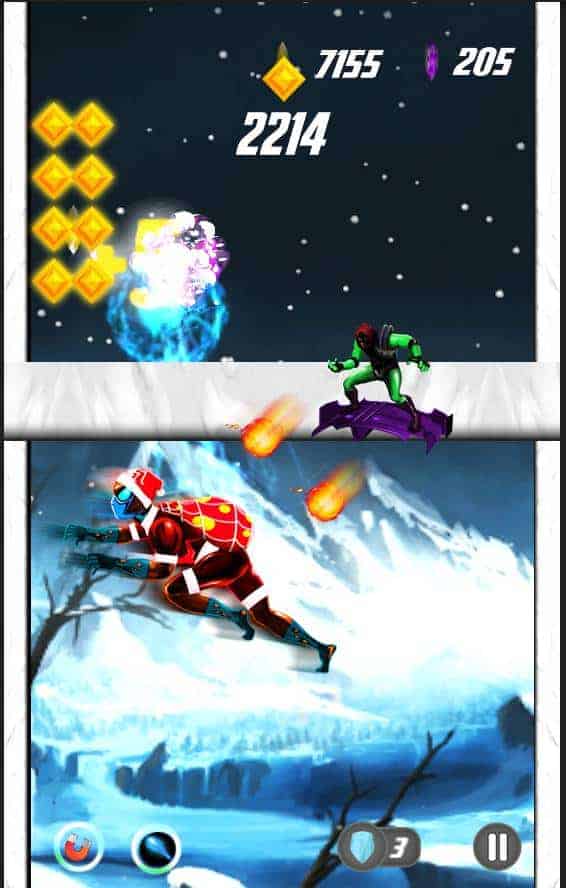 It's hard to capture everything that goes on in screenshots, but there is a lot to do when trying to create a new high score and overall there's a lot of fun to be had. 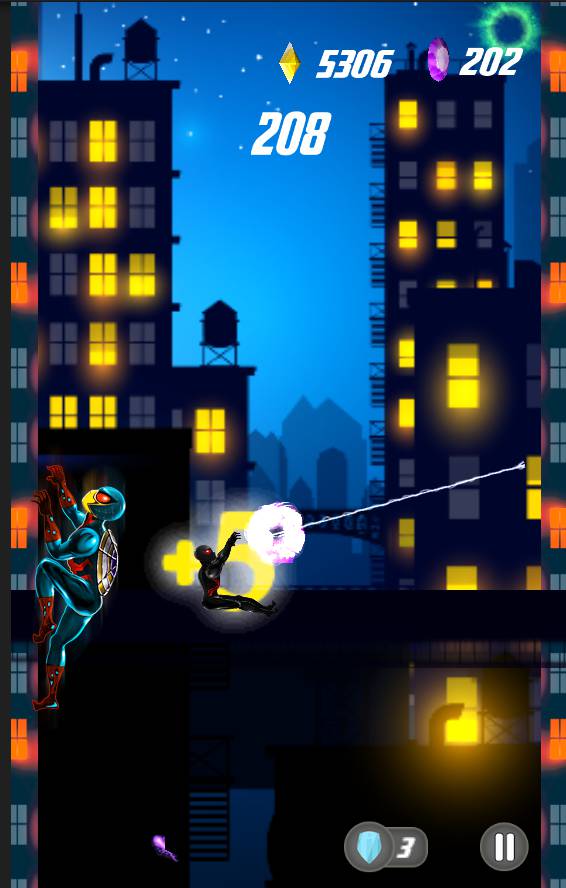 Spider Jump is a decent game, and while it's fairly simple in its controls, that means this is a game you can play anywhere; even in crowded trains. The game has decent controls and there's more than enough on offer to keep players occupied. I was surprised at just how much content there is in the game to be honest, and while I wish the graphics had just a little bit more polish to them, they do look good. For Spider-Man fans this is a nice, casual game that's arguably easier to play than the official games. Overall, I had a good deal of fun here. For a casual game, there's a surprising amount of content on offer and it's a challenging game once you get past the first few hundred meters.

All-in-all, Spider Jump is a simple, yet fun game that doesn't ask too much of its users. If you're a Spider-Man fan, then this sort of thing is going to be a lot of fun. Otherwise, you might feel like you're a playing a game you've played a number of times before. Still, there's a lot of content on offer here and many fun power-ups and such to play around with and different Spider-Man costumes as well. Altogether, a decent and fun, free option.