MATCH 456 is a new game for Android that builds on the gameplay experience of classics like bejeweled and match 3 games. Rather than task you with putting lines of gems together however, MATCH 456 wants you to match squares of four gems or crosses of five gems, or six gems in a rectangle, that sort of thing. It keeps things fresh by allowing you to swap any gem with any other gem on the board, they don't need to be adjacent to each other at all, they can be other ends of the boards or close to each other, it doesn't matter. MATCH 456 keeps things challenging though by giving you a set time period to complete the level or a maximum amount of moves. There's Google Play Games support for achievements and more.

To start playing MATCH 456 you'll need to first download the game from the Play Store. After that you're free to start. 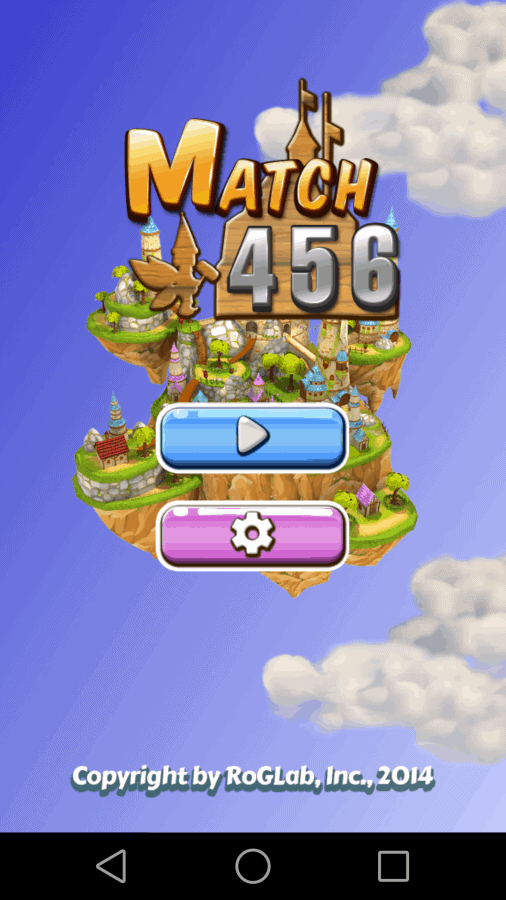 When you first start the game, there's a tutorial that introduces you into the game, and most importantly the key rule that sets MATCH 456 out from the rest. 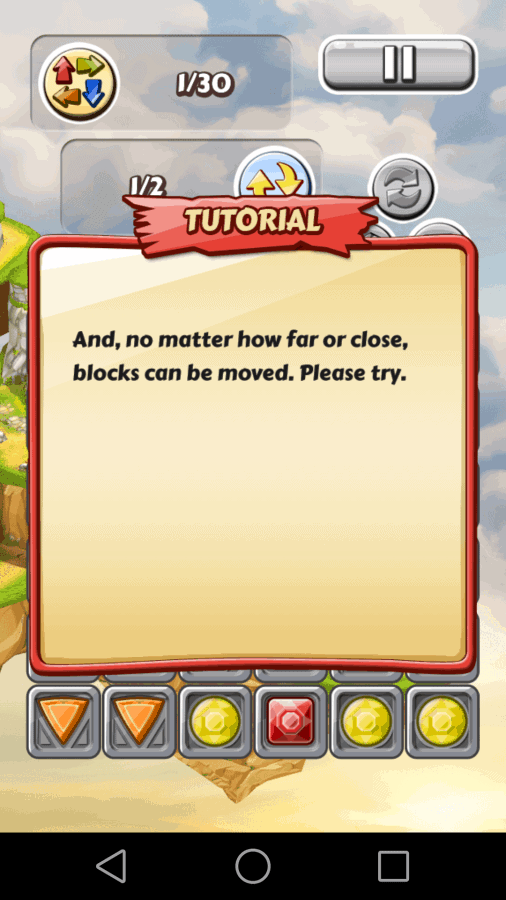 This might seem a little too easy at first, but each level has a different set of requirements you need to adhere to in order to complete the stage; like the one below is based on time and reaching a certain score. Sometimes you could have as little as 20 moves in order to reach the target score. 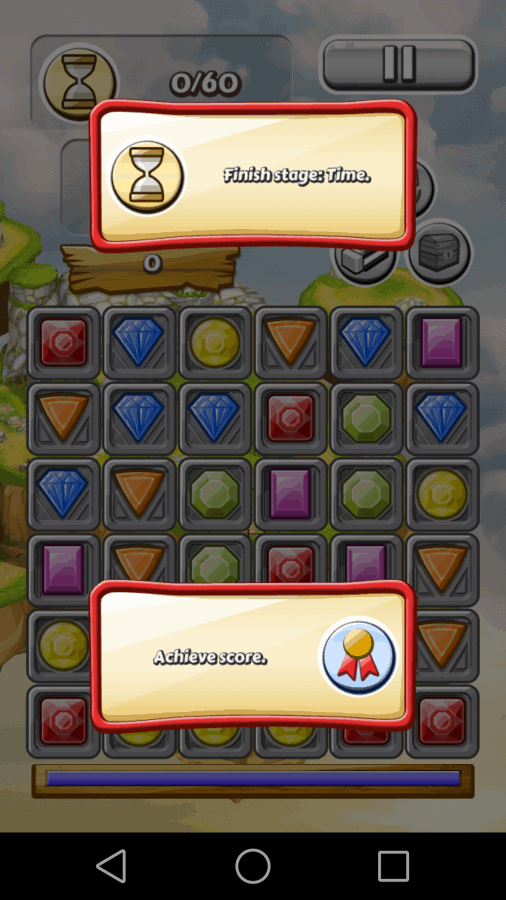 When you get into the game, it can be quite challenging, and something that is nice is that you can use this one-handed and the app scales to smaller devices as well as larger ones quite nicely. 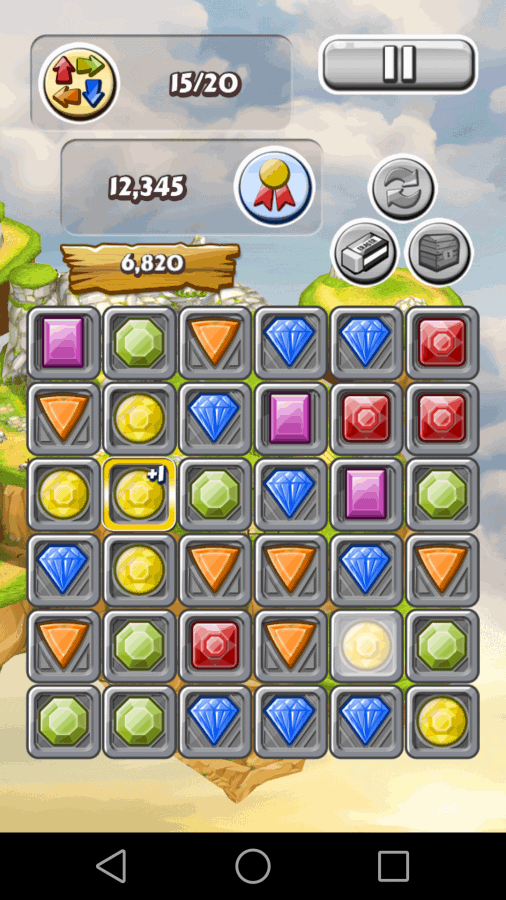 In the above shot I'm about to move the flashing yellow gem to make a five-piece match which will give me some extra points over a match 4 and should help me reach my goal. Sadly though, with only 20 moves and me getting a little carried away, I soon ran out of moves before I had achieve the score goal. 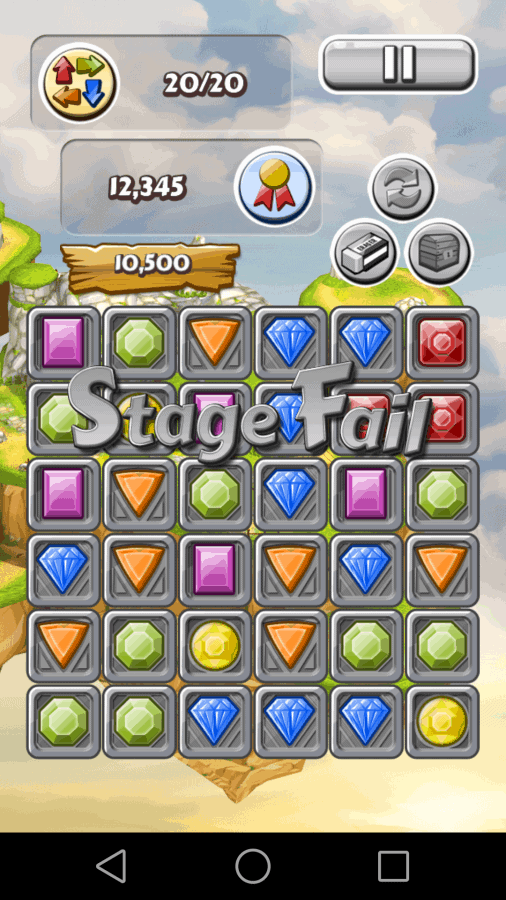 A nice thing to see in MATCH 456 is that there's support for Google Play Games achievements as well as leaderboards which are nice incentives to keep you going. 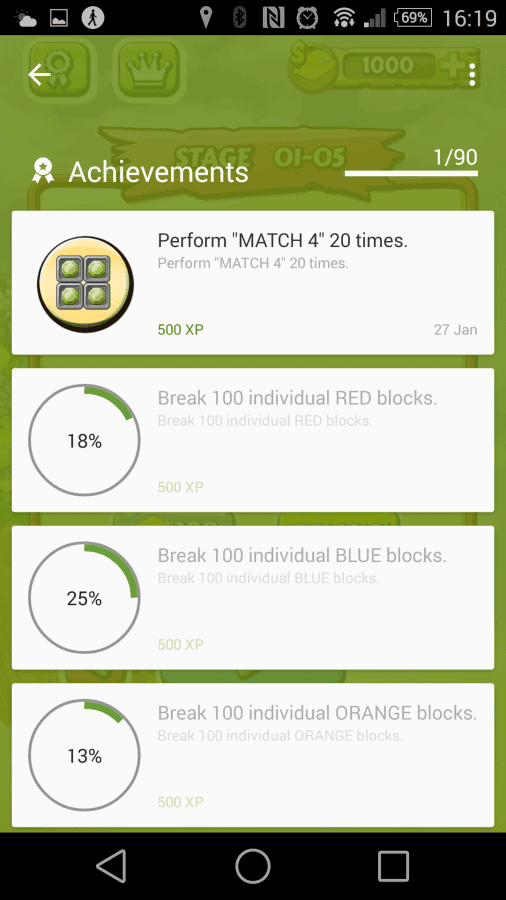 I've played a lot of puzzles games like MATCH 456, but this is definitely a fresh approach to things and it did take me a while to get used to. At first, I was hitting the move limit pretty quickly, but that's a good thing as I was enjoying a fresh gameplay experience while at the same time playing through a game familiar enough to really enjoy. There's a lot on offer here with MATCH 456 and the achievements and leaderboards are nice to see as is the ability to move pieces from wherever you want. That mechanic alone gives players more freedom than they'd get in other games, and the limits on moves and time help keep players on their toes still. It might not be revolutionary, but it's fresh enough an approach to match 3 games to interest players both new and old.

All-in-all, MATCH 456 is what it is, it's another puzzle game that uses gems and matching to get from level-to-level. However, there's more to it than that as the ability to move whichever piece you want to wherever you want makes this feel fresh and different, as do the restrictions when trying to complete each level. I found the move limit very tricky to overcome and I was happy to be given a new sort of challenge, that's for sure.